Back to film reviews Home 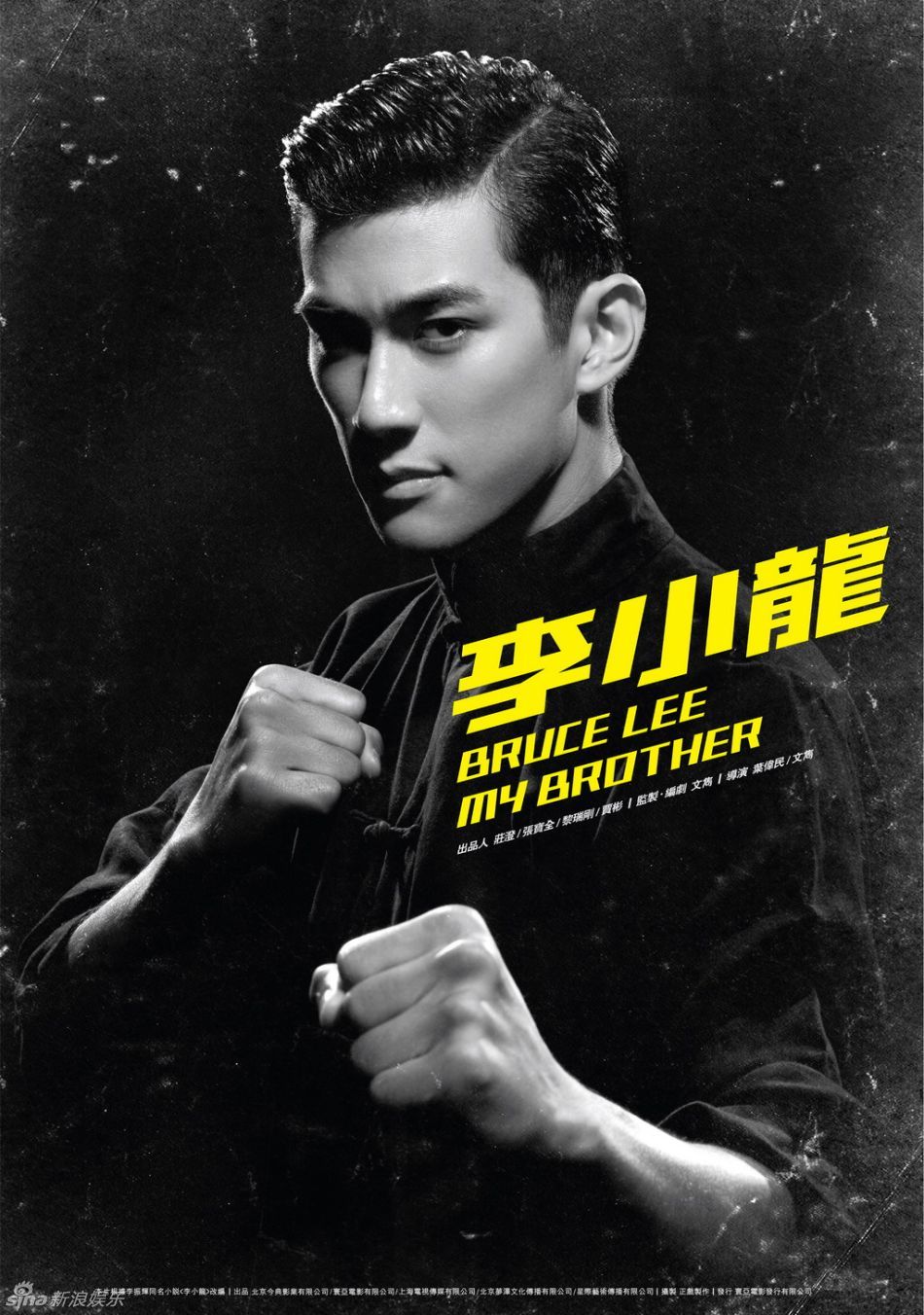 Bruce Lee My Brother is another Biopic of the great late master of Martial Arts. But and it's big but , this picture has one big thing going for it , What is it ? ,you ask. Well the film is about Bruce's early years in Hong Kong before he left for the States. It was also has a screenplay converted from a novel by Robert Lee ( Bruce's younger brother) . What’s more both Robert Lee and Phoebe Lee introduce the film giving their seal of approval .

The film follows the life of not just Bruce Lee but also his family , the brilliant Tony Leung Kar Fei plays Lee Hoi-chuen ( Bruce's father) who was a famous Chinese actor and performer who toured the World. Christy Chung plays Grace Ho ( Bruce's Mother) her first role for some time.

The story starts in San Francisco with the Lee's on tour and the birth of Bruce in 1940 ,the story shows how Bruce was named Bruce when the registering nurse gets the name wrong because of the Chinese Pronunciation. On return it shows how large a family Bruce had with a older Brother ( Peter) and two sisters ( Agnes and Phoebe) . Funnily it shows how Lee Hoi Chuen enjoyed a good smoke of opium each night ( a traditional Chinese past time ,though outlawed by the British ).

We go through the escapades of their clash with the Japanese army when they occupy Hong Kong ,then later on when corrupt Police Officials raid the the Lee Home to gain money from bribing them that if they don't pay they will arrest them for Opium possession. It's here that a young Bruce is seen with a look of determination as the officials harass the Family.

It follows Bruce's entry in to films as a child actor ,how he got to hang around the sets and watch his idols , of which one was the Legendary Shek Kin ( He played Mr Han in Enter the Dragon) . Bruce starred in some 12 films in Hong Kong and was a star before he left Hong Kong .

Bruce was also a top Cha Cha champion and we are treated to how he competed in a competition with his young Brother Robert who was born 8 years after Bruce.

Now Bruce also got in to street brawls with his friends mainly over stupid reasons ,his father wanted him to learn Tai Chi as a calming art ,but Bruce was more interested in learning a more formidable martial art .it was one of his friends that introduced him the school of Ip Man , and that is how he started in Wing Chun.

The film may not have many action scenes but is a insight to the Lee family ,and how amongst many in Hong Kong at the time where quite well regarded and had a good life .

We get to see Bruce go head to head in a collage boxing match and win ,it also shows his caring side towards his friends which sometimes got him in to trouble more then often..

It's around ths time that Bruce gets involved in trying to save a friend who has fallen foul of drugs. Destroying a drug den and outraging Police officials ,the only choice for his father is to send Bruce to live in the states ,with a $102 in his pocket the film ends with Bruce boarding the boat ,but then the story has just begun.

Aarif Lee is really good as the young Bruce and what fighting we get is quite good ,yes some of the scenes are slightly out of context in that Bruce is shown fighting in a manner he had not yet devised yet ,but hey for a explosive effect it works and makes the film a good time spent watching.

But the main stars for me was Tony Leung Kar Fei and Christy Chung who give great performances and who are cast in roles made for them.

All in all a good insight in to Bruce ,and maybe others viewing it may want to track down Bruce's early films ,which have been recently remastered and released in Hong Kong.

Introduction From Robert and Phoebe Lee

The Birth of Bruce ( above)

Young Bruce above, on set filming

Bruce and Robert in the Cha Cha Competition (above)

Aarif Lee as Bruce (above and Below)

Bruce leaves Hong Kong ,What happens next will take the world by storm .