aka: Five Fingers of Death 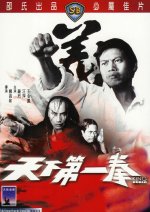 Before Bruce Lee broke in to the international market Shaw brothers released a film called KING BOXER starring martial arts supremo Lo Lieh .Released in 1972 before Enter the Dragon this film was the first real international Kung Fu flick that done big money out side of it's  territories.

Now as you see this is no slouch of a film Lo Lieh began his martial training in 1962 shortly after arriving in Hong Kong as a teenager then he got a job with Shaw brothers.

And many  films he made ,1n 1972 he got to star in this top fight film which encompasses many art forms and with a story to boot.

Lo plays a young student taught by a teacher called Sung who adopted him as a son  and along with his daughter and son had trained them in the arts .

Now as Sung was getting on he sent his son to train with his fellow teacher Suen who runs the Shang Wu school of martial arts and when he visits, Sung can tell that his son has excelled under Suens teaching and requests that Lo go and be trained by him as well ,while this is going on Sung is attacked by rival school thugs from the Pak Ming school but survives.

Any how after much resent Lo agrees to go and train under  Suen so that he may enter the Martial Arts competition .

If he wins he will be able to wed Sungs daughter if he loses it seems it wont be worth doing any thing because if Pak Ming school  wins the world will be a nasty place .

Now this is not a lie as Pak Ming is run by a tyrant teacher and his son who seem to bully everyone to get what they want .So there plan is to sabotage the other schools hopes of winning.

Now upon arrival  after he has saved a young girl from some of Pak Mings thugs ,Lo is deemed not good enough to train in the arts at Shang Wu and gets taken on as kitchen help, 'bummer or what',but this seems to be a means to a end as after a year of chores where he is picked on and abused he is allowed to train with thee others.

Mean while Pak Ming has recruited a man called Chen to help with the problem of the rival schools but when this fails and Lo beats him they enlist the help of three Japanese Samurai who are experts in swordsmanship ,Karate and Judo.

But upon hearing of Chens defeat by Lo teacher Suen tells Lo he is going to teach him the Iron Palm and passes on to him the teaching manual for this .

Now this is where the film really takes off with some top fighting ,terrific training scenes and the story gets involving with betrayal and plot twists which is quite unusual for  a fight flick from this time.

So i am going to go out on a limb here ,as i have seen this film quite a few times and say that this film is better then Enter the Dragon because it encompasses a plethora of arts and is filmed in a epic way and along with Lo Lieh's persona and on screen presence surpasses Bruce's film on many levels ,on top of that with so many stars on screen each with there own style of Kung Fu ,Karate ect' it's a joy to watch.

Now i watched the 2004 Celestial release from Hong Kong in     original soundtrack form with English Subs which i think is best,but  i reviewed this to coincide with Dragon Dynasty's release of the film in the west which should be out by now ,i am unable to speak about that version as i have not seen it but it is out now .

Reviewed By: The Snake

Lo Lieh made some 70 films when at Shaws then went to work at Golden Harvest for a while and then went the independent way .

He continued to star in many films and crops up in quite a few classics and Jackie Chan and Sammo Hungs flicks as well.

So the chances are you have seen him in one film or another at some point .

But due to illness  he passed away in 2002 . But with films like these he will never be forgotten. 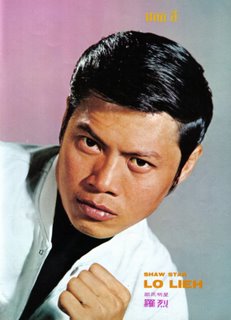 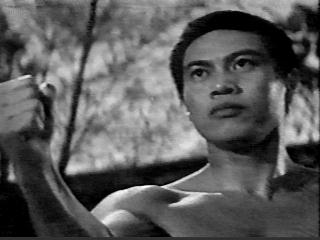 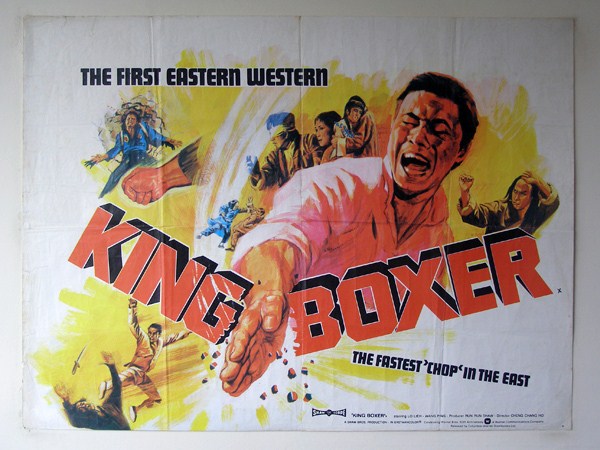 A Class Poster of the classic King Boxer (above) 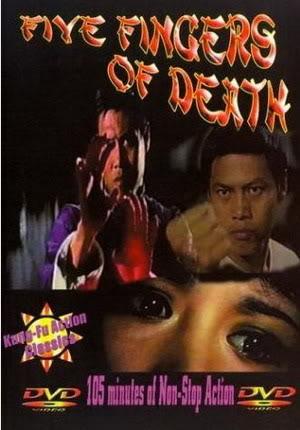 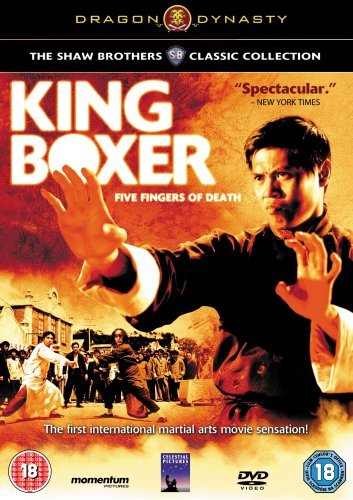