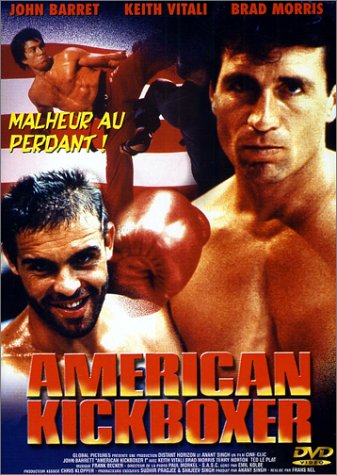 American Kickboxer (or American Kickboxer 1 to give it its full title - which shows confidence on the part of the filmmakers really, if you think about it!) is the fairly simple tale of Middleweight Kickboxing Champion B.J. Quinn and his fall from grace and subsequent rise again in the turbulent world of professional kickboxing. Quinn is riding high at the start of the film. Popular and successful, he wins fight after fight, but has earned the emnity of psychotic number one contender Jacques Denard. After a run-in at a party, Quinn punches out one of Denards friends, subsequently killing him. He is charged with manslaughter and sent to prison...

One year later, he is freed from jail and the main brunt of the film follows him at this stage of his life, as he tries to adjust to a world that has all but forgotten him, and attempts to find a way back into the sport that used to idolize him.

What i really liked about this film was its realism. There is no '1 man VS 10' martial arts battles or guys avenging brothers deaths; just a story about a year in the life of a troubled kickboxer. B.J. Quinn (played by under-rated martial arts champion John Barret, one of my favourite actors) is not a nice person - like any man he has flaws. He is aggressive, jealous and prone to sudden outbursts of violence (hence the jail-term) but even so, though he seems unbearable at times, he is a decent person, and i ended up rooting for him throughout despite his flaws. It is refreshing to see a martial arts film that shows us that you don't have to be perfect to be a good person. And in the end it is only when Quinn is at peace with himself and has accepted the good things that he has, that he ultimately triumphs.

Besides the always reliable John Barret, the film is also helped by solid performances from the supporting players and the 3-Dimensional, rounded characters they play. Terry Norton as his wife Carol and Keith Vitali as his friend Chad are entirely convincing as they try to deal with Quinns bad temper and help him through this bad patch in his life. Their mixture of love and frustration towards this difficult but decent man is touching and well-acted. Also of note are Brad Morris as his psychotic rival Denard and Ted Le Plat as sports journalist Willard, who is brilliantly annoying but likable as he lies, connives and pulls strings to bring about the killer story that he's after - a grudge match between Quinn and Denard.

Although American Kickboxer is a film about martial arts, to me its mixture of good acting, good characters, good direction and a great script make it seem more like a bona-fide sports movie, like Rocky, than a martial arts film.

However the film is not flawless, far from it - it is a tad overlong, and as a martial arts fan i feel the human drama could have done with giving way for a few more fight scenes. Also, whilst it is good, its by no means remarkable and not likely to linger long in the memory. Nevertheless, it is good to see a martial arts film that tries something a little different, and the depth of its characters, quality of its actors and realism of its script make it seem much more professional and cinematic than its straight-to-video roots would indicate.

*theflyingninja is a avid martial arts film fan and has done many reviews over the last few years.All of which have appeared on the IMDb site.
Alternate covers and posters 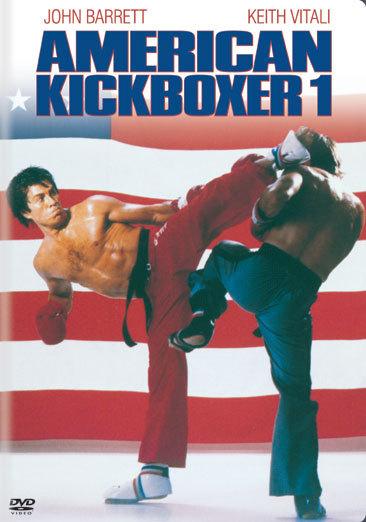