The one thing we have all missed these past Year and half are public events and shows. and though the opening of these are still limited , and I dont see a return to normal till well into next year .

Even though Digital online events have been happenng in many communities , like the recent Hyper Japan Online event with many portals for your fix of Japanese culture , some Free and some pay for via Zoom . We all want one thing and that's to get out there and be at a event in person. Oh how we have missed those.

I recently went to the cinema for the first time since 2019 Christmas. and it was so surreal being out again.

So some events are happening , Rick Baker of Eastern Heroes has started up his Kung Fu Cafe again with the first one kicking off today , though I was unable to make it , I will make sure I get to the next one.

Also the Mighty MCM Comic Con is returning to London in October and Birmingham in November of this year . Though some limitations will still be in place as to numbers allowed and all attendees must wear a face covering at the event , it looks like it's slowly coming back to normal.

Tickets for Comic Con are on sale now and the Weekend tickets are sold out already. But single tickets are avaiable . Will I be attending to cover the show? I 'm not sure yet . As Stars and events for the show are still to be announced I really need to know what's happening first.

But I will be applying for a press pass and see if i can attend. But if I'm unsuccessful in the Press pass request because their pretty random how they apply these each time , some times i get them and some times I dont.

Thing is if I'm unsuccessful it may be to late to get tickets due tot the limitations on numbers this year . We shall see.

But hopefully a few more events will happen before Christmas and the KITG team hope to meet old and new friends at some of these .

Till then Stay Safe , Train Hard, and above all enjoy Life as it's The Only Way To Survive. 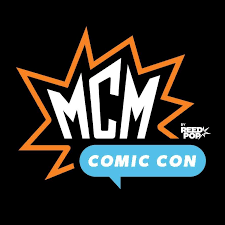