Hi all, Bruno B here with another dose of gaming news. XBOX celebrated 20 years of Xbox on Monday 15th November with a special half hour show announcing a whopping 76 new backward compatable titles available to play on your Xbox One / One S / One X / Series S, and Series X.

Included are a mix of OG Xbox and Xbox 360 titles, bringing the 360 titles playable to over four hundred titles now.  Among these games where some real gems like Timespitters Future Perfect and its sequel, three games from the Dead or Alive fighting series, Max Payne 1/2/3, and a few titles from Sega's back catalogue including Binary Domain, OTOGI 1 & 2, and GunValkyrie.

The list is extensive and though it does contain some games that where released digital only on the 360, its still a impressive list, especially for those with a collection of OG Xbox titles. Whether all of these titles will be able to be purchased via the storefront is unknown at present, so it may be better to track down a original disc to  be able to play the game.

But you can bet your bottom dollar that the savvy people on ebay and second hand games sellers like CEX will be reviewing there prices on some of these games as their now available to a new audience.

Sad news is that it seems that might be it for the backward compatable program, as licensing some of these old games is quite dificult as some of these IPs have changed hands since they launched and the biggest titles to suffer are games with Licensed cars, sports peronalites and Movie or TV licensed product..

Yes many are still wishing for the likes of PGR, Buffy the Vampire Slayer, Ralisport challenge to re appear but it looks like these games are relegated to being played via the original disc on original hardware only.

Also Xbox have released a series of new controllers in various finishes with the XBOX 20th logo on to commemorate the twenty years, these come in wired DUKE versions and Series S/X wirelesss versions.

I will be back shorlty with more gaming content going live on site, and also where be covering the Game Awards from the comfort of our armchair on the 9th December.

This BrunoB signing of. 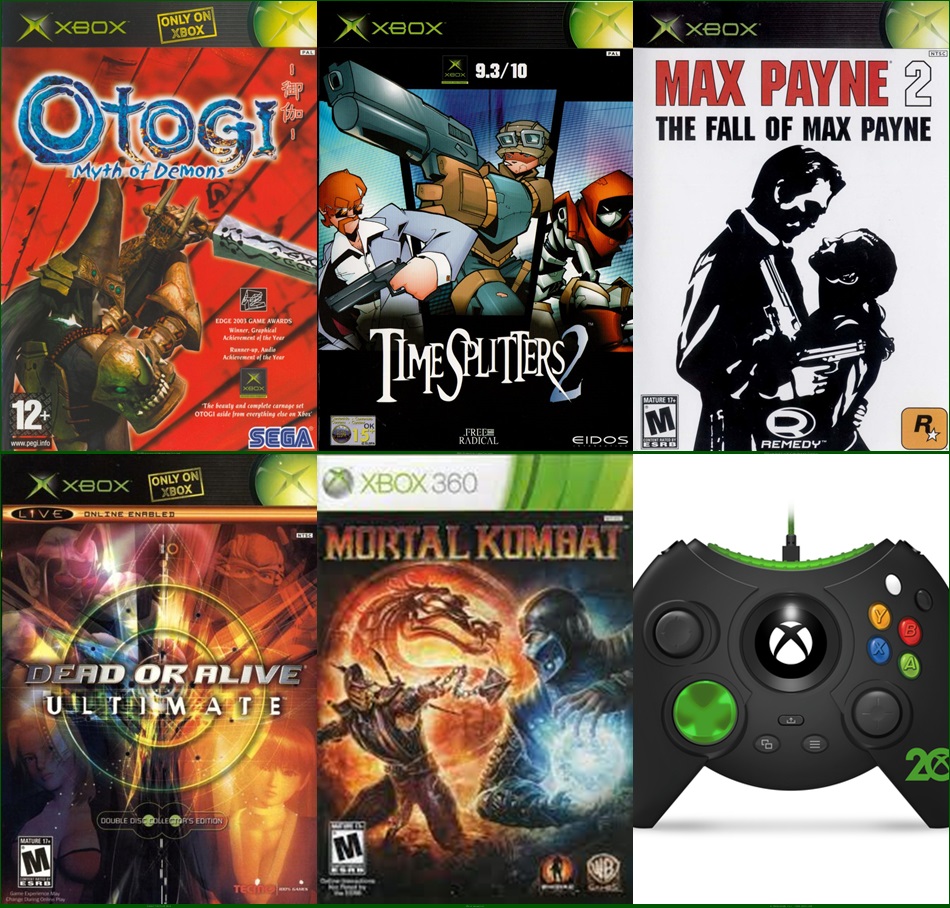