Yes this weekend is the weekend Martial arts in the UK took a blow, It's with sad regret that i report of the lackluster professionalism at this years Martial arts show, After the canceled MMA show, it seems the knock on effect took it's toll ,as the moment we arrived things  seemed dodgy.

Signing up for seminars was the first inkling. the staff had no proper list for seminars and no schedules,with a overly long wait for what was a short queue  ,one staff member who obviously new what was going on about who was there,was speaking to another, I overheard her say,it don't matter let them wait it won't make a difference .

Yes i was able to book a seminar ,with a guest who was not actually at the show. so when my seminar time came ,there was no one to take it, i must admit i had found out before hand that my chosen candidate for instruction ,Mr Cassonova Wong was not here. But many people did not know who and who where not there. 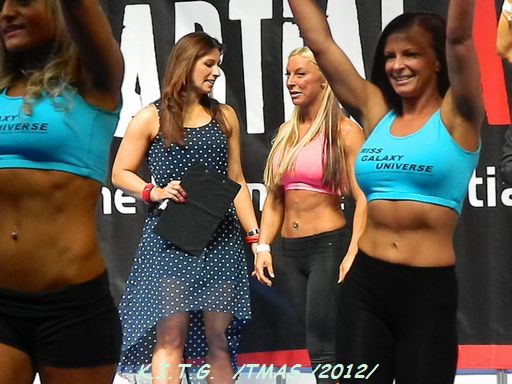 For starters the appearance of the place and set up was shabby ,with empty stalls,and the event was smaller then ;last year ,the area used for training and seminars last year was a closed off piece of the hall, The seminars where located around by the stage by the restaurant,with no privacy like last year, i thought this is not good! Silvio Simac and Bill Wallace where doing seminars on mats  which where in some places held together with duck tape. and Mr Wallace had to contend with a crowd and people exiting the restaurant..

Not professional at all. There was also a lack of performers as many performers where doing 3 or 4 sets each ,i would see someone performing Akido and think that was OK, then move on to the next mat or stage to see who would be up ,and hey it's the same guys from the last stage.. 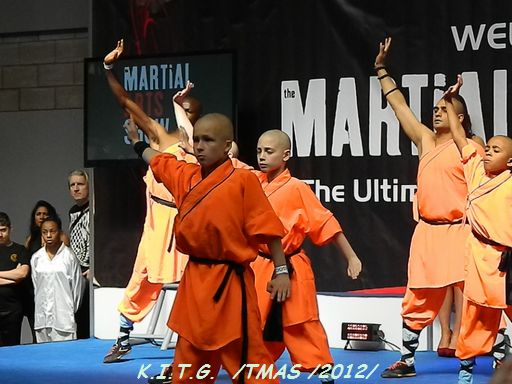 At one point ,i thought i'd come to the Shaolin Monk show. Trith be told the Shaolin Monks have lost their true standing,ever since it became a business .And these guys wanted to sell you things at their store .

I think i saw the Shaolin Monks on the main stage 3 or 4 times. i only watched them once, but as the place was so small you could see who was where.

I actually feel sorry for the families that traveled to the show ,to meet the stars ,that where not there, who had paid there money in good faith and where offered ,as one friend of mine described it as  (who was performing there) a local market of haphazard stalls.

In fact when it was time for my friends troupe to perform (he was a little nervous being on stage ) they had actually forgot about their slot and had closed off the event till one piped up and said what about us. Professional all the way -NOT.

At one stage they had roped in a member from STEPS, who had visited the show ,  to have a interview on stage. The only thing keeping many men at bay was the Miss Galaxy competition,but then females in Bra's Bikini's and doing workouts and strutting their stuff on stage pleases any man.

But after you had seen them repeatedly,you start to wonder am i in the right show.

There are many other things ,some which i discovered  at the show,  things i can not divulge as i have been asked not to quote,things that would rock the martial world.

But one things for sure my trust and respect for the show and it's organizers  took a mighty blow yesterday and one i think it won't recover from.

The people that organize these events call themselves Martial artists,in Martial arts there is Honor,Respect ,a Fellowship,it looks like they turned to the dark side,grabbed your money and said fool you for beleiving us.

On a lighter note* it was a good day for K.I.T.G. as i was able to make new friends ,and discover a old one.Plus it looks like i will be doing another feature on a famous martial artist soon.

Also i will be posting some pictures of the show on here ,on the main sites photo gallery and on Facebook page for the site.

Just because the show was a shambles ,it did NOT mean the performers that did turn up where not up to scratch ,they did there best ,but with a dwindling crowd there showcase was not seen by large numbers. I will post the pictures so anyone featured can copy the picture for their own use.