Kelly Hu to appear at London MCM expo in October 2013

Fans of CBS TV series Martial Law with Sammo Hung will be pleased to know that  co-star from the first series Kelly Hu will be attending London's Comic Con at the Excel the weekend of the 26th and 27th of October. 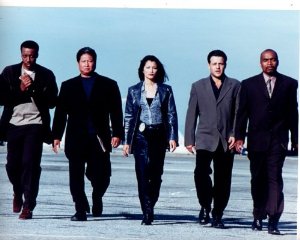 Kelly also starred opposite The Rock (Dwayne Johnson ) in The Scorpian King and budget action film The Tournament with Ving Rhames and Scott Adkins.

Her latest work sees her as China White in the new show ARROW.