Jackie Chan's Police Story series is getting a special screening at the Prince Charles Cinema in London's Leicester Square.

When is this happening, well September 2022, and it's part of a Jackie Chan retrospective which totals five films in total.

For those who can take the heat of watching all three Police Story films in one sitting then the 8th September is the date for a marathon of Chan on the big screen and all in remastered 4K with HDR.

For those wanting to see just one or two of the films, you can, as all three films are showing on alternative dates, visit the Prince Charles Cinema website for all the times and dates.

The films are spread out through September with each film having three seperate screenings as well as the Marathon on the 8th September.

But for those lucky enough to have a 4K Bluray player and a decent sound system, you to can enjoy these new 4K remasters at home from the end of September as EUREKA  are releasing a box set of all three films in 4K HDR so you can sit back at home and enjoy the films.

Coming in at around £70 I do wonder how much better quality can they make these old films, for films that where released on VHS back in the day, then DVD which improved the picture and sound by a large margin, then the more recent Bluray editions in 1080p, are they really that much better?

Or is this this just a cash grab praying on those Jackie Chan completists that must have every version of every film Jackie Chan has done?

I do get irratated when these companies just concentrate on releasing the same few films repeatadly in various formats, when there are other films from Jackie and other stars that have not had a standard release on DVD or Bluray yet. 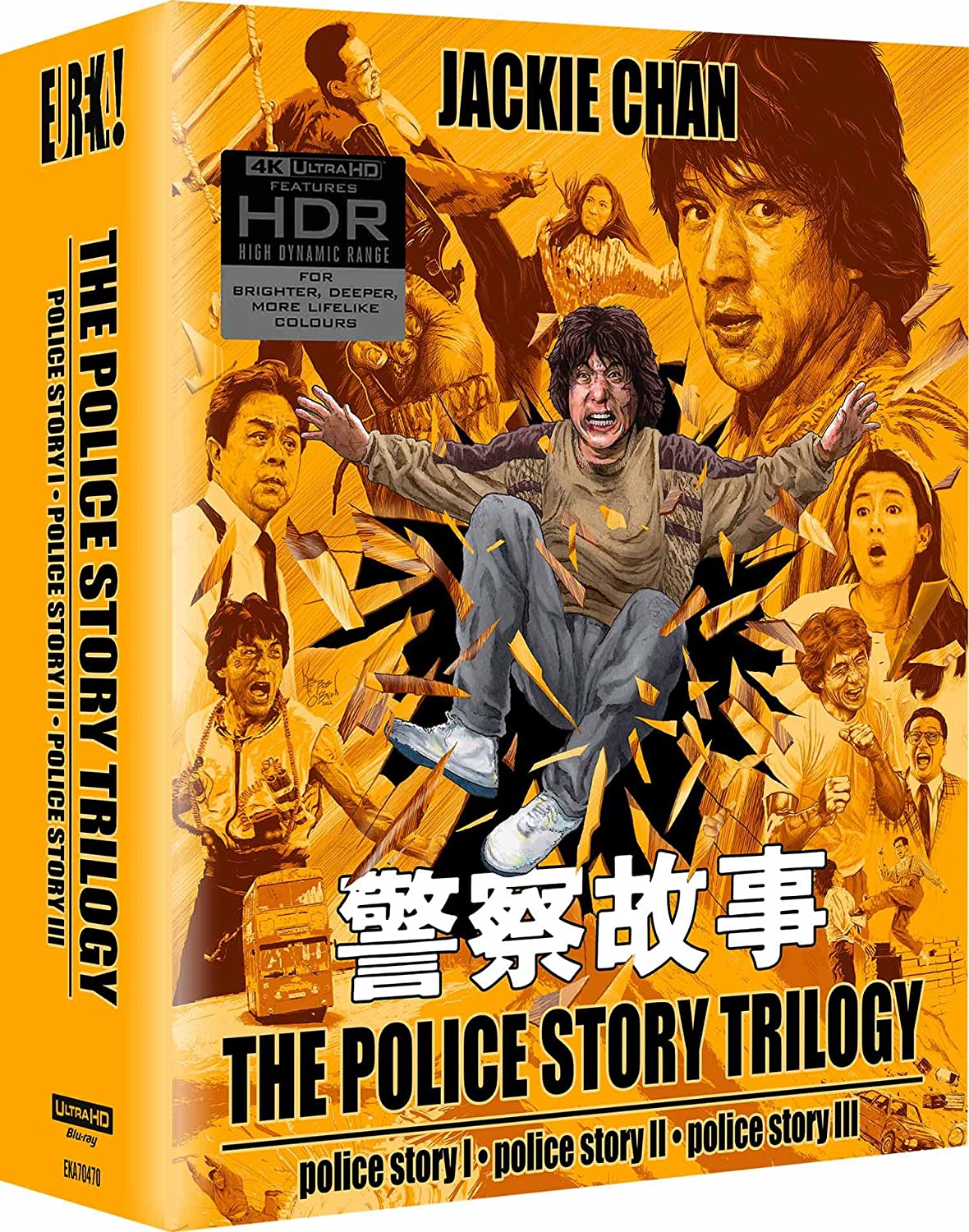