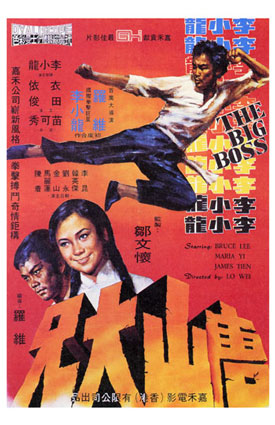 Bruce who plays Cheng goes to Thailand to find work with the aid of his Uncle.Cheng has cousins in Thailand and they have offered to find him work there .Now Cheng is a mild mannered man with a martial arts ability that has led him in to trouble in the past as he often takes action before thinking about the out come.So because of this his mother has given him a Jade pendant to remind him not to fight when trouble arises.

Now his cousins get him a job at a local ice Factory ,but this factory is a front for illegal dealings and trouble is about to start.

Two of the cousins whilst working break a block of ice and discover inside packets of white powder! (this factory is a front for a drug smuggling operation).When work is ended the two Cousins are asked to stay behind to see the Boss (Big Boss Hsiao Mi played  by  Yin-Chieih Han).

The two are told of the smuggling operation and offered better Jobs and Money ,but when they refuse they are dealt with accordingly (THEY ARE KILLED).

Now the remaining cousins become worried about their relatives  and ask the Boss about them as he was the last to see them.The Boss says they left after the talk they had and that they should not worry ,Boys will be Boys .When they fail to turn up a  further two of them ask to see the Boss ,but when asked the Boss just says they came and left after there talk,but when they say they will go to the police the boss has them eliminated but not with out some of his own men being killed in the process by Cousin Hsu Chien played by James Tien ,who was to be the lead in the film until the makers decided Bruce should have the role.

To take the blame from himself ,or shadow the blame we will say Boss Mi makes Cheng the foreman of the factory ,feeding him well and providing sex for him in the form of prostitutes .This alienates the remaining cousins against Cheng (there's a lot of cousins here) one who is played by Lam Ching-Ying who in turn was assistant action director on the film.

Anyhow when a prostitute tells Cheng the truth he Unleashes his fist of fury towards Mi and his men ,breaking in to the ice factory at night and finding the proof he needs.

Upon viewing for a first time what becomes apparent is the ability of Bruce lee in the fights and how much presence he had on screen ,something that  not all fighters have  to become stars.You can be a great fighter but with out a good persona people won't want to watch you. 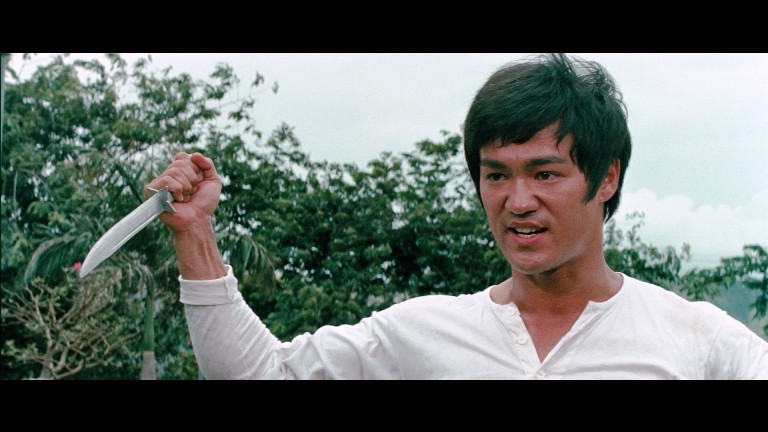 Bruce Lee as Cheng sends out a stern message

On second viewing you realize how tragic the film is with people being disposed of left right and center for the gains of money.It also shows you can only push some one so far before they fight back and then it may be to late for the assailant to escape.

Revenge  is sweet they say but only when it's done for the right reason! Justice. 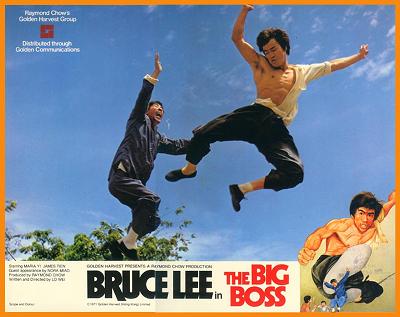 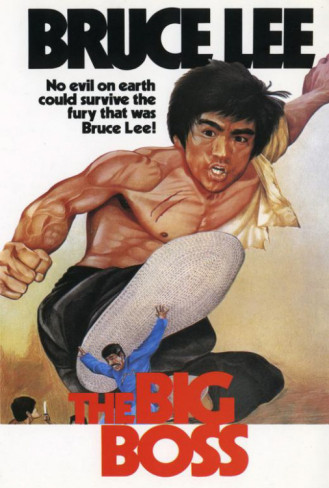 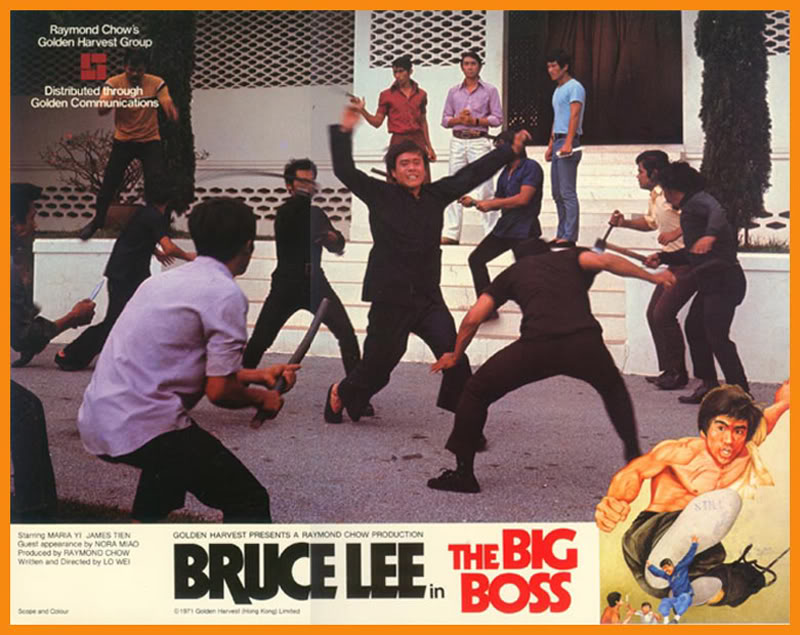 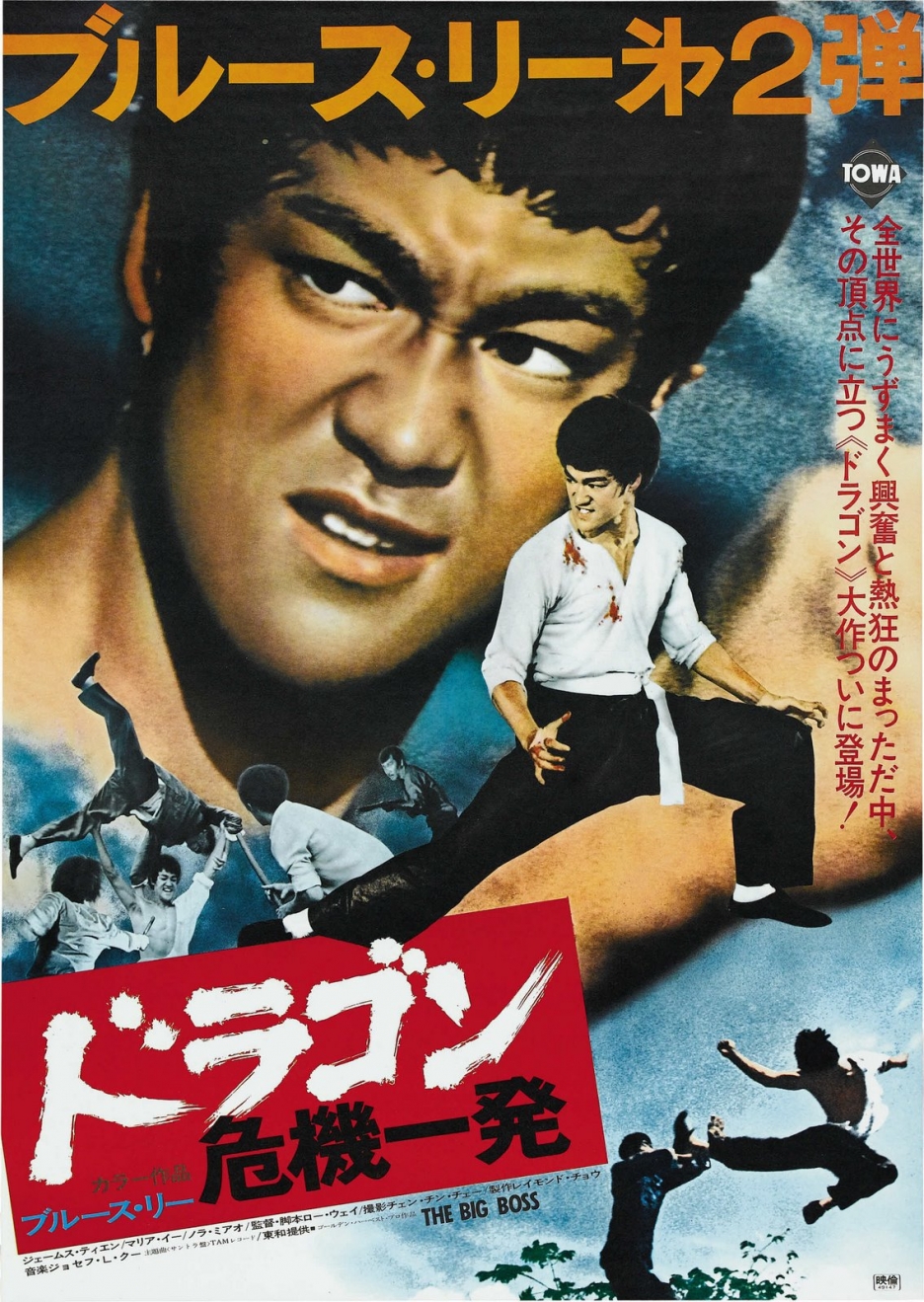 Fist of Fury  - 1972 - In this classic tale Bruce proves what a terrific actor he was.