Back to Pinky Home Based on a Manga by Rei Mikamoto

aka : KYONYU DRAGON / Strippers5 vs Zombies Not a lot to say about this film but,WHOA! What the Hell was that.No Really .OK to be honest i have quite a lot to say .

BIG TITS ZOMBIE aka Kyonyu Dragon is a film by horror writer/Director Takao  Nakano.It's based on a Japanese Manga by Rei Mikamoto.The story is basic somewhat.A group of five strippers who work in a club with no customers find a hidden passageway that leads to a mystic well .Also laying around is the famed Book of the Dead .When one of the girls starts chanting from the book the others just thinks she's a bit crazy.

Just you wait when the undead start coming from the well and start attacking people and turning every one they bite into fellow zombies.

Starring one Sola Aoi (Japanese Adult film star) as Lena who takes a job at the club after falling on hard times after coming back from Mexico (she's even got the Sombrero to match her outfit what there is of it,very Nice) .Also in the film is Risa Kasumi (another Adult starlet ,and a Big Girl she is) as fellow stripper Ginko  ,a hard as nails girl who has served time in prison for killing her kid sisters crazy killer.

From the beginning you can see the film is low budget ,but the players give all they got and are quite convincing as the five girls caught up in a zombie hell.

Now Maria the girl who let the beastly Zombies back in to the land of the living is intent on having it her way and when the girls are attacked  during a routine on stage they head back to their room for refuge .Fighting of the horde (well i think about six guys ,one in  dress) they decide what to do ,Maria  heads back to the passageway and locks them in the room to fend for them selves.

Now what's funny is the way the same people as zombie's keep turning up to be killed .With Huge screen splatter effects which splash across the camera it all looks quite seventies.

But it's when they escape taking refuge in a nearby club that they have entertained in previous that the film picks up and goes in to overdrive ,when Lena and Ginko find there weapons of slaughter (Chainsaw and Sword)  .Trying to save there fellow dancer who has been bitten and is slowly turning in to the undead.

Reluctant to kill her they soon change their mind when she emits a flame thrower size flame from her Fanny .Now the two must fight the horde to escape ,but their other problem is Maria who now has control of the zombies .With gusto the two  girls enter in to battle slicing zombies in to bits ,with arms and limbs and other internal organs flying around,Of course while this is going on the girls seem to bare more and more flesh until they are barley clothed and Blood splattered at the same time.

In the end they must confront Maria and her creation of Darna (another stripper who disappears ) Darna is now the ultimate zombie with tentacle like organs that try and penetrate the girls (TOLD YOU IT'S CRAZY),but it's a amazing what you can do with Wasabi Paste.

Big Tits is one film that needs to be watched with a open mind and not be taken to seriously .There are so many funny scenes that will have you thinking ''have i just seen that''.

Budget it might be ,but entertain it will do.Plus as a bonus the Terracotta DVD release includes both the 2D and 3D cinema release.You get two pairs of those Red and Blue Glasses in each pack.I must admit the 3D is not fantastic ,i saw this at Zipangufest and to be honest unless your dead center to the screen you won't see anything much but blur ,But again the 3D is only sections of the film which have a notification in the top left hand corner of the screen to get ready with your glasses.

So top marks to Takao Nakano and to Terracotta DVD for releasing such a diverse film on to the UK market. 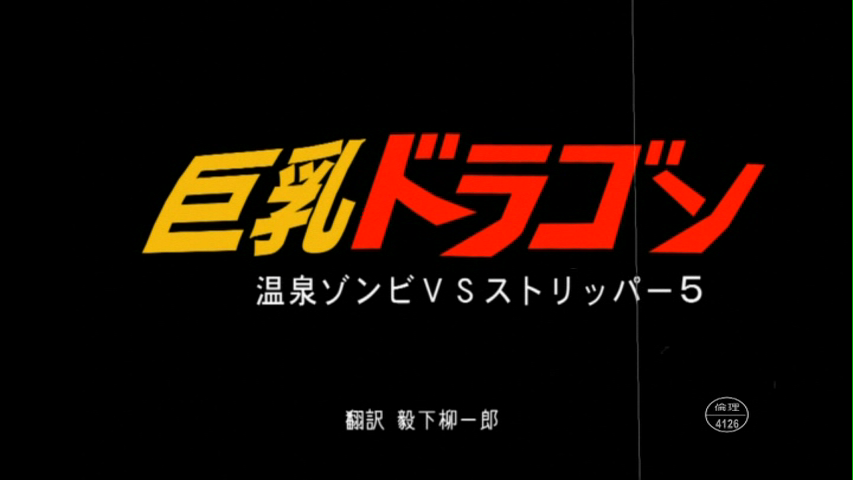 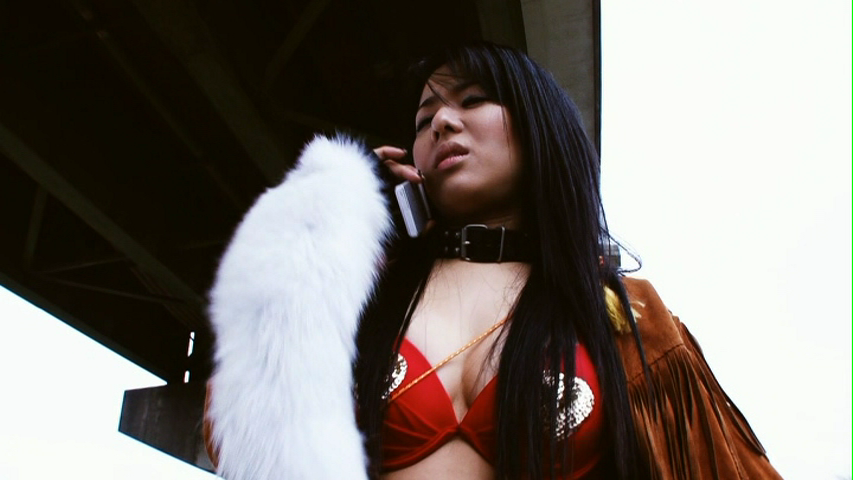 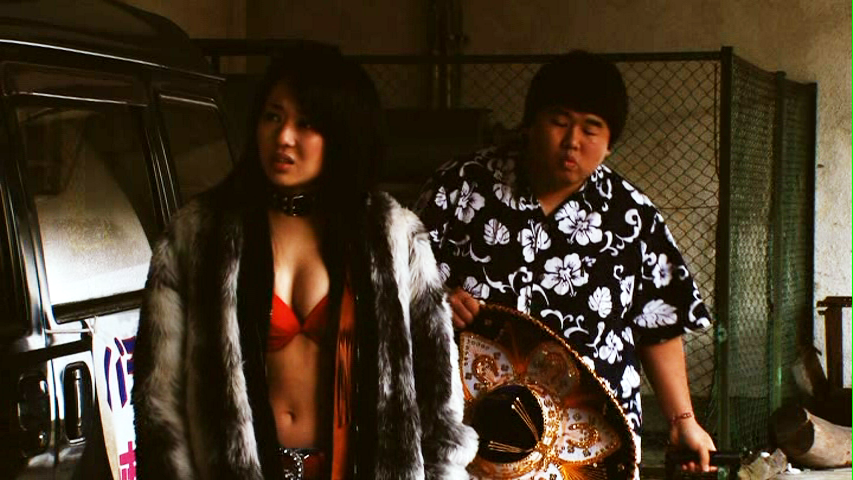 It's a close Nit Group 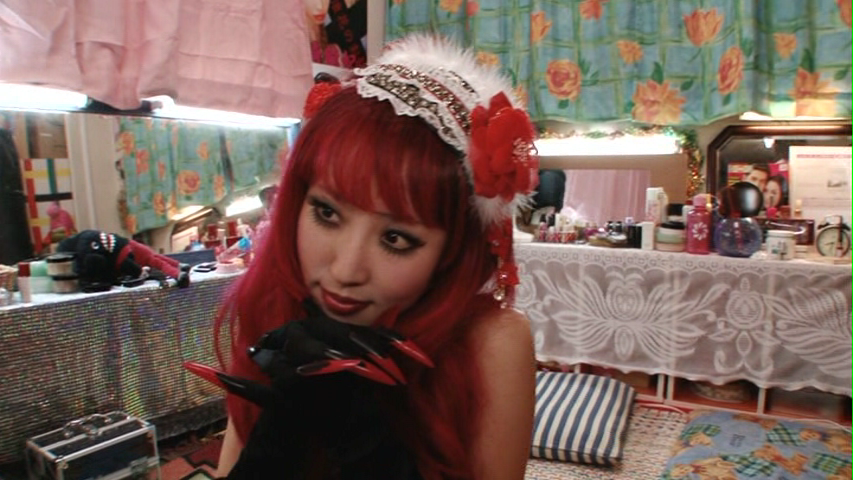 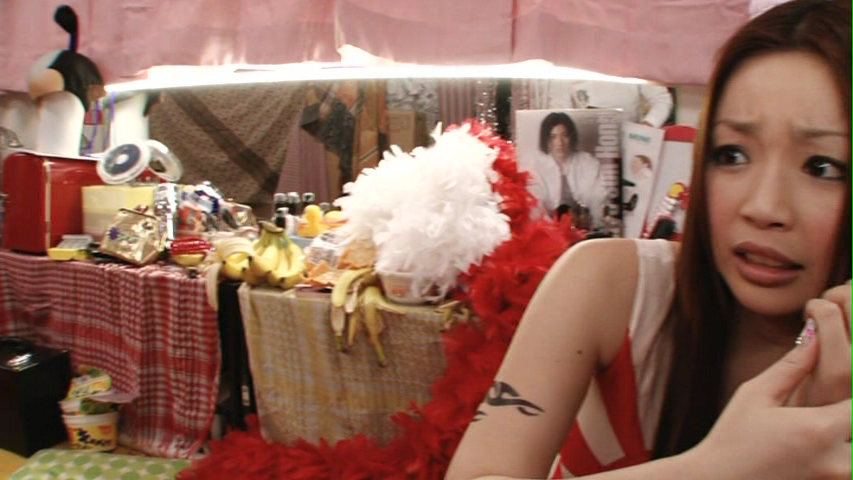 The Things we girls do to entertain . That's one pair of Tits to put you off your lunch Not to worry ,it's only Human Sushi. 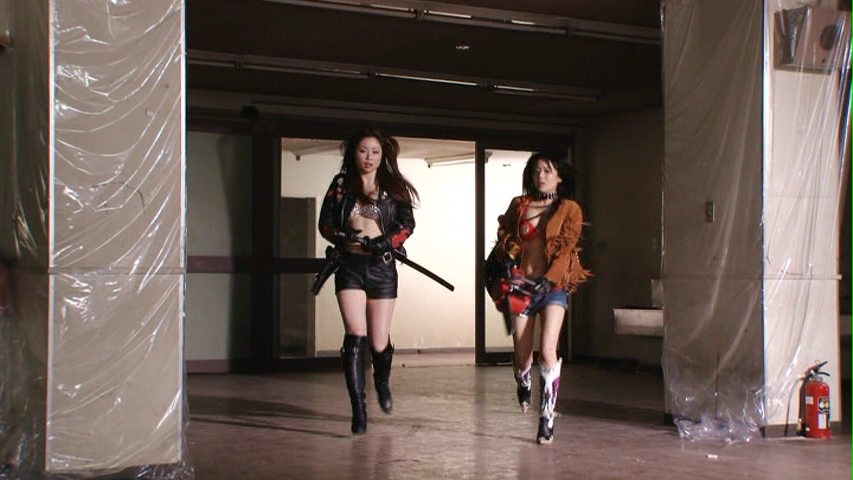 Come on Girls ,Slice those Zombies to bits. 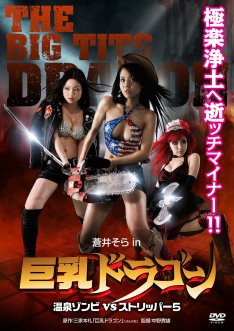