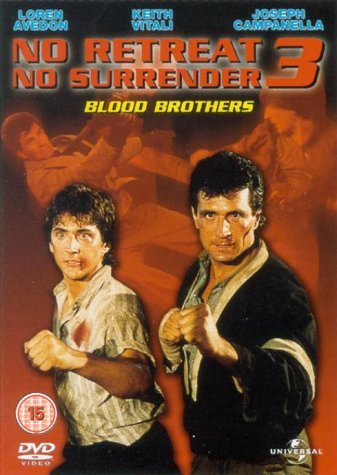 Loren Avedon returns in the so called Sequel to No Retreat No Surrender 2 ,Once again the story has no connection to either of the earlier films.Tag Titled ''Blood Brothers'' ,this time Loren plays Will  Alexander a Karate Instructor  who's father is a CIA agent who is about to retire.

Will also has a brother called Casey ( Keith Vitali) who also works for the CIA as a agent to .Now the family are due to meet at their fathers house for his retirement party.Along the way Will's car breaks down and he arrives late making a entrance that has everyone looking as he drives his car up the garden.

His father is pleased to see him none the less.Will's brother does not approve of Will's lifestyle and feels his entrance and the fact he wearing a USSR jacket, insulting considering the guests at the party are mostly US government officials.

But all is well the party is going fine till Casey gives his father a present of some tickets for a holiday  from both he and Will .Will edges away and when Casey confronts him the two argue about Family Values and such .Will storms off in his car but when a little way away he see's the present he had for his father on the back seat and decides to return.

But Will and Casey's father has made a few enemies over the years and one such man called  Franco has plans to kill Their father.

Casey has taken his girlfriend home and the other guests have left .It's Now the dead of night and Franco's men storm the house and after a slight confrontation capture John Beat  him and kill him.

Some time later Will arrives back only to find his father dead in the swimming pool ,as he sits there Casey walks in and the two have to deal with the death of their Father.

At the funeral CIA Colleagues offer support and say they will catch up with them.Will seems none to enamored with them and after a remark storms off with Casey left to take the flack.

Now Casey is asked to leave the case alone and let the CIA get on with it ,he can not be involved as he is family .The new head Jack and his fathers friend Mack suggest he takes a vacation.After some trepidation Casey agrees.

The truth is Casey will go it alone and with the help of a friend gets vital info in the form of a Top Secret file .

Will has his own plans to find the killers as does Casey ,but the killers also plan to get Casey and in a incident in a car park Casey  is attacked with Will arriving just in time to help.After dispatching the foes Casey tells Will to got o his apartment and take some files with him too.

While Casey clears up the mess with the Police ,Will discovers information in the file that could help him find his fathers killers ,so he decides to take off and go it alone leaving Casey in the lurch.

Now with his new found info Will decides to try and infiltrate the gang by getting noticed by one of the gangs superiors, a low life named Angel. .Now after finding where the gang hang out Will gets help from his Karate buddies to stage a fake brawl and  in the process save Angel who believes his life is at risk. .Acting as nothing fazes him Will comes to the rescue when his friends attack Angel and his henchmen . Will intervenes displaying a penchant for fighting with no fear (of course it's all a set up).

After the fight Will casually looks on as nothing has happened while Angel believes his savior has come.Offering Will a Job Will accepts if the work is right ,he's not gonna be a flunky.Angel asks his name and Will replies ''Jesse Robey.

Mean while Casey who has been trying to track Will ,has come up stumps as Will has flown the coup so to speak.So the only way to get to find Will is they encounter one and another in their quest to find Franco.

Casey visits a old girlfriend 'Maria'  ,who was a former girlfriend of Franco. He saved her some years ago and got her away from him and now Casey is back to ask if she can get contact with Franco ,putting her at risk once again.

The morning comes when Will posing as one Jesse Robey gets to meet the man he's been searching for.And in bid to prove that he is alright they stage a fight for him to see how good he is ,proclaiming he is a cop.As the fight progresses Franco stops it and confirms that Jesse is a true warrior and will be fine.

Now to fully prove his allegiance to their cause Jesse (Will) must do a blood trial .He must kill a man who has been giving them trouble .So they set him off with two of Franco's men and they take him to a address ,Jesse must enter and kill the person inside and give proof to the two henchman waiting outside.

As Jesse approaches the door and the door opens he is confronted by his own Brother.Quickly ushering him inside and he goes about attacking him while trying to explain he's being watched and that he is the man on the inside of Franco's gang and it's time for Casey to die.

After some play acting ,and wrapping the drapes around his brother while Franco's guys look on he throws Casey on the floor proclaiming him dead.

Now Casey is believed to be dead Franco thinks nothing can stop his plan .But back at Franco's base ,Jesse is asked to meet the head behind their organization .When he appears poor Old Will is faced with one of his fathers Old Colleagues ,one which actually got his old job after his retirement.It's the creepy looking Jack.

Now they Know Casey is Not dead and they now have Will too.They capture Casey and force Will to do a job for them or Casey will be killed.

After giving Casey some electric shock treatment ,which shakes him up a bit Will agrees.

The plan is for Will to Kidnap the Mozambique Ambassador as he arrives by plane at the airport.Will must deliver some demands to the press.Casey Knows this does not seem right ,but what do you know go along with the plan and they may have a chance.

While they get Will ready ,Franco's men catch up with Maria and tie her up opposite Casey .Now Will is at the airport waiting with a guard on him and Casey devises a plan to get free ,and after some tit for tat with Franco's guys he gets them close enough to use his trusty Knife in shoe weapon and take out 3 guys and get him self free in time to grab a gun of another and shoot everyone else .

Now to the airport he must go to save Will.By the time Casey and Maria get there Will has already infiltrated the party form Mozambique and taken the Ambassador hostage .Casey storms in to cause a diversion and stop Will getting shot .The two run off with the Ambassador with half the airport in tow.

Threatening the Ambassadors life they make a break for a plane ,it's here that Casey notices that Air force One is landing and that the real target is the President of the United States.

Now Will and Casey have to save the President ,sending the guards a wild goose chase after a plane taxing of down the runway with the Mozambique Ambassador on they jump of and head  to intercept Franco and his men who are just about to shoot George Bush with a rocket launcher ( a gun was not good enough they wanted to blow him to bits).

It's here that the final battle will be fought as Casey and Will must join forces to battle Franco and his men .After a long and brutal battle our intrepid duo get the better of Franco ,but Jack has arrived to clear up the mess ,he shoots Franco and now Plans to shoot our guys.

Just as he goes to fire a shot is heard and what we see is Jack spitting Blood ,lucky for the guys Maria is on the loose  and now they can all sleep at night providing she doesn't shoot Will of Course.

So there you have it the third in the series of films that in fact are not a series at all other then in name.Once again the team has brought together a tried and tested formula and made a kick a minute action fest.I actually think their is more fighting in this then there is in 'King of the Kickboxers ' or the first No Retreat No Surrender .

Loren is given a good five fights that show of his gymnastic ability of kicking and evasion techniques.Then we have Keith Vitali who with his lighting fast feet gives a performance up there with his role in Wheels on Meals.

Now yes the film does have some loose points compared to say No'2 or King of the Kickboxers in that in a few scenes you can see the mic boom at the top of the screen  ,and it stays there long enough to spot it time again.

Then there's some of the story is a bit cheesy with some lines being delivered unconvincingly.There's one point when the character of Jack looks like he's going to burst in to laughter.

Lastly the end fight which is really a top notch bit of action is marred only by the character of Franco who's is doubled by a Chinese Guy by the looks of it .The wig he's wearing looks just out of place and i kept spotting it through out the fight.

And i am sure the music is from one of the Tiger Cage films or In the line of Duty.But this is not uncommon for films from the region to pilfer music from other films.

But all said and done these are small things and one that should not stop you from enjoying what is a first rate kick flick ,in fact they might even add to the enjoyment of it.

If your in to your 80's early 90's fight action from either the West or East then Blood Brothers should be high on your list as it is full of action and is exhilarating  to watch time and time again. 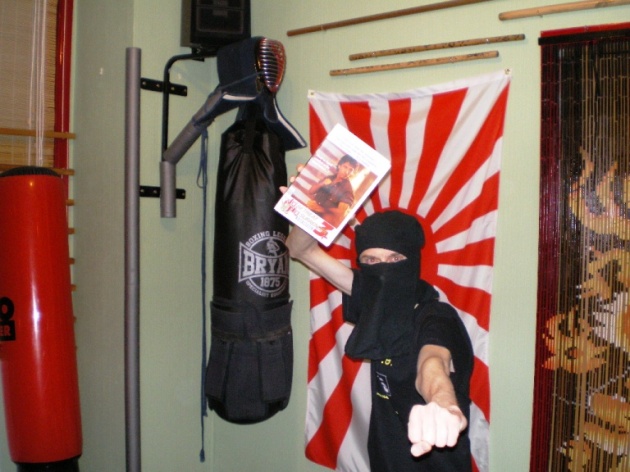 The Snake brandishes his VHS of Blood Brothers 'nothing can stop him Now. 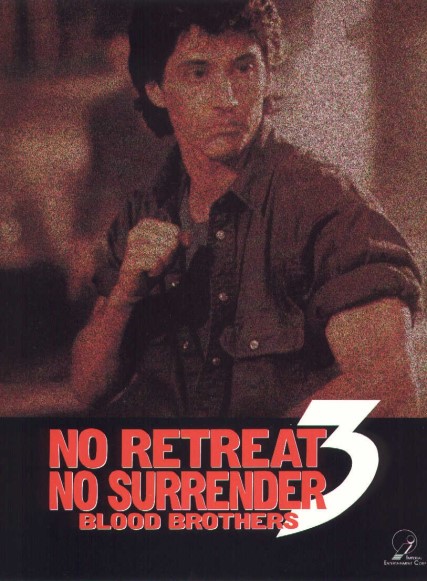 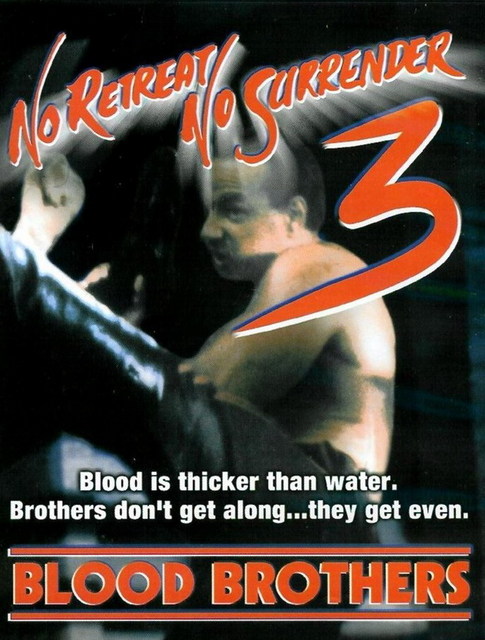 Now who's this guy on the cover here? He's not in this film.(above) 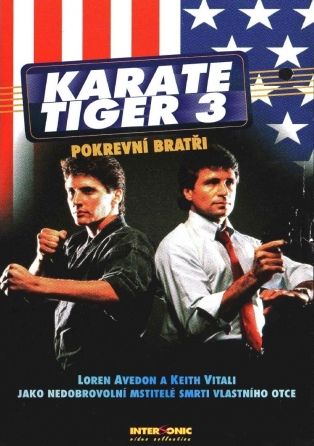 The Karate Tiger Version  (above) 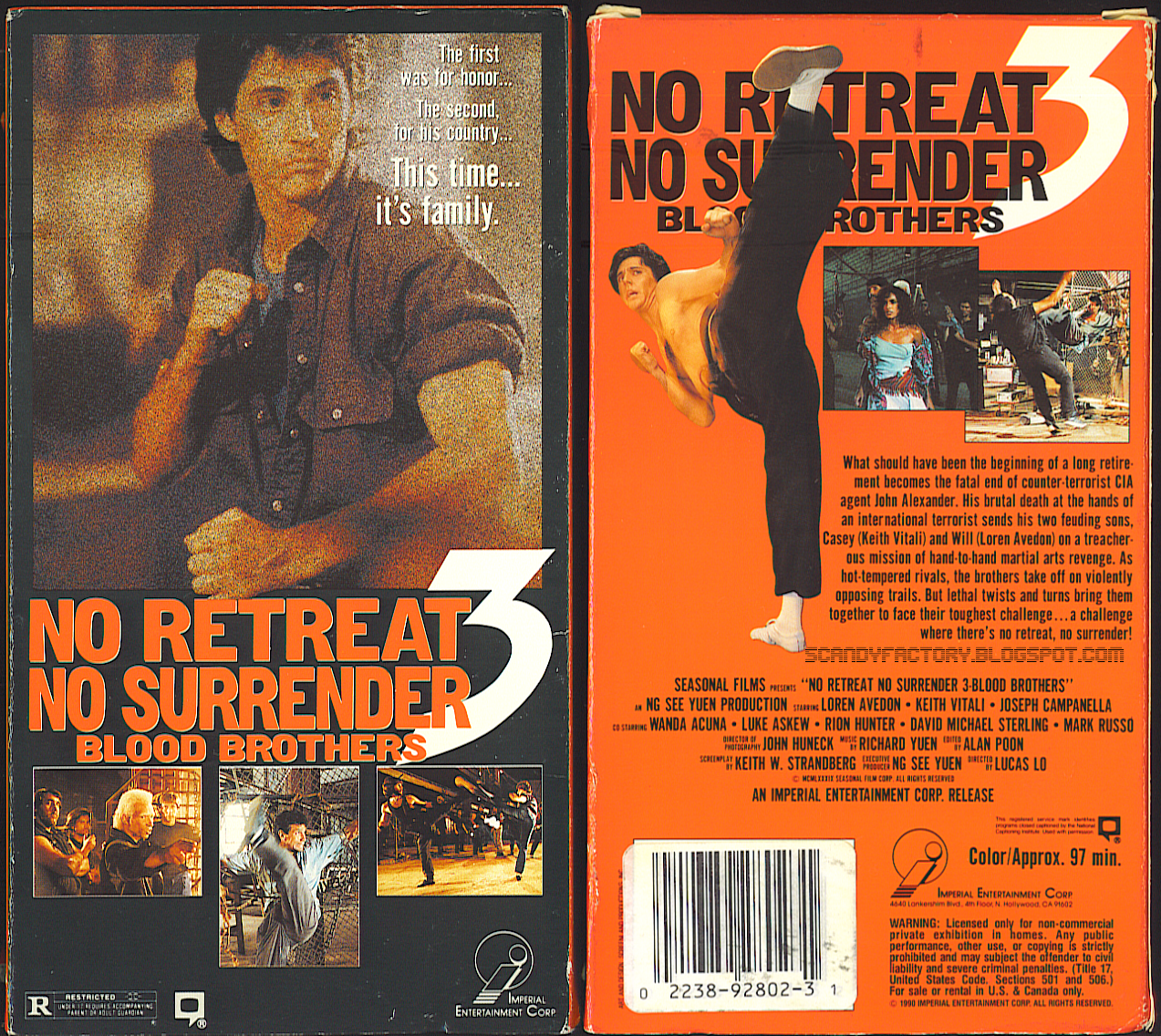 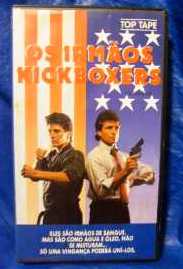 Another Imperial cover and one which baffles ''OSIRMAOS KICKBOXERS'

Loren Avedon as Will Alexander

Casey's all fired Up ,while Jack keeps a straight face

Brothers unite in more ways then one