Back to Japan Home 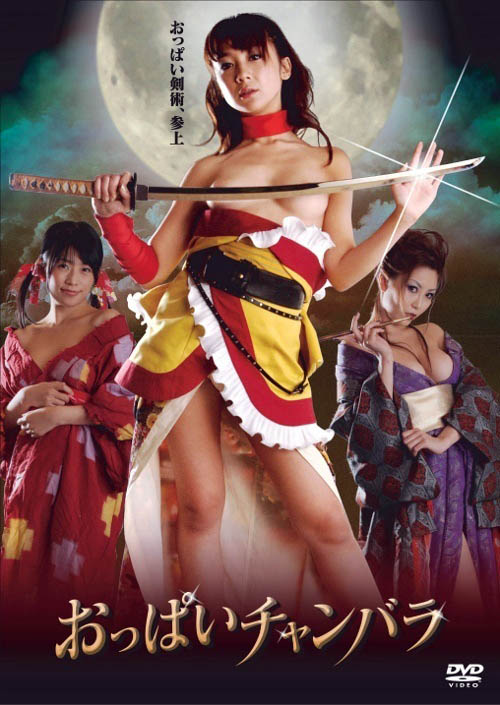 Director Akira Hirose has compiled a story that concentrates mainly on our main protagonist baring her breasts to distract her adversaries while she attacks them with a sword ( sounds fun to me) ,any way the story goes like this!

A young practising martial artist by the name of Lili is to go a ritual on her twentieth birthday ,the ritual is so that she can become the inheritor of the art of Sayama Hashinryu handed down from her ancestors.

Now Lili lives her Grandmother (since her mothers death) ,her Grandmother gives her a box and tells her to open it only a grave emergency, then she is asked to blindfold herself and drink some Green Tea by the looks of it,though it could be something else ( we never find out what it is).

Any way when asked to remove the blindfold ,Lili finds herself alone in a forest ,not only that but she is stark Naked. ,Seems like a good time to open the box !

But this is not all , young Lili has been transported back in time some 300 years ,and top that she has been thrust into a conflict where a nasty set of renegade ninjas led by a evil Geisha is terrorising a local village.

When Lili comes to the rescue of a young pregnant villager who is about to be attacked by the ninja ,she intervenes in her new robes (Yep,easy to get out clothing was in the box) ,unleashing her sword but not before removing her top clothing revealing her Hypnotizing glowing tits ( I new I was going to like this) ,after mesmerizing the ninja she can now end their terror.

When the young pregnant girls brother arrives to help he is astonished to be presented by this heroine revealing her breasts .

So that's it from here on in the film is pretty much this. The young girls brother Hikoichi will become friends with her and help fight the evil Geisha who also shares a similar way of fighting.

Running at a short 65minutes the film flows along at the right pace and offers a good hours worth of non offensive viewing,

It becomes apparent that Lili has a goal to achieve ,and it's why she has been thrust back in time, Quantum Leap style. The film also pays tribute to those early pinky violence films like Sex and Fury .

Score out of Ten = A Hypnotic 6

Ruru Anoa, Mina Asa and Yôichi Matsuda
Trailers
Other films that may of Interest

Big Tits Zombie 3D - 2010 - girls with swords/Chainsaws Ohh! and they get their tits out.