Back to Artists page

Guro David Onuma is the founder and Head Instructor of Combined Fighting Systems (CFS) and a Martial artist who's training began back in 1979. Personally I have known David for some years ,i new he did martial arts ,but it was some time before I new the extent he was involved in the arts.

It's because of of his background, that I asked and am doing this feature on him.

David is versed in a wide array of Martial arts, as I said earlier his training began back in 1979.

Now David has been tutored by none other then Guro Bob Breen of The Academy in London. In Fact David is the Highest Ranking Student and Instructor of Guro Bob Breen, He has been teaching since 1998 at the academy and holds regular sessions and seminars .

Now David's credentials in the arts are varied to say the least,with credentials in Jun-Fan ,Maphilindo Silat under Guro Dan Inosanto,Wing Chun under various instructors and has been teaching the art since 1986,add to this a Black Belt in Brazilian Jiujitsu in which he coaches ,competes internationally and referees as well.

David with Guro Dan Inosanto (Above)

So all in all a well rounded martial artist with a obvious love for the art that spans some 40 years.

David has assisted Guro Bob Breen on seminars around the world as he has with Guro Dan Inosanto. 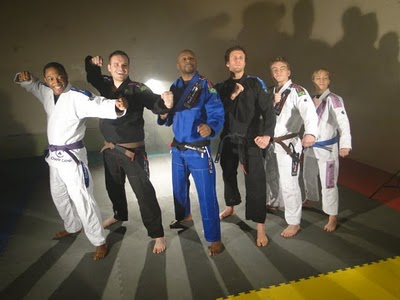 Now David's CFS in it's current form has been established since 1996 ,whilst being in the forming stage since 1983. The organization is home to the methodology of David's fighting techniques ,no matter what your preference to training whether it be BJJ,Wing Chun,Silat ect' the various regimes on offer within classes ,seminars is with a realistic approach with strong influences from Guro Bob Breen and Guro Terry Barnett.

The CFS website was set up have a base where Members and artists interested in CFS  can find out about events,seminars and the latest news surrounding David and his comrades.

In Teaching David is thought of as a honest and enthusiastic Teacher in what ever art he happens to be teaching , From the many tributes I have read on him his students have a high respect for him and as we know this is only gained from being respectful of others. He is as excited as the student when he is testing someone for their grading and when they pass he feels the enjoyment they feel. He truly is a teacher who gives back to martial arts what he has gained from it.

My friend keeps asking me to go to Wing Chun with him ,maybe I'll be twisting David's arm or at least asking if he will teach us at least.

Videos of David in action
Competition

David has competed in competition in both BJJ ,Grappling and Stick fighting . Having won medals Gold Medals at the British,European and World stick-fighting Championships, In Brazilian Jiu-jitsu he has won Gold in the European BJJ competitions.

On top of this has won Gold in grappling competitions in the UK like the Grapplers Showdown and the at the Gracie Invitational held at SENI. In the UK .

At the Bournemouth BJJ Open in October 2010,David was Referee for the Day

I have seen some of his medals and cups as I used to get them engraved for him (this is how I first met him) .

Here are some of his medal events

Qualifications in the Arts

David received his Black Belt in BJJ under    Ricardo Vieira and Rodrigo Cabral in 2010 ,with this it gives David a full roster of varied Qualifications in the arts.

BJJ - Black Belt under Ricardo Vieira & Rodrigo Cabral (Checkmat) (January 2010). David was given the nickname 'Malandro' by 9 time world champ Ricardinho Vieira. He teaches his own BJJ group but fights for Check Mat. He is a coach, competitor and now a qualified referee under the CBJJ & IBJJF 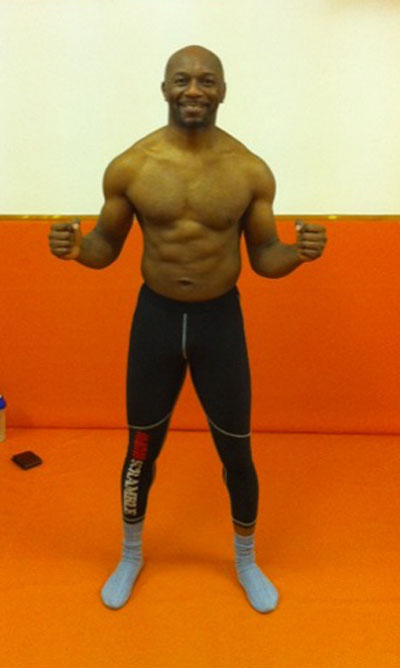 For more on Guro David Onuma and CFS visit the CFS website and their Blog.

Great Teachers are Rare ,David Onuma is very much one of those – Guro Bob Breen

David has a high level of perfection ,that few can match – Guro Terry Barnett

It's here that i thank David for featuring on the K.I.T.G. banner ,and hope he is pleased with his page on the site. Once again Martial arts proves that being part of it makes you live life better and that in the end all Martial artists are one big family ,which is what K.I.T.G. is all about.