DETECTIVE 'D' And the Mystery of the Phantom Flame 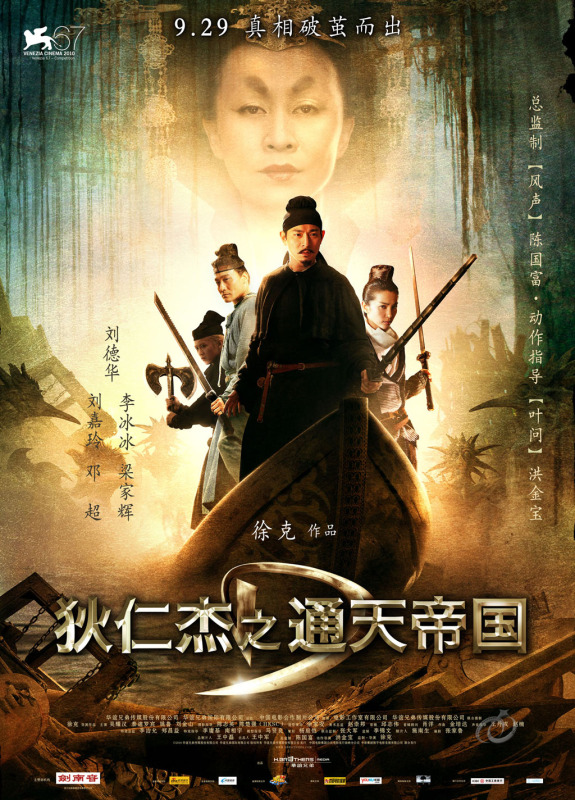 Detective 'D' And the Mystery of the Phantom Flame

I always look forward to what Tsui Hark will come out with next, Now Tsui idea of doing a film based on the Tang Dynasty official Di Renjie ,Tsui spent years doing research in to the matter . It was in 2008 that Tsui let on that he may do a film based on the character of Di Renjie.

Later that year the green light was on and casting began ,at first Tony Leung Kar Fei was penned for the role of Di Renjie ,but in January 2009 it was confirmed that Andy Lau would star as Di Renjie .

The film follows the exploits of Detective D , Who was exiled in the Tang Dynasty by the Empress Wu . When the late Emperor had passed Di Renjie challenged the leadership of the Empress and she had him imprisoned.

Now some 8 years later Empress Wu prepares for her coronation to be the first female Emperor of China. To celebrate her appointment to state she has ordered a statue of a giant Buddha be built to celebrate. Standing in the clouds the Buddha is near completion , the overseer of the work is Shatuo a other man who once fell foul of the Empress when she had his hand chopped off. But having served his time he repented and was made the chief overseer of the building of the statue.

But all will come apart as on the day of a official visit by foreign dignitaries a unthinkable thing will happen ,one of the Empresses Officials literally burst in to flames from inside his body and disintegrate before every body’s eyes.

When Police arrive to investigate they find no clues and bundle the workers together for interrogation. They spot Shatuo and question him ,they threaten him ,he says it was divine intervention that Officials had moved sacred amulets and brought danger to all..

But it is when one of the Police men himself burst in to flames right in front of the empress that the Empress decrees that Di Renjie ( Detective Dee) be released and brought to court to investigate the mystery.

It's from here that the film really kicks in ,Detective D is released in to the custody of the Empresses aid Shangguan Jing'er ,a expert martial artist and loyal subject.

Along with Police man Pei Donglai the three must discover the Mystery of the burning bodies.

With not long to go Di must be fast to unravel the clues to what many believe is one of the gods.

With stunning fight scenes this adventure will reassure you of Tsui Hark's vision of film -making .In one way of another Tsui has been involved with many big films from the brilliant Zu Warriors to the Better Tomorrow films and even starring in earlier films like Yes Madam.

Detective D is a Zu Warriors for the 21st century and along with Sammo Hung in the action and art direction roles it seems it could not fail .

What makes it so awesome are the visuals mixed with great story telling ,you really get a view of each of the characters ,Detective D comes across as the calm and intuitive Detective and Forensic expert ,it's bit like watching CSI set in ancient China in some scenes . The there's the way that the CGI and special effects blend well with the live action to give a scale so huge that your believe your there.

Other characters play a big part throughout as well ( their not just candy) Carina Lau as the sightly harsh Empress with a cold heart is brilliant as she rules with a stern hand ,but in the end will succumb to the harsh realities of her rule and show a softer side.

Bing Bing Li as Shangguan Jing'er is top class as her aid and protector ,being she has no real martial arts experience ,you would not believe it watching this ,as all blows where shown to be real with hard punches ,kicks and attacks . One scene had the most wires used ever in a film to get the desired effect ,but this did not retract from the action. But then when Sammo action directs you know your in for nothing less then a spectacle that will look real and tough.

With many extras used in the fighting stakes ,Sammo's stunt group must have been huge ,as Detective D has a band of men seemingly led by a tall dark figure who are out to stop D from finding out the truth .

In one scene they have to go to the realms of people who have lost all hope and I n the tunnels and caves they must find a man called Donkey Wang who can who can help them solve their mystery. Played by two well known actors ( Richard Ng and Teddy Robin) , he has had his faced pinned to avoid identification , when the pins are removed his face changes .

Detective D also has a cool weapon ,a mace that can detect cracks and weak points in other weapons ,so when fighting he can detect a weak point and smash the weapon to bits in one blow. Now the Mace has been kept in safety by the Crown Prince since D' s imprisonment.

The Prince wants to use D to usurp the Empress but D is not going along with him , in the end the Prince returns the Mace to D in a hope that he may side with him.

But D is a righteous man and he will do his duty and solve the case of the flaming bodies. D discovers that Phosphorous is responsible ,but how it got into the victims is the mystery and why is another.. But one thing is for sure and it's all to stop the coronation going smoothly if going ahead at all.

I thought Reign of Assassins was class action ,but this just brings back what has been missing in many films of this genre for ages . It captures a feel of old ,with big sets that don't detract from the acting and action of the stars . At no point are the stars overshadowed by the sets or special effects and that is a goal not achieved easily in this day of age .

The only thing that let me down was the fact that it ended ,i could have sat there another 2 hours with out being bored . So it's great news that as of 25th of February Tsui Hark has announced he will be making a prequel to this film .

A great and epic film with a great story and one that captivates from start to finish. 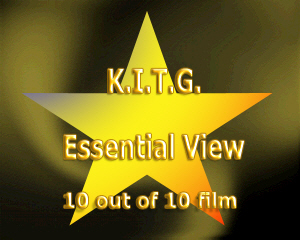 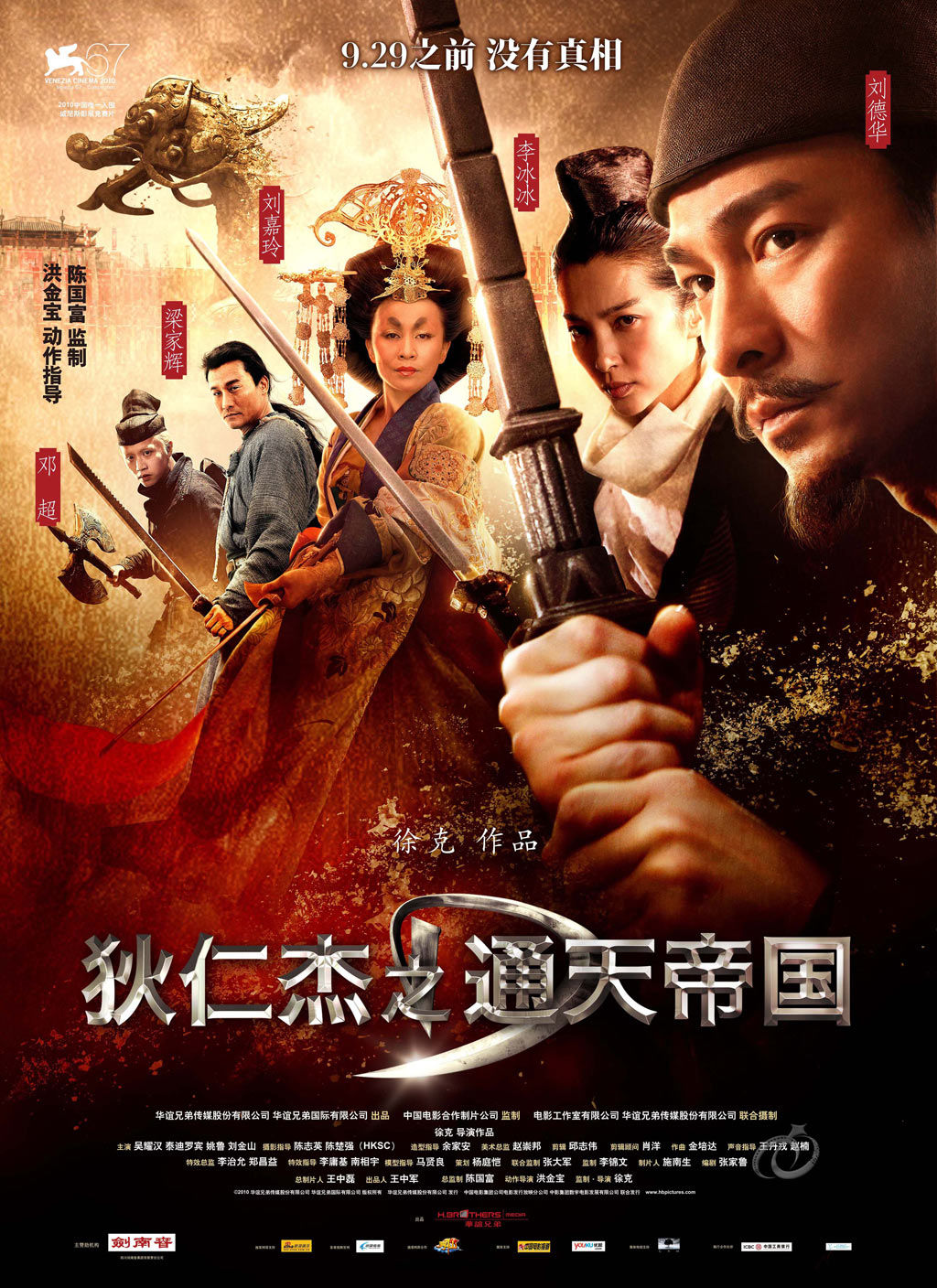 More then just a lady in waiting our Shangguan Jing'er

Detective's at work ,but are they all on the same side?

When trouble strikes ,hang on to something i say

Carina Lau as the Empress Wu ,her first role in 5 years