Back to Film Review Home 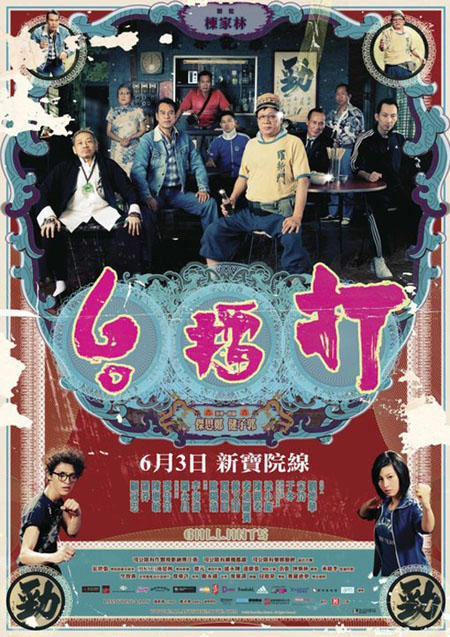 This is another review from my viewings at the Terracotta Far East Film Festival this year. Now Gallants is a film that harks back to classic Kung Fu Films of the 70's.It stars Kung Fu legends like Leung Siu-Lung (Bruce Lung) ,Chen Kuan Tai,Chan Wai Man and Teddy Robin Kwan.

Now Luck would have it that The screening had the appearance of Clement Cheng (Co-Director) and Co-writer the film , Now having viewed this after the awe inspiring ''Karate Girl'' this had a lot to live up to .

Joey Leung came on stage to introduce Clement Chung to a waiting crowd (though it had thinned out slightly) . Clement came on and everyone applauded and he introduced the film to us and we sat back to enjoy the show .

As the credits open your greeted by a intro that harks back to the 70's Kung Fu flicks with their animated front ends (Fist of Fury,Big Boss) Now what's unusual is the film is set within present times .

The film surrounds a Old Kung Fu school ,who's Owner (Master Ben Law) has been in a coma for some thirty years .Over the years his students had left except for his two seniors Tiger and Dragon. They have stayed on in a hope that their master would wake up some time ,but over the years the two have got old and actually have turned the school into a Restaurant .

Now arriving in town is a young man ''Cheung'',a real estate bod who has got a job with a local company to meditate over buying the school for some developers. On arriving he gets picked on by a child and he sets out to berate the child only to be seen by the father and get beaten up.

During the beaten Tiger comes along and thinking the kid has had enough tries to stop the fight only to get into one himself.

Taken back to the school/Restaurant Cheung gets some help with his things and goes on his way. He returns the next day to ask if Tiger can teach him to fight ,Not interested in doing so Tiger asks him to leave as does Dragon who wants him out of the kitchen. But during this conversation the People Tiger had fought with arrive with their boss and a stand off ensues which results in a fight and the Police being called.

Now this introduces Cheung to Kwai the niece of sorts to Master Ben Law. ( the love interest that never really goes anywhere).

Now what makes this awkward for our Cheung is that the people he has come to work for,One is run by these very gangsters that have attacked the Restaurant. Two , it's the Restaurant they want,and three, one of the guys running it all ,Chung Sang-Mang (MC Jin) is a guy he beat up as a kid and now the tables are turned..

Cheung is not so pleased about working for the guys as he likes the Old Masters Tiger and Dragon,but what makes the film so crazy and funny ?.

It so happens that Master Ben Law awakes and is rushed to Hospital ,It's amazing that after 30 years he should awake. Now the real problem lays with him not believing he has been out of it for thirty years and upon seeing Cheung who is trying to win the friendship of the Old Boys Tiger And Dragon ,mistakes Cheung for Dragon and Tiger, yes tricks are playing on his mind and now Cheung is asked to play the two roles as to not shock Master Law back in to a coma .

It's this that spins the story a bit and sends you on a ride of constant laughter as Cheung has to go through hell to pretend to be both Dragon and Tiger , Things get worse when Master Law arrives back at the School to see it fitted out with table and chairs. Tiger and Dragon make some excuse up as providing the service is better.

Asking Cheung (as Dragon and Tiger ) where have the students gone and who are the old Guys. After some reasoning Master Law decides that training will resume and the next day our intrepid group including Kwai who is visiting get down to business.

Now the rivals still want the school and plan to take it if they can ,You see the old Master of Chung gave Master Law a lease to say he may stay in the school rent free forever.

If the rivals can get this valuable piece of paper they can assume control of the place and chuck the residence out.

Now the main boss behind this is Master Pong (Chan Wai Man) who runs a profitable business and Yearly tournament ,after Cheung gets in to trouble for not doing what he's asked this results in our intrepid Old Timers to get into a brawl .

There only hope is to enter the contest and win ,but raising the money may be tricky. Now i'm not going to spoil the plot to much here but one thing Gallants has is entertainment value to say the least,The presence of veterans Chen Kuan Tai and Leung Siu-Lung is so important to the film. ,it's amazing that to see these masters in full flight again some 30 years after they where at their peak ,and the amazing thing is how dynamic they still look.

The show stealer is of course Teddy Robin who is brilliant as the confused Master Law ,he offers so many funny moments along with as many powerful ones .

The film achieves what the writers and directors set out ,it's a classic old school film set in a modern era. With the help of some modern touches. But these modern touches do not infiltrate the one sacred thing within this film and that’s the action .

Clement Cheng after the film said that their goal was to film the action with no wires,no CGI and using old school camera techniques with little to none fast cutting which is seen in so many action films nowadays.

It's here that Gallants succeeds ten fold and what’s more the whole film was shot on a budget and in a crazy 18 days. The action ,all of it shot in 5 days. In it's Opening weekend Gallants was the 3rd highest grossing film .

And on the 17th of April 2011 at the 30th Hong Kong Film Awards the film won the prestigious ''Best Movie Award''.

Some have compared this to the Stephen Chow film ''Kung Fu Hustle'' (which relaunched Leung Siu-Lungs Career after is hiatus).

I for one think that Gallants has more passion for the genre it is paying homage to as with ''KFH '' it was mostly played for laughs, Gallants has as much passion as it has laughs and some moments are genuinely moving and sad. After a some 20 years of high wire ,CGI assisted films Gallants is a breath of fresh air. Will we get more films in this vain ? I genuinely hope so ,as the Japanese have the right idea at the moment with films like Kuro Obi,KG and 13 Assassins.

The likes of Sammo hung always directs with a realistic edge ,but we can't have Sammo directing every film in Hong Kong no matter how nice it would be. I just hope that directors and Choreographers realize that consumers want to see real action with real people ,not Copious amounts of CGI and fast cutting fight techniques which just shows that the people doing the action have no clue to screen fighting.

So for a Old School experience with OUT the fast cutting Epileptic inducing scenes we are being forced to watch ,Gallants wins hands down ,well done to all connected with this movie ''Old School '' is back. 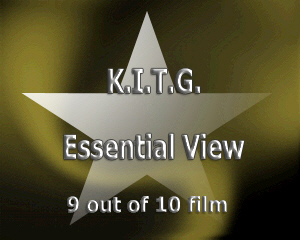 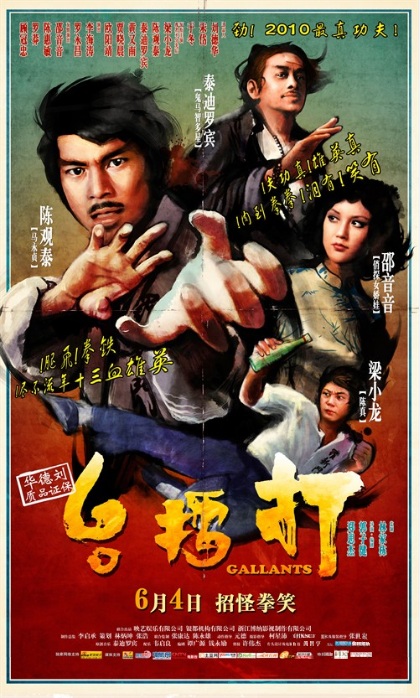 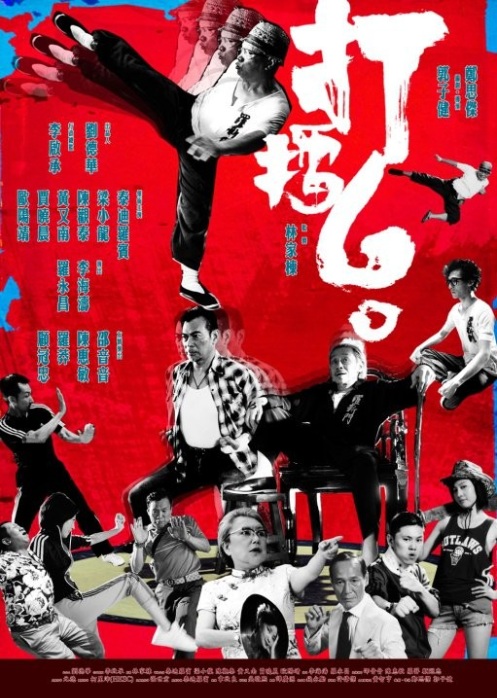 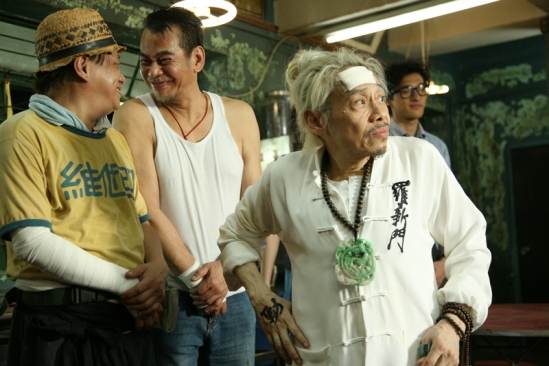 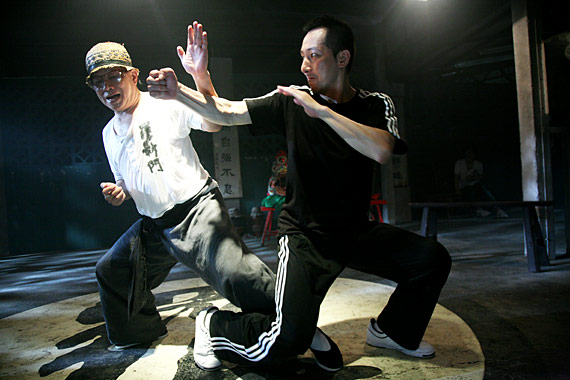