Back to Hong Kong Classics home 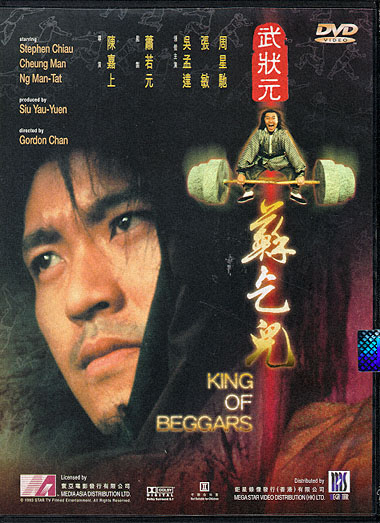 The story of Beggar So is retold once again in this 1992 comedy film starring Stephen Chow Sing Chi and directed by Gordon Chan ,who had previously worked with Chow on the Fight Back to School films.

The first film I remember seeing Stephen Chow in was the Jet Li action-er ''Dragon Fight'' he had done pretty serious roles ,even starring as a triad in John Woo's ''A Better Tomorrow'' . Now the first film which I can remember that featured any of the comedy we would come to expect from him was the 1990 film Curry and Pepper.

It was this film that made me think ,hmmmm ,Stephen Chow ,this guys funny ,i had to track down more on him .

It was ''All for the Winner '' and Fist of Fury 91 '' featuring the art of Gob-Fu which confirmed his presence as a sure fire hit in the comedy film stakes.

Now 1992's King of Beggars is a film set in the Qing Dynasty and follows the story of So Chan ,who became known as Beggar So. Of course the story is highly fictionalized ,even more so in this Stephen Chow vehicle. Chow plays So Chan who is a spoilt rich kid who leads the life of a Playboy . So Chan is Illiterate and due to his laziness . But he excels in Martial arts.

So is also in love a with a courtesan named Yu-Shang. It all goes haywire for So when he enters into a bidding war for Yu-Shang against a local imperial officer and magician ( Chui Mo Kei) .

Yu -Shang is furious that So had won as she arranged to be with Chui so to avenge her fathers Murder by him. She offers a So a demand that she can only be with a man who is a champion in martial arts ,hoping that So would wonder off and forget about her.

What happens is So enters the Imperial Martial arts competition in order to win the hand in marriage of Yu-Shang.

With help he cheats his way through the written tests and his martial skills get him through to the final and victory .

But just as he is about to receive his prize ,Chui reveals of So's illiteracy and he is ordered to write his name , when he fails he announced a fraud and put to death ,it's only at the request of a fellow Imperial guard that the Emperor relinquishes the sentence to he and his family losing their possessions and wealth and forced to live the life of the beggar .

What's worse is when So is caught performing on the streets by Chui ,Chui breaks So's legs so he can not practice martial arts again ( of course we know otherwise)

The film is a stark contrast to the more recent True Legend based on the same character. It goes without saying that it's from this point that the film excels in Entertainment ,as So and his father go about trying to get money for food by all means. The whole process proves hard on So's father ,but it's at the right point ( just before they hit rock bottom ) that they find out that Yu-Shang is part of the Beggar clan and that they aim to put a stop to the persecution of their people by the Qing government.

With a bit of encouragement So and his father are interned into the Beggar Society ,So also becomes enlightened and ends up leading the beggars in their war against impoverishment.

There are some great moments like when So learns the art of the Sleeping Fist ,and his discovery of the plot to overthrow the Emperor by Chui and his comrades. Stephen Chow shows his comical ability to hilarious results ,but at the same time performing some quite dramatic scenes which get you going .

The film also showcases Chow's ability at Martial arts , it's well known of his inspiration in life by Bruce Lee and this film shows he can hold his own . Something not always seen in his other movies.

King of Beggars is a wonderful film from the time of all the new wave Kung Fu films ,it actually contains more fluid martial arts action then many of it's peers around at the same time .

Miss this and your missing a vital part of Kung Fu cinema . 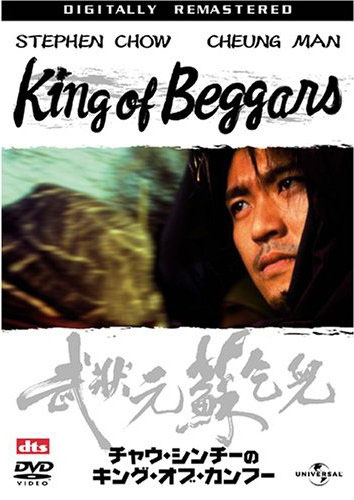 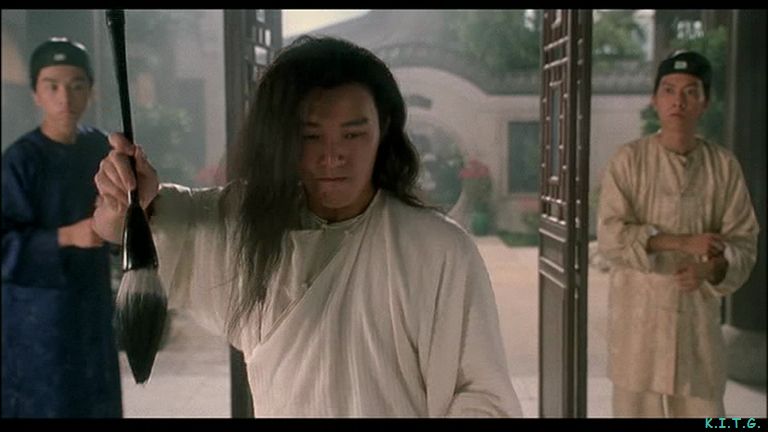 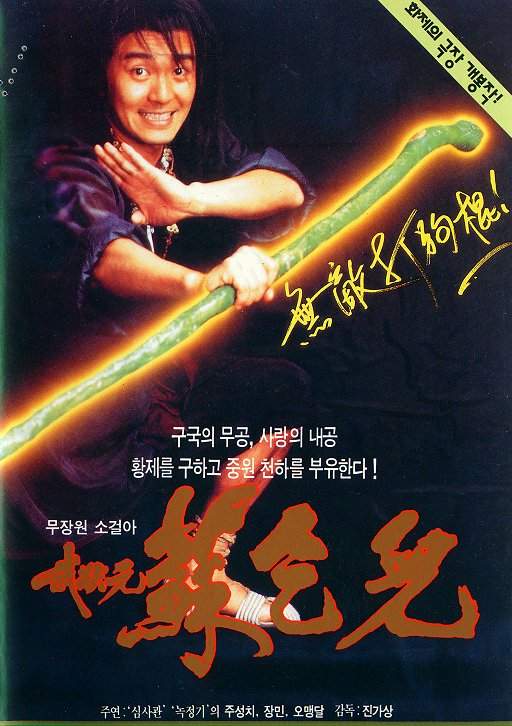 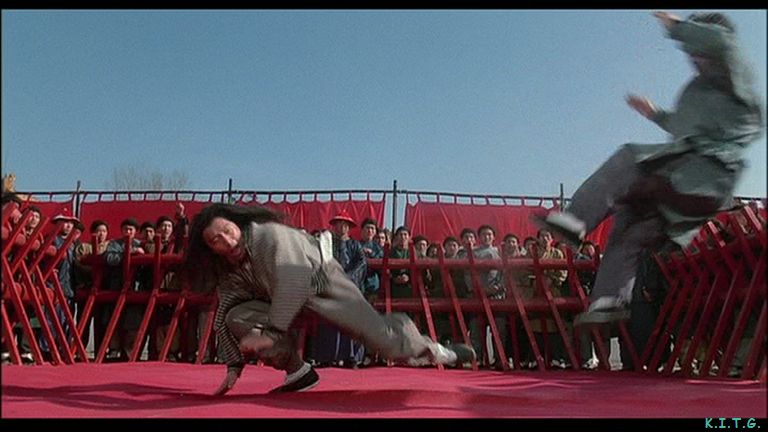 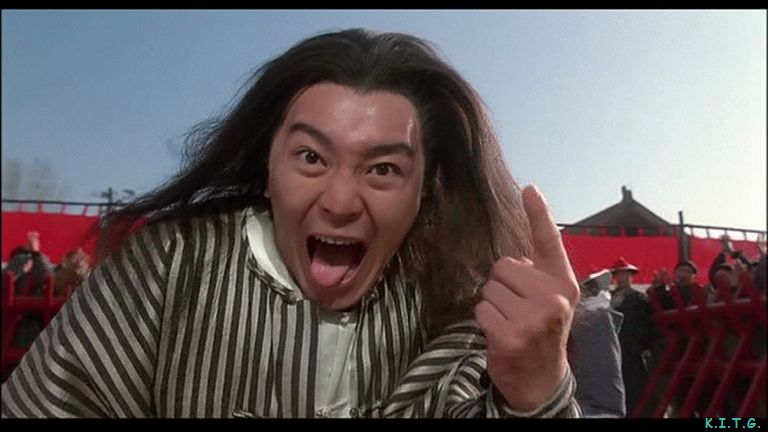 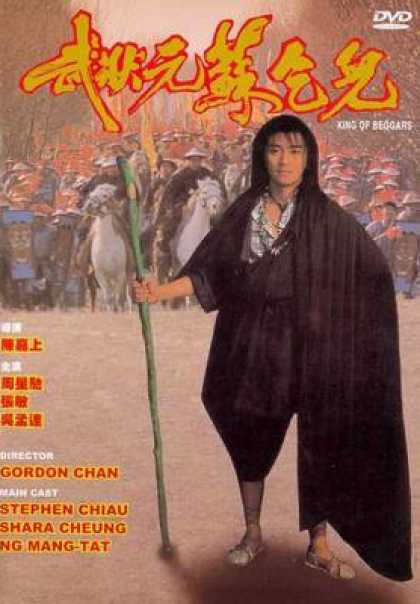 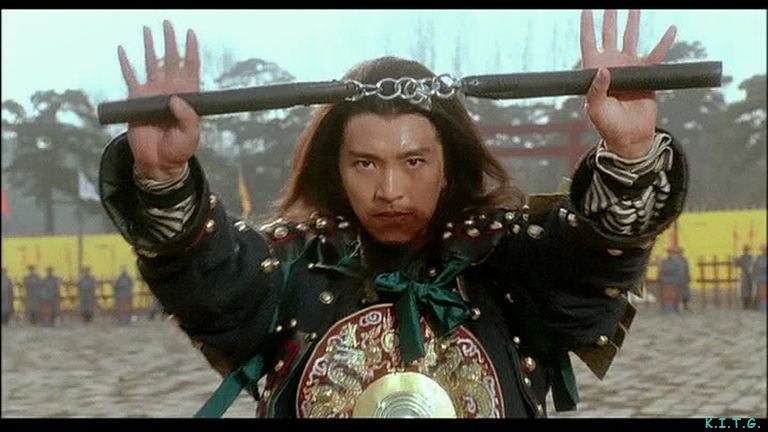 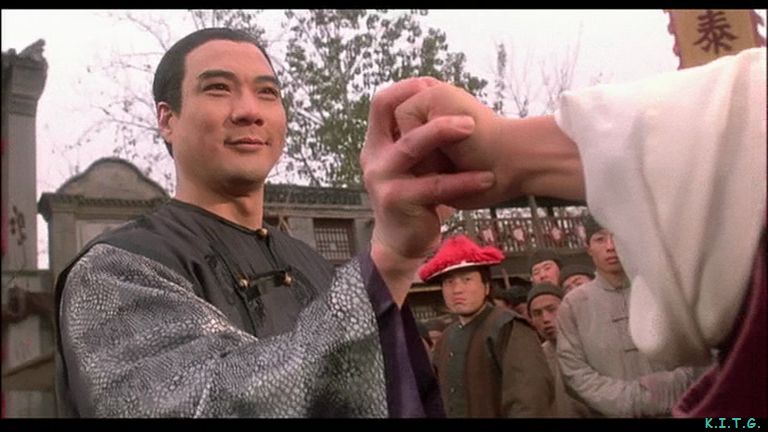 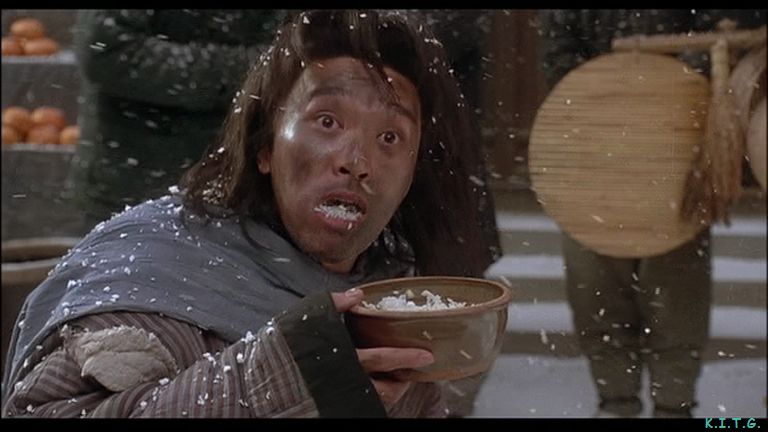