Fans wait in the Rain to capture a glimpse of stars Donnie Yen,Michelle Bai and Director Teddy Chen at the Kung Fu Jungle Premiere. 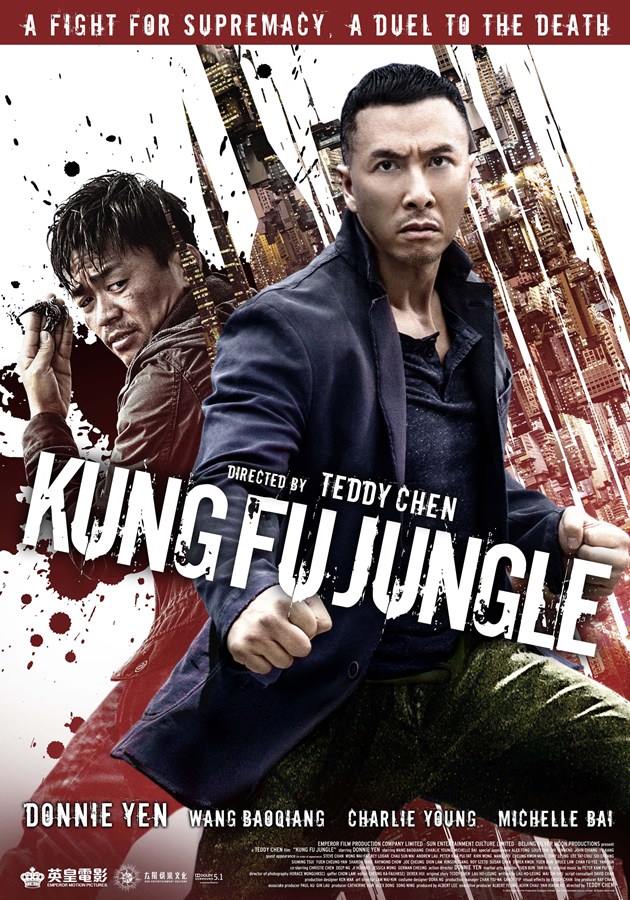 It's not often that Hong Kong or any action film from the Far East gets a major run in the UK or in the West at all. Fans are often forced to import DVD /Bluray or wait till a DVD release in their own region.

Of course with dedicated events like the Terracotta Far East Film Festival or the forthcoming London Korean Film Festival taking place in the Capitol some fans are lucky to attend these events and see the films on the big screen.

So when it was announced that the London BFI Festival had a late entry for inclusion for this years festival and it would be Director Teddy Chen's new action film with action star and martial artist Donnie Yen the social media sites when wild.

What's more it would be the World Premiere for the film and taking place more then two weeks before the film is released in Hong Kong and China.

Adding to that director Teddy Chen and stars Donnie Yen and Michelle Bai would be attending we new we had to be there.

Formerly Known as Kung Fu Killer and The Last of the Best , Kung Fu Jungle (KFJ) is a return to hardcore fight action for Donnie Yen.

Having recently starred in more fantasy style films ( Monkey King , Iceman Cometh 3D) I was excited to see what new twist in the fight action department Donnie would come up with , as he is the fight choreographer after his last fight action film ,Special ID.

Unlike Special ID which is more akin to Donnie's earlier film, In The Line of Duty 4. With Teddy Chen at the helm I new the scope of the film would be more vast ,or at least I expected it to be.

Was I right or was I right ? , KFJ has a scope more in common with Ip Man , especially in the cinematography area.

The story is quite straight forward , Donnie plays Hahou Mo a ex combat instructor for the Police , when he kills a man he is sentenced to prison.

But three years after sentence a series of killings start to take place, some one is brutality killing masters of Martial arts. By going the way of attacking each victim by outwitting said masters at their own game so to speak.

The protagonist of the film the kung fu killer played by Chinese star Wang Baoqiang ( World without Thieves, Unbeatable) is a pretty sadistic and determined individual .

When Hanhou sees that the people being killed are known to him he devises a plan to get himself out of prison by helping the Police catch the killer, but getting the Police to agree to even speak to him , Hahou's method is quite impulsive shall we say.

Once he's got the attention of Police detective Luc ( Charlie Yeung) Hanhou gets released and sets out to help the Police catch the Kung Fu serial killer. Of course what seems like a straight forward race to catch a killer before he strikes again is more complicated and is Hanhou holding back key information?

Now the films not told chronologically ,we get various scenes told from the past ,as to why this killer may be doing what he's doing .

What you do get is some blistering fight action from all involved. Donnie Yen once again proves he is a master in front and behind the camera in the fight action department.

When watching the film where Donnie Yen is not in the action ,and there are a few ,you have to remember he was the man behind the camera putting those fights together .

Wang Baoqiang as the killer is a expert martial artist who has trained at the Shaolin Temple , by age fourteen he possessed great Kung Fu skills and had a dream to be in the films.

Wang left home at age 14 to go to Beijing to find his fame and fortune after advice from friends.

I'm pretty good with names of the Hong Kong stars , but as cinema has changed in the region due to the 1997 handover it's become evident that in the last few years that there is some great talent emerging from Mainland China.

The other star of the film Michelle Bai ( CZ12) as Hanhou's love interest and fellow martial artist is another star to watch out for as more films get released in the West starring this very beautiful lady who can do the action when needed.

As fans of action cinema where always looking for what next will the film makers throw at us to entertain us. But for fight action fans it's more intricate , where not into seeing what Green screen wonders or CGI can be done to impress us. Where interested in raw action ,what can the stars and choreographers,directors produce and film to wow the crowds ,because when your making martial arts cinema your main fan base are martial artists and pleasing them with something new is not a easy thing to do.

Even though KFJ has some modern technology in the form of CGI and effects the core action is the stars getting down to the nitty gritty and beating on one another.

And in KFJ they beat on each other with their fists,their feet,Swords,poles and more in a movie dedicated to the golden era of Hong Kong cinema .

Look out for some of the most famous faces of Hong Kong Cinema's Golden age with stars like David Chiang ( Blood Brothers,Legend of the Seven Golden Vampires) , Alex Fong ( Iron Angels ),Golden Harvest founder Raymond Chow, Yuen Cheung-yan ( Drunken Tai Chi, Miracle Fighters, King of Beggars) , Pan Pan Yeung ( Drunken Master ,14 Amazons , Two Wondrous Tigers), Fan Sui Wong ( Righting Wrongs,Story of Rikki,Ip Man 1&2) and the list goes on , these are just some of the famous stars in this film ,some have longer cameos then others and your see them and go OMG it's '' , but others are fleeting cameos and your have to know your Hong Kong cinema to catch and name them all .

The film is dedicated to the stars of Hong Kong cinema that made it what it is today. , where cameos where not possible due to other circumstances other fitting tributes are filtered into the film .

Kung Fu Jungle may not be a defining film within it's genre but as a tribute to a bygone age of cinema that is inspired by it's past heritage which will in turn inspire another generation to carry on the mantle to deliver great action cinema ,  it entertains on a huge level.

Being the World premiere we where lucky to have Director Teddy Chen and stars Donnie Yen and Michelle Bai on stage to introduce the film with Emperor Motion Pictures Founder Albert Yeung.

Taking their seats to watch the film with the audience and to return afterwards for a Q&A session . 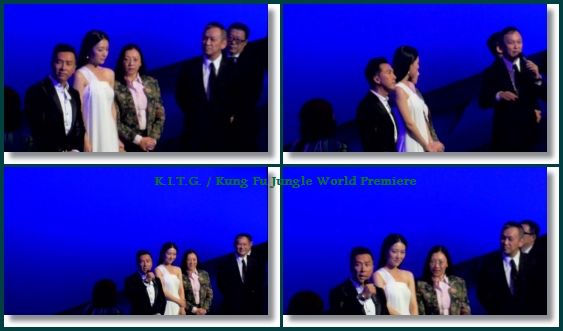 It's very rare we get to see films like this on the big screen as I said before , but attending a World Premiere for such a brilliant piece of action cinema is a treat for any action film fan.

Score out of Ten = A resounding 9

Photo's courtesy of K.I.T.G. Contributor and Moderator Cloudtoe , whose phone proved better at taking pictures then the small camera I brought along , new I should have brought my big one. 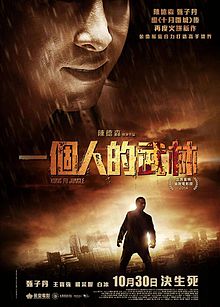 Film Reviews of stars who cameo in Kung Fu Jungle

Once Upon a Time in Shanghai - Yuen Cheung-Yan stars with Philip NG,Andy On.

These are just a  few of the films some of the stars who cameo in Kung Fu Jungle appear in that are reviewed on site.