The weekend of the 29th and 30th of October played host to the MCM Comic Con at London's Excel center in the Docklands.

Playing host to the latest video games , a Cosplay competition where many visitors turned up dressed as their favorite characters from Game ,Film and Anime.

Also on hand where a host of guest stars from TV and film on hand for Autographs and Photos ,a stage was set up for interviews to take place ,with actors a from series like Torchwood,Teen Wolf and more . 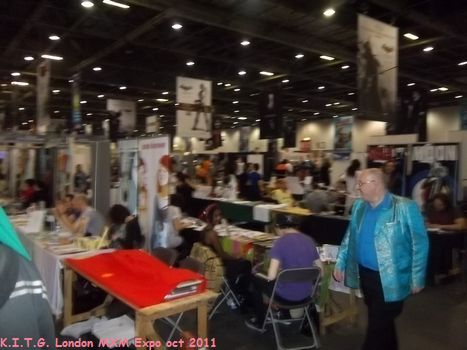 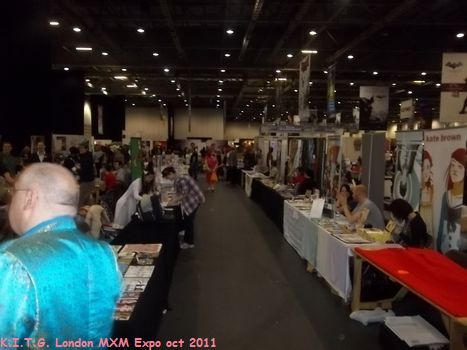 Add to this a adjacent show called the memorabilia show taking place in the halls next door ,purchase of ticket to whatever event allowed access to the adjacent show after a set time .

The memorabilia show played host to a Robot Wars display and the FWA wrestling association who put on matches every hour on the hour ,they new how to get the crowd pumping ,if that's the right word. 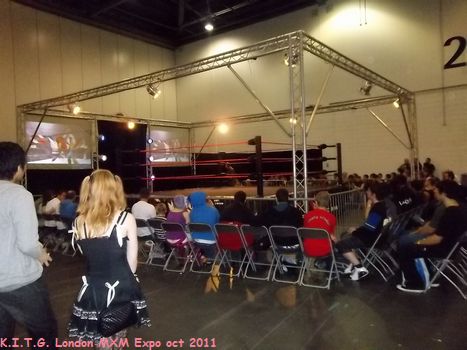 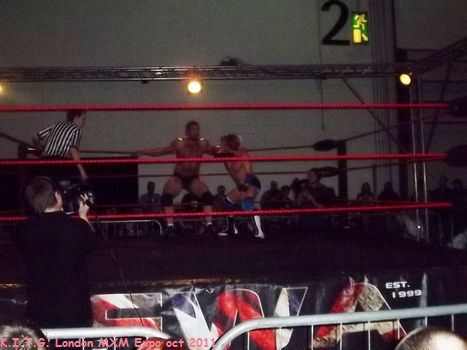 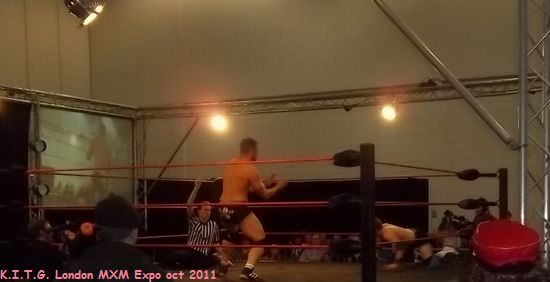 More stars where on hand from the likes of Anita Harris and a selection of sports stars ,though I looked out for Nigel Ben ,but failed to spot him .

Famous vehicles where on show from the Blues Brothers car to the Duke of Hazards Dodge and even a Land Speeder from Star Wars . 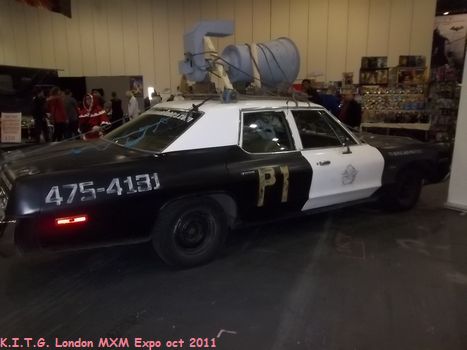 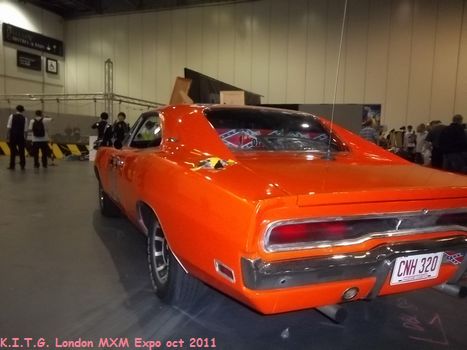 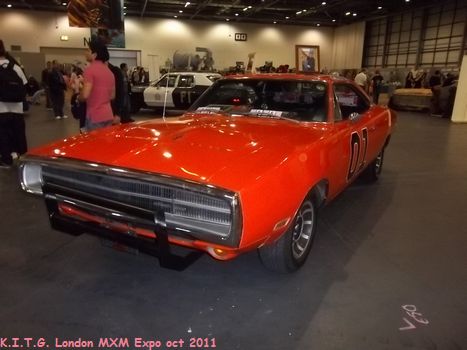 Site Administrator Cloudtoe posed for some shots with some Star Wars characters and even stepped into a suit of Armour. 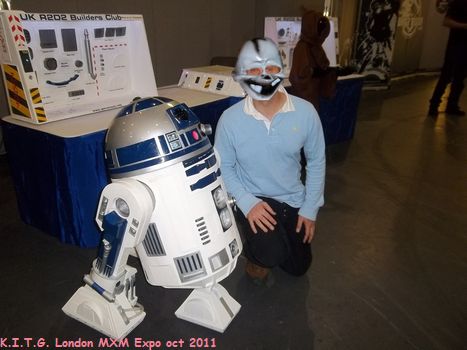 Now one of the main reasons for attending the show was to see the many new games on show , getting first hand experience of Soul Calibur V was a blast but things were getting dirty when site member 'Snow Leopard '' stepped in and did the one move wonder as I call it, (in other words find a devastating blow and just keep on doing it repeatedly) Poor Old Cloudtoe was getting a pasting ,but then ''Snow Leopard ''was using Astoroth with and a big axe . 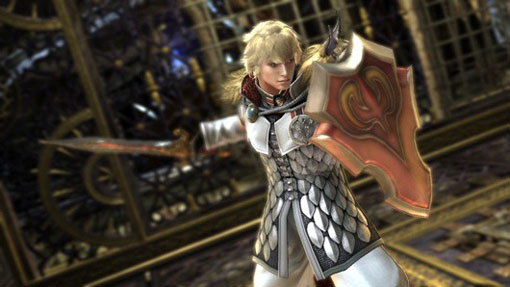 So Soul Calibur V is one game to look out for in the new year for sure.

Other titles we got our hands on where ''Ninja Gaiden 3 from Tecmo Koei ,this looked awesome and though it seemed a more reasonably paced game then it's predecessors ,we will have to wait and see if it's worth it's money or to easy and a easy finish ,which we hope not. 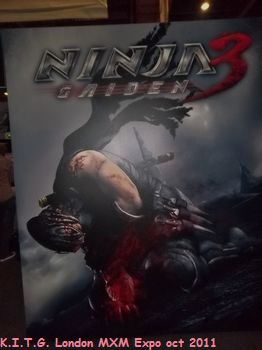 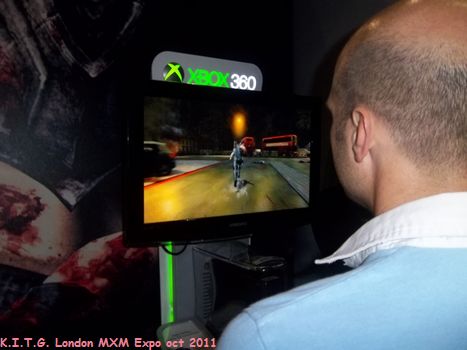 Of course Super Street Fighter IV Arcade Edition had it's showing to ,though it has been out a while (another title we look at in our update is Super Street Fighter IV to) . Now the big show for Capcom was Streetfighter X Tekken and this made the stand the center of attention with many players hogging the machines and not moving on (Capcom should have had people limiting play time ) but hey no way I was getting a look in unless I wanted to hang around and wait. So I just looked on ,the game looks awesome ,now I really can't wait for it's release.

The new Batman game drew the crowds to ,but as it had been out a few days ,getting a go was fairly easy in the morning ,but it's one you need to spend time with to get a feel for it and as Cloudtoe had just purchased the game we ventured else where ,but later on the queues to get a play was crazy.

I was also hoping for a crack at the new KOF VIII ,but no joy there ,but we did see the new Lord of the Rings Game ,which seems OK ,But not blinding. 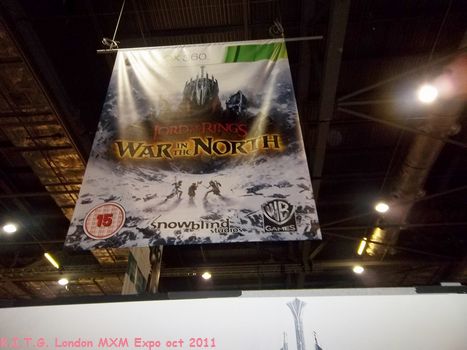 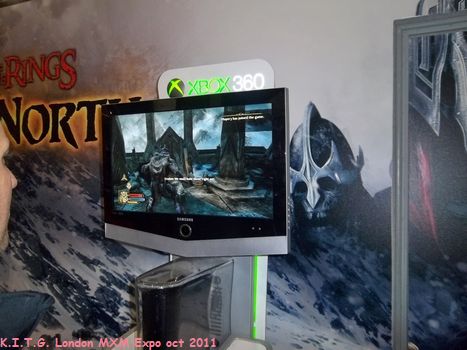 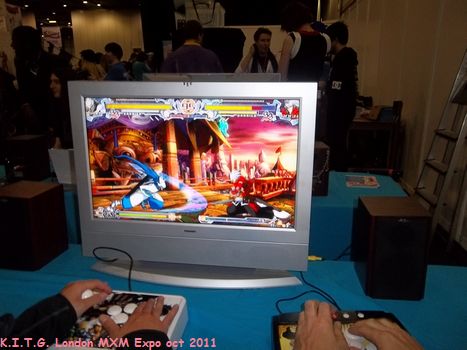 We did sit down for a session on BlazBlue and Smash Brothers which gave our arms a workout ,especially BlazBlue as they had Arcade sticks hooked up to play ( the only way to Play a fighter for sure) ,New Dynasty Warriors 7 was also on show and looked impressive ,but of course they always do ,just find the game-play a bit repetitive on the series ,though it's good for a quick blast . 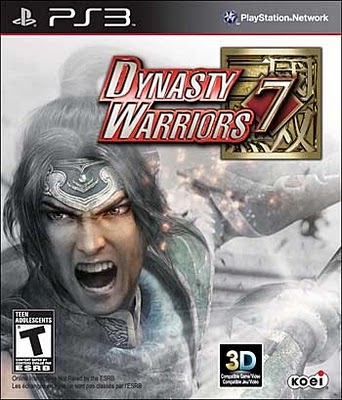 Nintendo had a big stand (similar to there HYPER Japan stand) showcasing many 3DS titles ,like Mario Kart and various Wii Titles ,but I think many are now waiting for the release of the new Wii U next year as quite a few titles on the other two systems are coming to the Wii U. 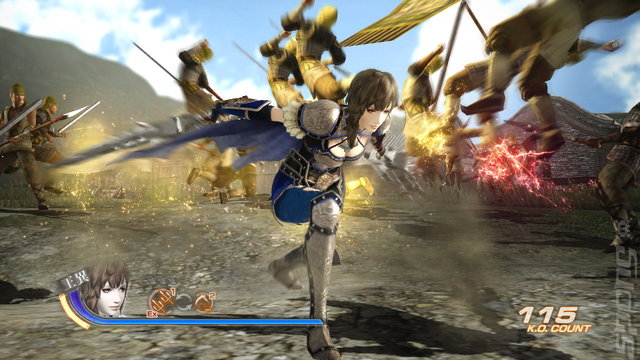 All I all the show was a good day and the Excel center is a fine venue ,it's a sure fire one for next year and if I am right they usually have one in May before the October one . Next time I think two days attending will be on the cards ,then maybe I have time to hang around and play some more titles , who knows may even go as a Ninja or Invisible Samurai .

So roll on next year as MXM looks like a regular event for K.I.T.G.