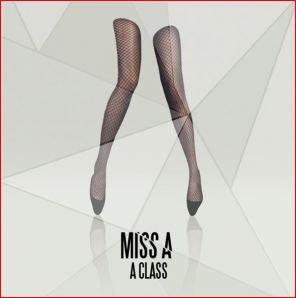 Miss A is a Korean Girl group consisting of four members (originally Five where to make the Grade) two of which are Chinese ,Fei and Jia , and two which are South Korean ,Suzy and Min.

They are also one of Korea's top four High profile girl groups amongst them which are Girls Generation and 2NE1.

What's surprising about that is that this is their first full album release. ,prior to this they had only released singles and a mini album ,which of course all did remarkably well.

They originally promoted them selves in China when they signed a deal with Samsung China and released a song called ''Love Again '' for the Samsung Beat Festival in 2009.

2010 arrives and they unleash themselves on the tough Korean market with their single ''Bad Girl Good Girl'' which featured on their first Mini Album. ,this was followed by the track ''Step Up'.

During 2011 they each worked on their solo careers which included participation in other musicians tracks and even acting work ..They had planned to release their new tracks in May 2011 as their comeback after the success iof their earlier works. ,but this was pushed back to July. JULY came and Miss A announced their comeback which started of with a teaser for their new track 'Good Bye Baby'' which was from their forthcoming First Full album A CLASS.

With Music videos released for the track ,Good Bye Baby,TV spots and media coverage it looks like Miss A are back and here to stay .

The album features a 13 song list and all fall into the KPOP ,POP dance beat style of music ,which seems to do so well in Korea ,China and Japan . Though the songs are sung in Korean ,flashes of English in the choruses make them very universal .

It also should be mentioned that a extended album is out that features remixes of some of their tracks in Chinese . (covering all the bases here).

Miss A may be just getting to the big time ,but I for one hope their around for years. The album is a truly fun uplifting album with no real dud tracks.

The main album comes in a DVD cover size box with a attached photo book of the girls and info on their tracks in Korean. You also get a small mini photo book laminated to hang on your Phone or bag if your that way inclined.

The album features their earlier works ,together with the new tracks ,so you can enjoy Step Up ,Bad Girl Good Girl and Good Bye Baby altogether.

So if you want some up to date KPOP then look no further then Miss A and A CLASS. 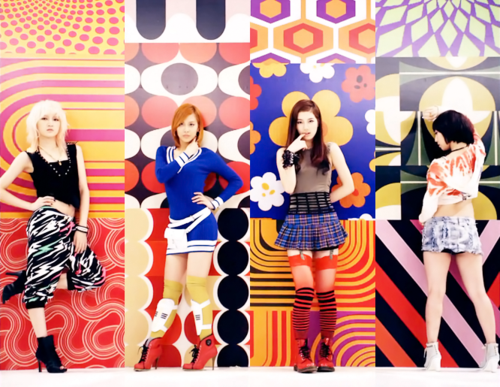