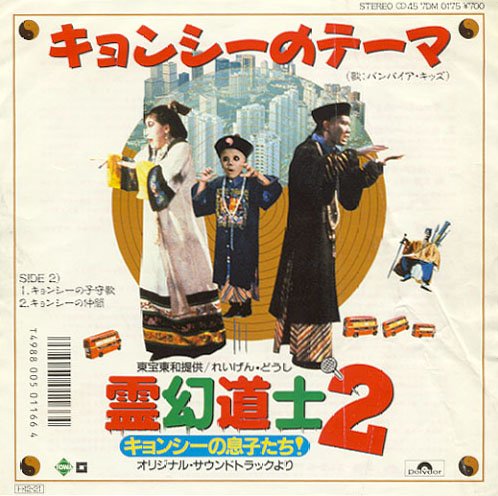 In this sequel to the original Mr Vampire Lam Ching-Ying reprises his role as the Taoist priest that fights evil.But this time we are in Modern day and Lam plays a his character as a owner of a Herbal medicine shop.And claims that he has the experience to deal with Vampires from the many films and books he has read

Replacing the role filled by Chin Siu Ho is the Brilliant Yuen Biao who plays a reporter who is dating Lam's daughter played by Moon Lee who starred also in the original.

The film starts off with a Archeologist along with his helpers stumbling on 3 coffins which contain the three corpses which will be the entertainment for the film.Not knowing to much they take them back to there lab .

Now the corpses are tagged with a spell to stop them walking or waking.But when these tags are removed the corpses awake and attack the Archeologists and in the confusion one of the corpses get away (that of a small boy).

On top of that one of the Archeologists  gets bitten and this is not a good thing as these are Vampires.

Now once they get them laid to rest and wrapped for inspection by a friend they head out to find the young Vampire.Now the one that has been bitten goes to Lam's medicine shop for treatment and when Lam see the bite He knows somethings up so he decides to follow him and tagging along behind following is his daughter and Boyfriend the reporter.

Now Lam has forgotten his Vampire busting equipment and sends Yuen and Moon to follow ,But when they get there Yuen decides to enter the Lab by himself and what ensues is most hilarious as Yuen discovers the corpses and in the process of taking pictures of himself with them awakens them and a fight begins.In a bid to stop them he finds some liquid called retarder which he pours down them and everything begins to slow down to a slow motion fight.

Not forgetting the Young Vampire who has found friends in the form of a young girl and her buddies ,the girl decides to hide the boy from her father as he would tell the police . 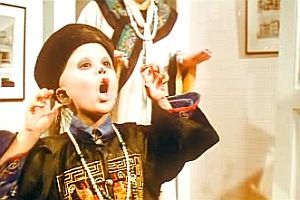 Now without giving to much f the story away ,what we have here is a very comedic film which in places are quite funny,but some scenes do drag on a bit to long (like the slow motion scene ).

The scenario with the young Vampire is quite soppy in places and fails to give the spark that made the original so great.Also there are not enough scenes with of Lam and Yuen fighting the Vampires,as this is the entertainment value of these films .

So all in all though not a top scoring film it does have entertainment value ,just that it's not consistent in the way that with the original you could quite easily watch it again straight after the first viewing and enjoy scenes you may have missed or scenes you did not for that matter.With this you may want to wait six months before watching again.That's the difference 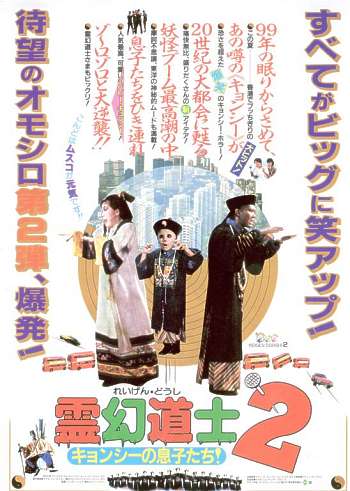 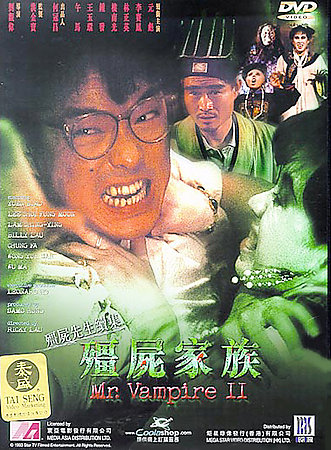