This was Olivier Gruner's second film made in 1992 ,after his debut in Angel Town he tried something a bit different . Albert Pyun the director of Cyborg came up with another futuristic action film in the form of NEMESIS . Olivier Gruner plays one Alex Raine a LAPD cop who has some body enhancements .

On a mission against some rebels known as the Red Army Hammerheads he gets injured and left for dead after being confronted by their leader Rosario .The Hammerheads are using a courier Cyborg to get hold vital information for their cause.

After some rebuilding work our disillusioned Alex leaves for Old Baja where he has tracked Rosaria down and kills her . After this his Old handlers arrive led by his Old Flame Jared who is actually a Android.

It's Now that Alex decides to leave the LAPD and become a gun for hire. Now the Commissioner (played by Tim Thomerson) is just letting Alex run free awhile ,but when Jared Turns and his accused of having stolen information that she is believed to be delivering back to the Hammerheads they decide the only way to recover the data is have Alex find her .

They track down Alex ,who is now sporting a Ramboesque Hairdo .( a Big Black wig) They capture him and and request he do the job of finding Jared ,if he refuses they will detonate the Bomb they have implanted in his chest while his last repairs were done (see you can't have a nap with out someone fitting a bomb to your chest).

Reluctantly he agrees ,but it all seems like a set up he is flown to an island called Shang-Lu .It is their that Jared is meeting the leader of the Hammerheads Angie-Liv .

But after a confrontation with one of the rebels called Julien who tells him that Jared was fatality wounded ,but not before they got hold of her memory banks and have on what looks like a USB drive . ( Hooking this up to a video device like a Mp4 player Alex can talk with his ex-flame ) .

All I know is sexual relations are gonna be hard with a USB stick . I suppose he can always disconnect her when she whines to much though.

He is also told of how Greater forces are creating Android clones of important people like Politicians and such like ,which could spell doom for mankind.

Also in town is local guide Max who saves Alex and brings him to the Hammerheads ( Max is a scout for the Hammerheads and wants Alex Dead as he killed her sister ,Rosaria..

Max decides to join their cause ,but the strike force tracking Alex has other plans and a battle ensues.

The goal is to get Jared to a compound where they can track the the labs where they duplicate people,once located they can send in rebels and destroy the labs.

There's no denying Nemesis has a convoluted story ,and knowing what’s going on can be somewhat hard if your not paying attention, but one thing that Nemesis has in bucket loads is style as Albert Pyun's previous films have . With lots of pyrotechnics to blaze across your screen,OK not to much actual unarmed combat takes place ,but what does arrive on screen is dynamic and exciting to watch, as Olivier Gruner shows why he was world champion..

Then we have some great roles played by some solid actors,Tim Thomerson is his ever reliable self as Commissioner Farnsworth ,and as his side kick we have Blade Runner star Brion James..

In 1992 Nemesis was a feast for your eyes in terms of entertainment it's this you have to remember when watching these older films .What can be done today could not be done then ,so I always take this in to consideration when awarding scores to films .

And in he end it was this film that gave Olivier Gruner a wide screen exposure and secured his roles in later classics like Savate and Mercenary.

Score out of Ten = a eye popping 8 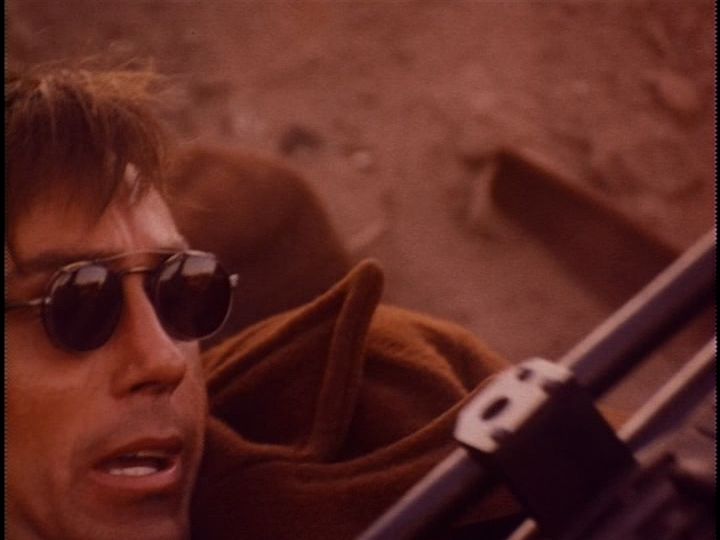 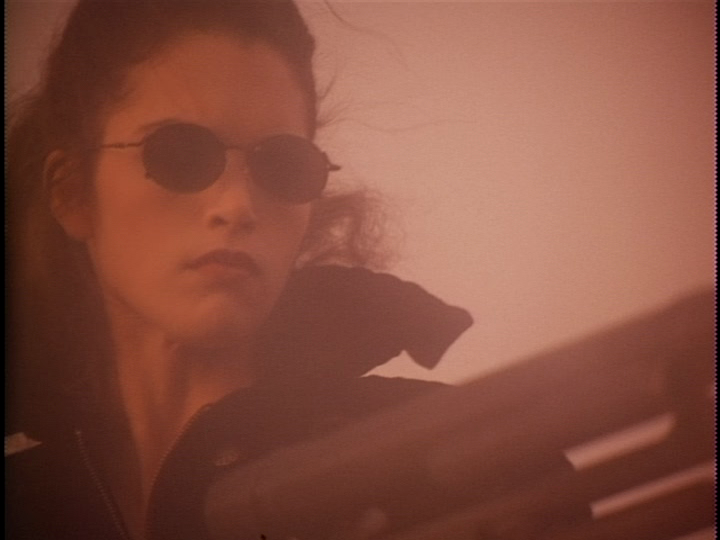 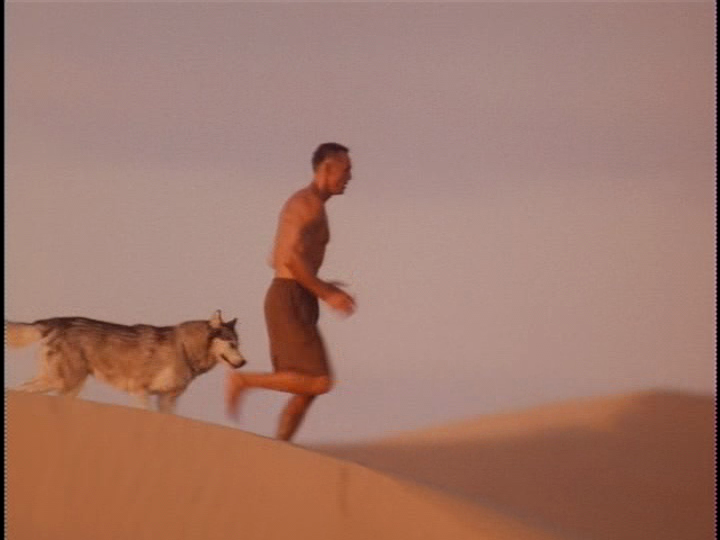 Is This Olivier's own Dog ? He has featured in a few of his films
Cool ,Calm and Collected ,Alex is about to get some Payback.
Tim Thomerson always a brings a bit of polish  to films,He was great in Trancers
Not so sure about the Rambo wig Olivier is sporting here,lucky enough it does not stay
Another great actor ,Cary-Hiroyuki Tagawa stars as Angie-Liv
Cast and Credits