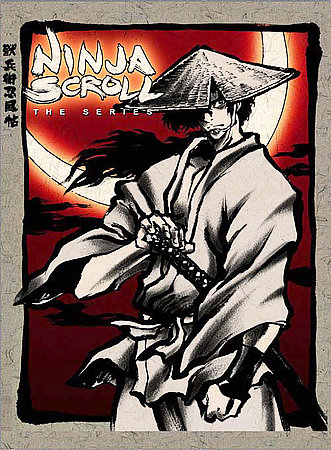 Welcome to our first in our new section on Anime /Manga orientated entertainment.

Here we have a look at the first four episodes of Ninja Scroll the series which was based on the original feature by Yoshiaki Kawajiri . This series made some 10 years after the original concept is based around the plights of a wandering Ninja by the name of Jubei Kibagami who is the main Protagonist of the story.

Jubei wants nothing more then to rest and chill out most of the time ,but trouble always seems to find him. And it surly does when he gets involved in the task of protecting a sacred stone called the Dragon Stone which he must hand to a young girl by the name of Shigure.

Now Shigure is young and innocent girl who all her life has lived in peace in the mountains with her family and fellow villagers. What she does not know is that she is treasured by her people and known as the light Maiden who together with the Dragon Stone which she can manipulate ,but of course she does not know any of this herself.

Her fellow villagers put on a show of being humble and not warriors out to protect such a sacred treasure.

Now if the Dragon Stone would fall into the wrong hands ,for instance the ninja clans of Hiruko or the evil Kimon Clan then well life would be a bitch so to speak.

Now a rogue ninja by the name of Rouga steals the Dragon Stone from the Hiruko Clan so he may give it to the Light Maiden , Reaching the village where Shigure is he arrives at the moment that the Kimon lay a full siege attack to the village .

The Kimon Clan wants the Dragon Stone for it's own devilish deeds .led by Anden Yamidoro the clan is hell bent on destroying the Hiruko Clan which is led by Anden's identical twin Brother Mifu ( I was confused at first).

Now the Kimon which utilizes all sorts of robotics and magic to full-fill their needs attack the village and basically destroy and kill all ,as the villagers fight for their lives their main concern is the safety of the light maiden .

Just happens that Jubei is at the village when this takes place and helps with subduing the Kimon for a while (a foe he has run ins with earlier).

Now Rouga who is a transforming werewolf type Ninja meets his match trying to protect the light maiden who runs of into the woods. It is Jubei that talks to him last and it's here that Rouga hands him the Dragon Stone and lands him the task of finding the Light Maiden and handing her the Dragon Stone. Of course honour bound what else can Jubei do but accept the task in hand.

Meanwhile Shigure wanders lost to the world ,as her own has fallen apart around her, that is until she meets Tsubute ,a young mischievous mountain thief and Dakuan , now what would any Anime be without some light hearted sections and it's these two characters who offer us the light relief between the violent skirmishes that take place , Thing is Tsubute is out to steal the Dragon Stone when ever he can ,just because he can and Dakuan a ageing priest wants the Dragon Stone for his own reason ,this of course is a mystery and so is Dakuan who lets on more then not that he may be some one else. We will see I'm sure.

Now Jubei who has the Dragon Stone now seems to be the target of all who require it. When the Kimon send to adversaries to relieve Jubei of said stone he ends up with a fight he was not counting on. Confronting him are Jyashi a Katana carrying Shinobi who has a specialised eye socket which he uses to hypnotise his foe and make them believe they are in a alternative plane. Handy when when you want to catch someone unawares.

His companion is his sister Rengoku a Kunoichi who holds the ability of self surgery making it possible for her transplant all sorts of body parts on to herself ,making her a formidable fighting machine.

But fate is not always in the eye of the beholder as when Jubei slays Jyashi ,Rengoku vows revenge for his actions , looks like another loss for the Kimon who grows ever more aggravated by the situation.

Now Jubei main goal is to find the light maiden and give her the stone ,but it looks like the Hiruko have other plans with the aid of another Kunoichi by the name of Azame , Now Azame has the power to manipulate root systems of trees and plants ,working at a distance she can attack her foe from safe confines , she attacks Jubei , using the forest to her disposal she manages to relive him of the Dragon Stone or at least half of it. Now this puts Jubei in a predicament, hwo can he hand the light maiden half a stone ,now that's another quest he has getting the the stone back.

This pretty much covers the first four episodes of the series and though not as animated as well as the original film ,i feel the story drew me in pretty quickly ,each episode added another branch to the story with out venturing into the nether regions of what's going on here !

At just over twenty minutes a episode I viewed these in one sitting and the time pass by with ease and enjoyment, whether the next installments live up to first part we shall see next time ,,,, Watch this space. 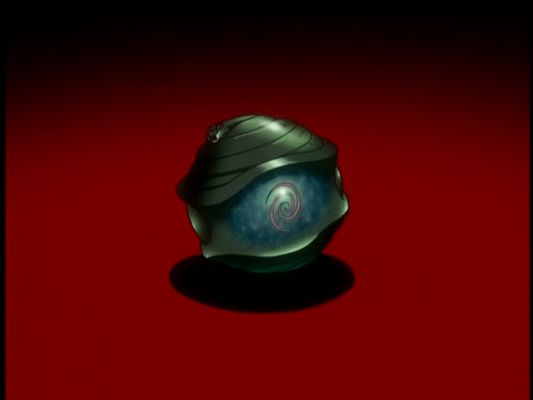 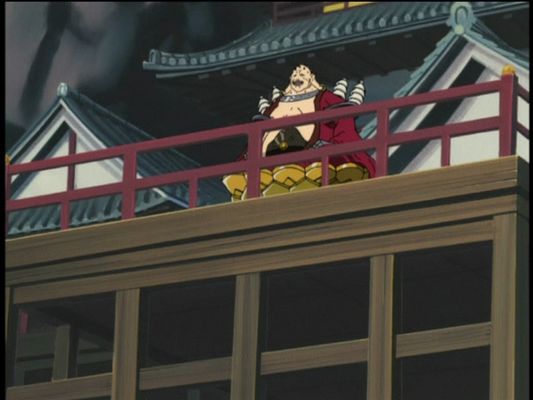 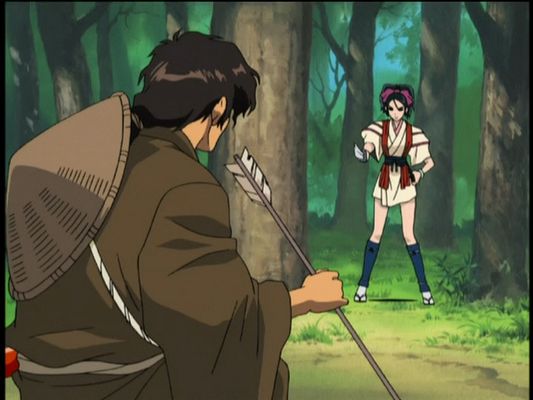 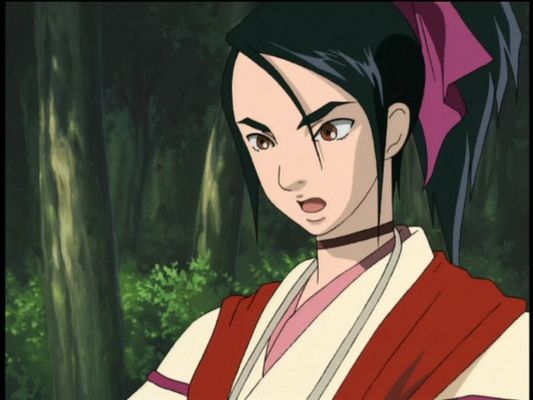 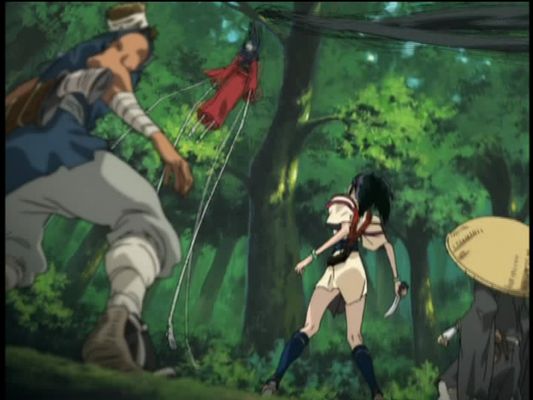 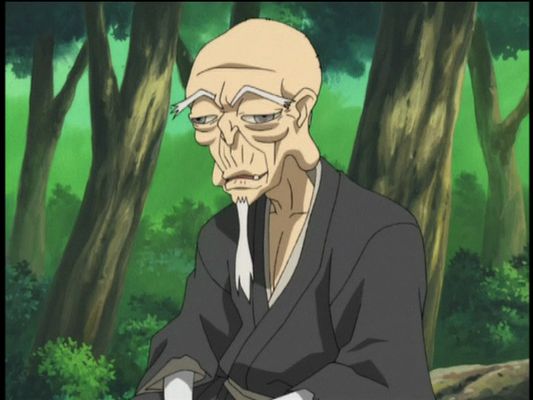 Trailers  / Clips
Other Anime You May Be Interested in on Site