Back to Japan Town Home 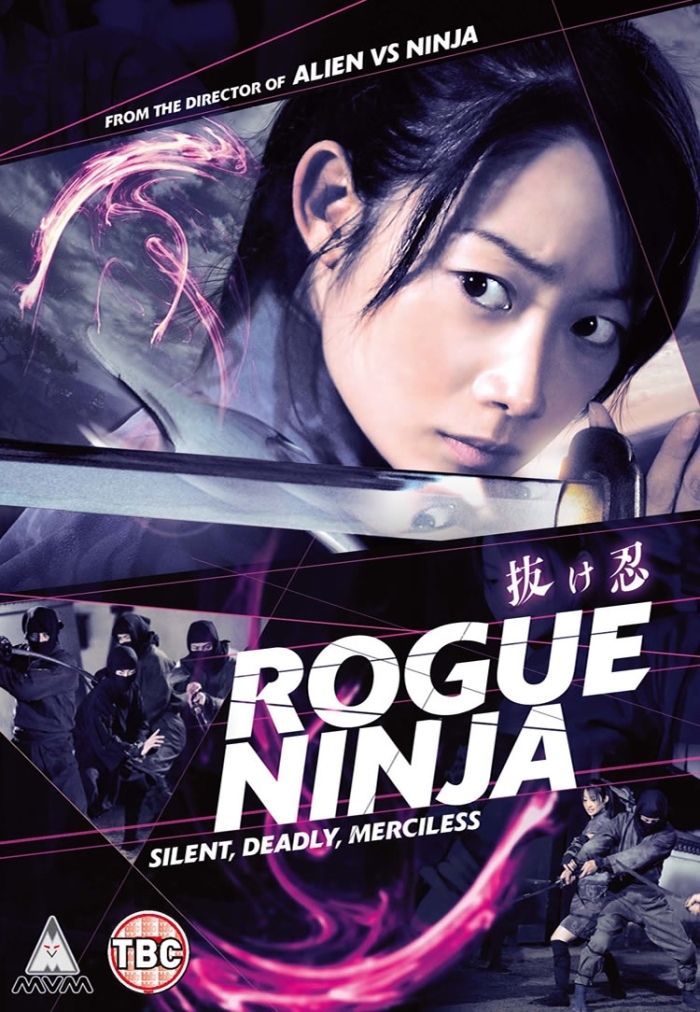 Seiji Chiba is becoming one of those cult directors from Japan that constantly delivers fun action films ,though they are shot on a budget. After his Western release of Alien vs Ninja it seems that we are likely to see more of his films released in the West.

A good thing to ,now we have Rogue Ninja or The Fugitive Ninja as known . Released in 2009 in Japan it's one that stars Mika Hijii from Alien vs Ninja. It surrounds the story of the battle between the ninja clans in 16th century Japan , Mika plays one Ukagami a beautiful and one of a very few female ninja . Ukagami is a member of the Iga ninja .Her trouble starts when she returns from a mission. Though she is revered by the Head of the Iga clan ,her problem lies with the head of the Lessor Ninja who plans to take over by rebellion.

The Lessor Ninja head is a frustrated brutal character who rapes women and has resorted to raping and killing his own clans women.

He sends Ukagami on a mission ,which in turn is just a plot to get her on her own and split her from her fellow ninja . This way he can attack the head of the Iga and take over himself.

What's funny here is that the Lessor ninja are the ones that go around masked (as you would imagine a ninja) while the other more experienced Ninja are more like warriors with a moral code of ethics. Hell Ukagami does not even carry a weapon as she is one herself ,often dispatching opponents by hand or utilizing the enemies own weapons against them selves.

Ukagami finds out it's a trap after she is attacked in the forest by the lessor Ninja. With the aid of a fellow ninja who has a soft spot for her . She finds out that her child hood friend and fellow Ninja ''Kamari'' has been taken hostage by the Head of the lessor ninja,plus the head of the clan has been killed to.

Ukagami has to rush back to save her friend and find out about betrayal as her trusted adoptive brother (another formidable Ninja) brings a twist to the story.

Mika Hijii brings a smile to your face in this action fest ,that only runs at around 70 minutes. Being shot before Alien vs Ninja you can see her action performance is not as dynamic here as in the newer film ,but she still has the moves. It could also be a possibility that Seiji Chiba is getting more adept at shooting these fight scenes .

So you want ninjas ? Well this won't let you down .it's fun filled film which lacks slightly at the end ,but the fights are fun and I for one look forward to more of Seiji Chiba's films getting a wider release in the UK .

And you won't have long to wait either ,as in October MVM entertainment who brought us this film is releasing another Seiji Chiba Ninja film ,this time Rina Takeda (High Kick Girl / Karate Girl) is the Ninja Girl or Kunoichi as the film is known.

So between the likes of Seiji Chiba ,Go Ohara and a host of other new wave Japanese action film makers the future looks rosy.

*On another note I must say the synopsis seems wrong that is printed on the DVD over and that many retail sites have up ,but then I have also read a couple of other reviews that have got the story wrong 'have they watched the film I ask.

Mika Hijii is one Deadly Ninja

One in the Eye for Leader of the Lessor Ninja.

Look into my eyes!

Alien vs Ninja - 2010 - Mika plays a Ninja warrior out to save her fellow Ninja from Aliens.

Other films Directed by Seiji Chiba reviewed on site