Directed By: David May 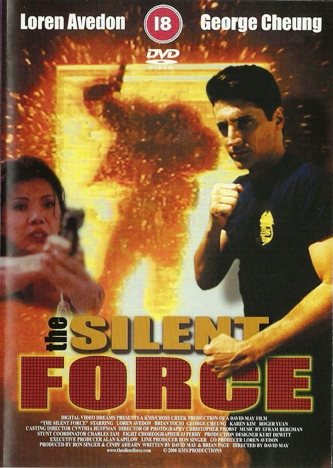 In this 2001 film starring Loren Avedon and George Cheung we are presented with a story that bears more then a passing resemblance to The Punisher Movies  .

For here Loren plays one Frank Stevens who becomes a one man revenge force after his friends and Team mates are slaughtered by a Tong Leader and his gang after Frank and his buddies have apprehended the Tong leaders son and humiliated him.

The story goes that Frank Stevens is part of a elite Federal squad ( The Silent Force) working to fight crime led by the Triads and Tongs who are dealing drugs and other contraband.But whilst out getting supplies the headquarters of his team is attacked and his entire team is wiped out (apart from his partner who is captured).

Arriving back at his offices (which looks like a old warehouse) Frank is greeted by the members of Tong leader Hue Gung Pao ,who attack him and leave him to die in the building which they have rigged to Blow. After being knocked down he realizes all his team members are dead  and Bombs are about to go off .

In a burst of power he manages to escape by jumping through a window just as the bombs detonate.

Believed to be dead Pao and his gang rejoice and celebrate by torturing Franks partner Billy by feeding him to the sharks by hanging him from their boat and attracting Sharks with bait .After poor Billy has been eaten alive Pao and his son think that without The Silent Force to bug them things will be easier Now.

How wrong could they be ? Well quite wrong really as Frank has survived and is going to set the record straight by becoming a one man army to serve his own type of justice.

By attacking the businesses  of Pao he Kills a number of Pao's men whilst at the same time retrieving some of the organizations Money.But when Pao finds out he is furious and demands the culprit is found and made to pay .Offering a cash reward for Franks head or a bonus if caught alive he sends out his men on a mission of death.

Now the Tongs believe they have a traitor in their midst and it seems they are wright .For when one of Pao's men named Thai recruits help from outside the country, he finds that his hired assassins recognizes his girlfriend (Natalie Woo) as a widow of a ex cop (who they had killed) .

Deciding to deal with the matter himself Thai confronts Natalie  himself  only to come unstuck when she shoots him dead.But when help arrives for Thai it's to late and who is waiting to greet them ,well yes good old Frank with his trusty shotgun.

Meanwhile Frank has been busy dishing out justice and the FBI are not to keen on him going it alone ,they track him down on his boat and give him a choice .Join the Team or his so called death may become a reality.

In a bid to help Natalie Frank follows her and meets her at the train station to give her some money and send her on her way ,but it's all to late as Pao's men have caught up with her and kidnap her.

Now on a mission to rescue Natalie ,the Tongs think they have Frank where they want him ,but when they all arrive at Pao's hideout  Frank goes on a mission to break in to the  building and take out the gang one by one.

Coming face to face with some bruisers in the process .

But when all seems lost as Frank is given the ultimatum to give up or see Natalie die in front of him ,he drops his gun and is sent flying by one of Pao's musclebound henchman.

Now Frank must fight for the life of Natalie against a giant ( Yes it's none other then Matthias Hues).But just as this happens the FBI who Frank has been working with storm the building and save the day.

Now all Frank has to do is get Pao's son who is off collecting the money  Frank had taken from them.But when Pao's son'' Kim'', gets to his own boat he is met not by his crew but Frank and Natalie who have come to serve justice .After a scuffle and some well timed kicks ,poor old Kim is left in the water while Frank and Kim look on.

So the story is simple but effective and one which is tried and tested .The film is not a big budget flick and some of the locations used for shooting show this .A ware house district is used quite a bit,and the fact that both the Silent Forces secret offices are located in such a open place seems a bit lame at times ,no wonder they got wiped out.

From a action point of view the film doe's not match up to Lorens earlier NRNS films or King of the Kickboxers.But then those films where shot in a different way and with the sole purpose to excite in the action stakes.

Here we have a more mature Loren in a role offering him a chance to act more.The gun play scenes are OK as with any flick of this nature ,from a fighting point of view it all boils down to who's on screen fighting and the fact that it's obvious that the time given to filming the fight scenes was not that long compared to say Blood Brothers .

I was surprised to see Matthias Hues turn up at the end for Loren to fight ,it's just a shame more time was not given to this scene as it would have been a bonus to see Loren and Mathias go head to toe like in Raging Thunder.

Karen Kim gives a good performance and the ever reliable George Cheung is always a pleasure to watch as he always brings a touch of class to the proceedings.

So your thinking what's the score ,well check below ,but remember if your looking for that elusive Loren Avedon flick to see then Silent Force should be on your list ,but just don't go expecting No Retreat No Surrender 4. 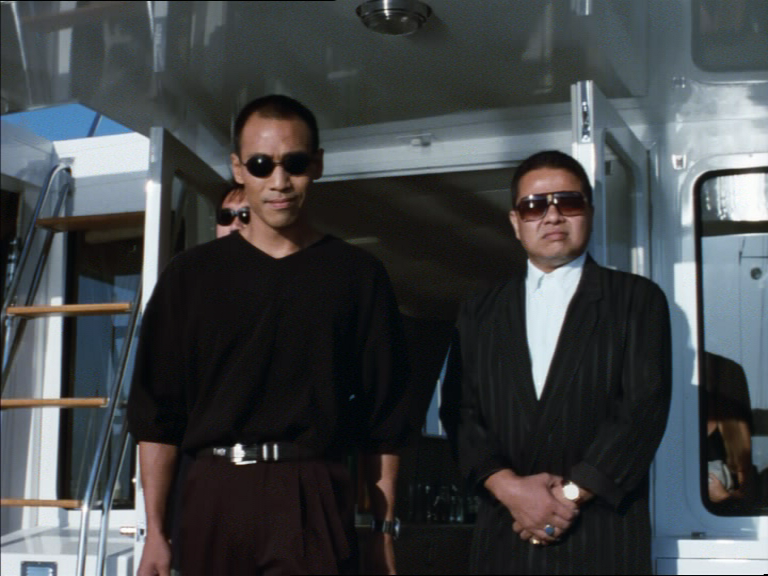 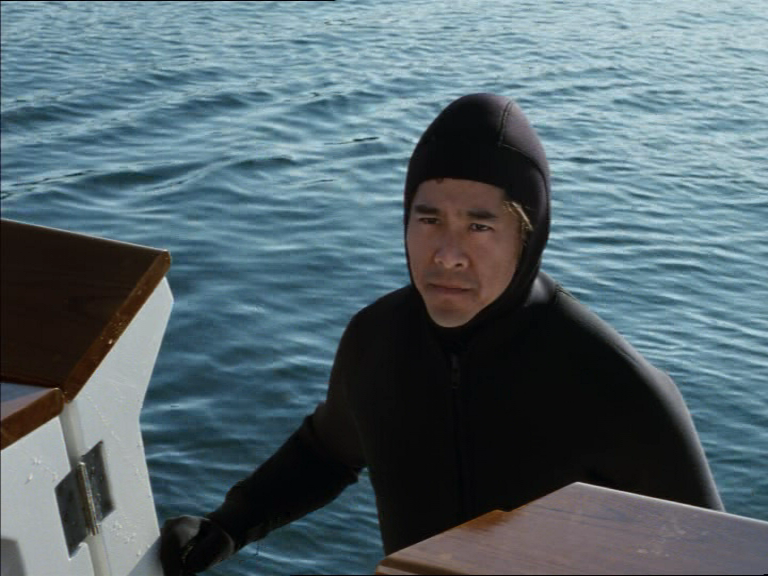 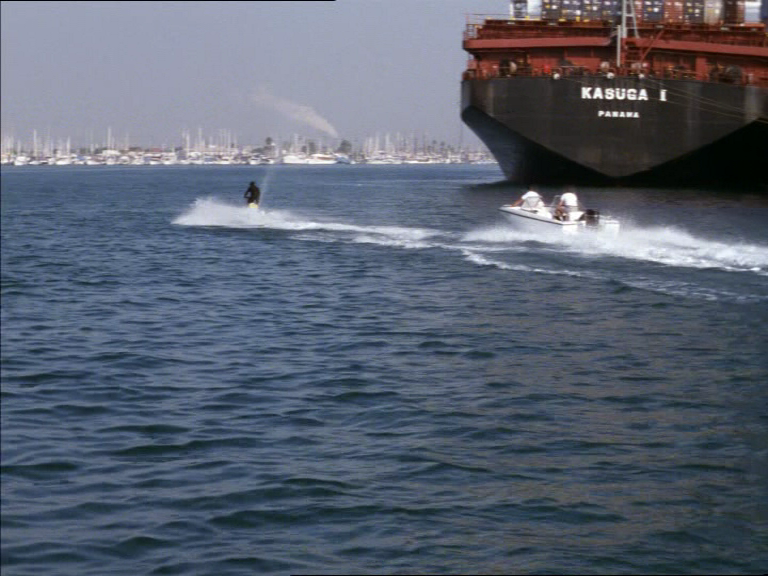 Frank & Billy catch up with Kim and give him a nice Nose. 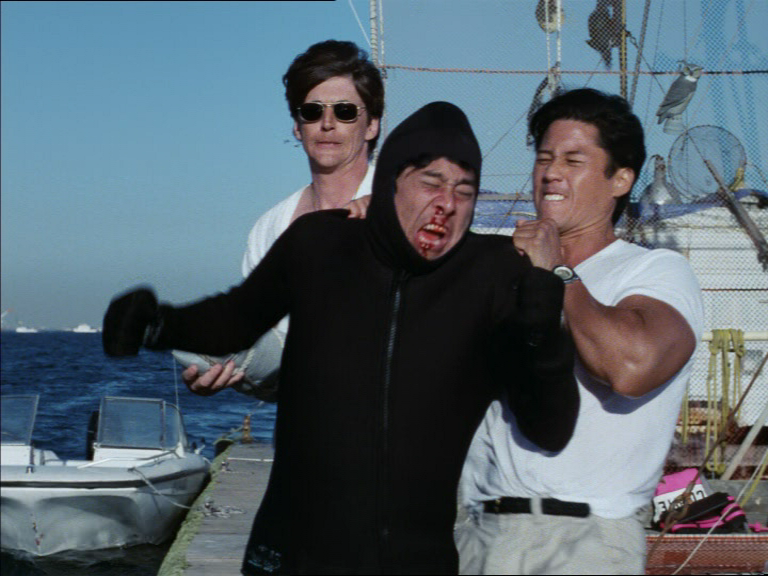 Back at base Frank takes part in some combat training 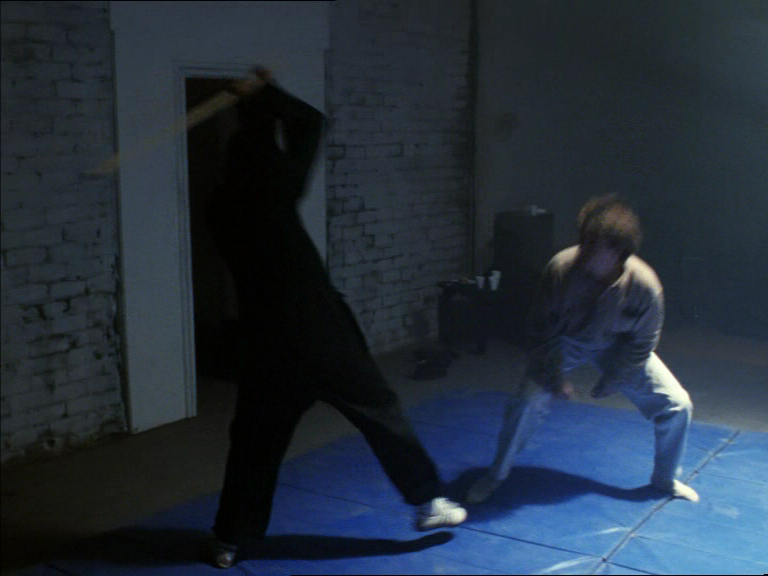 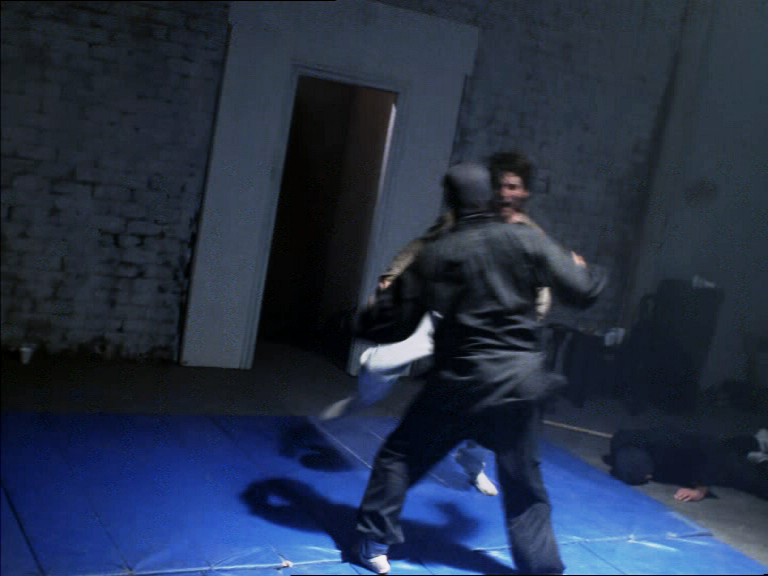 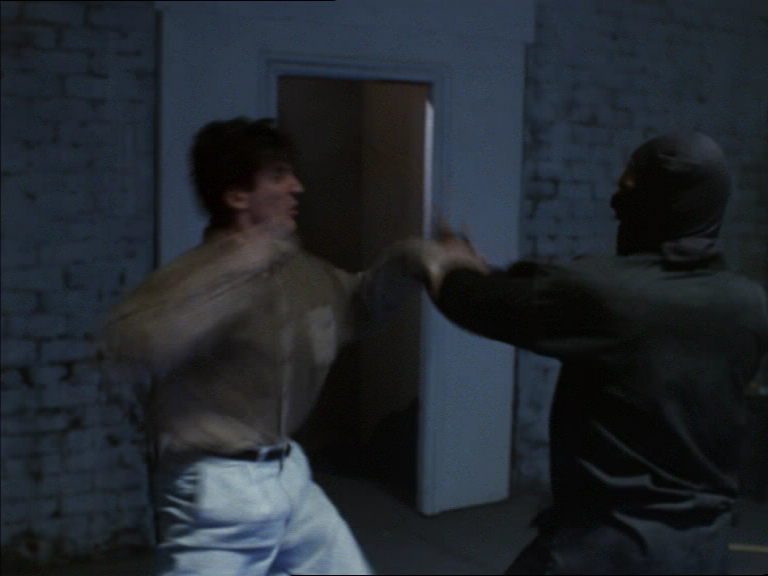 Go On !right on the Nose! 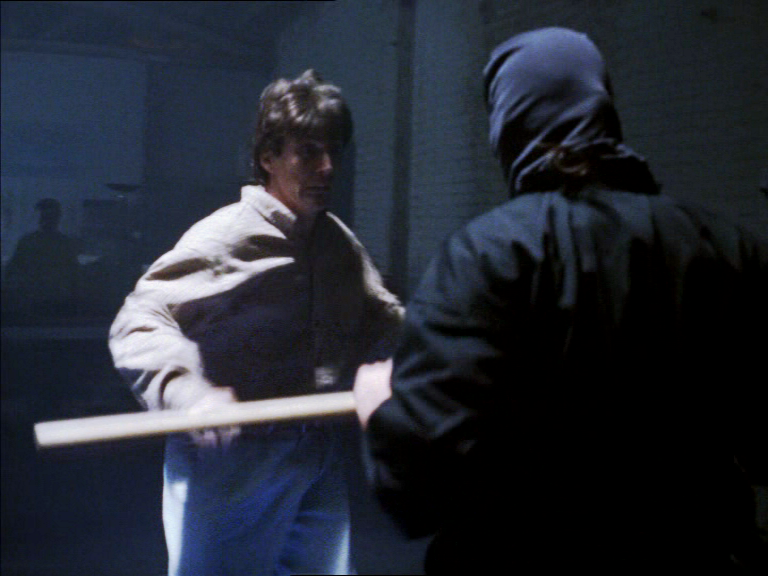 Give me that Stick! 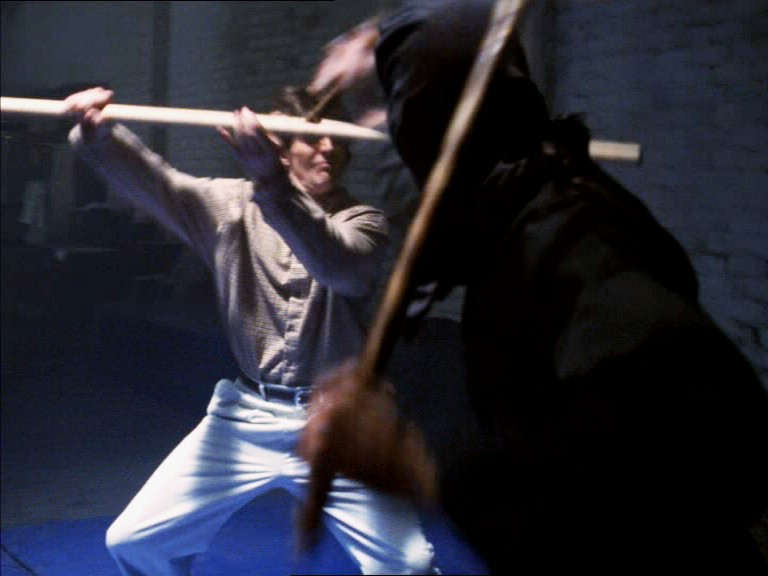 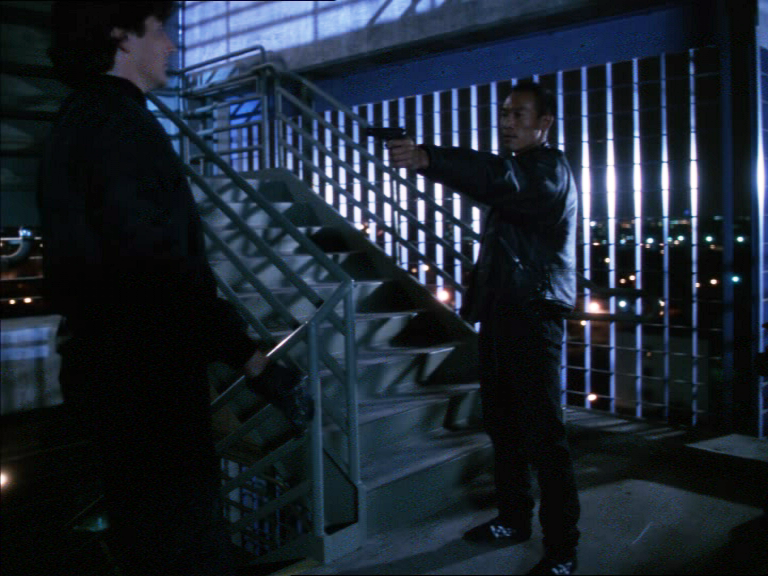 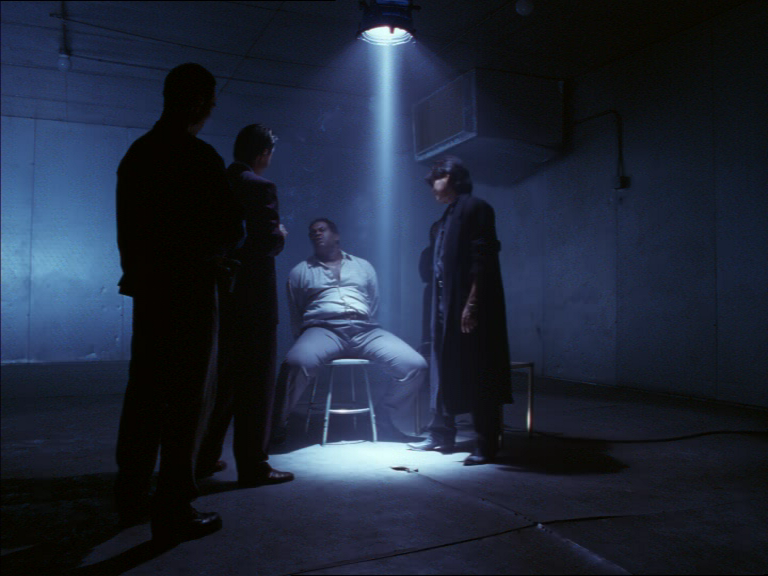 But Trouble is brewing for our heroes. 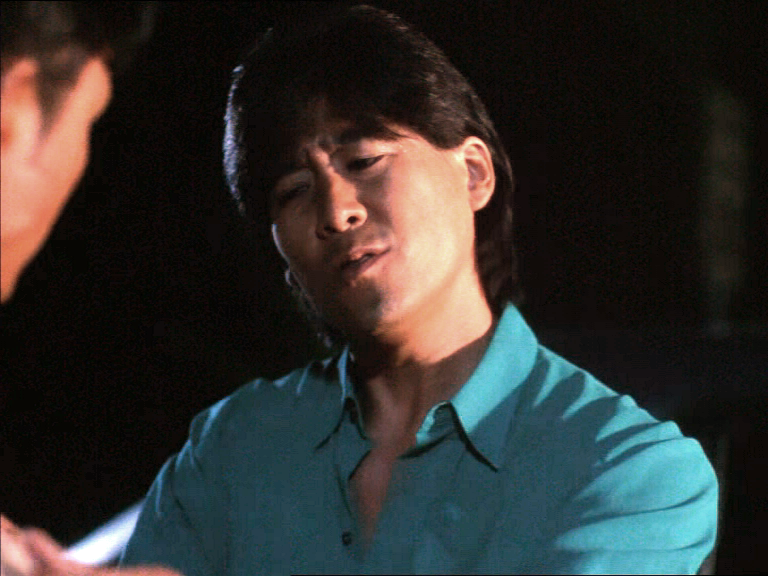 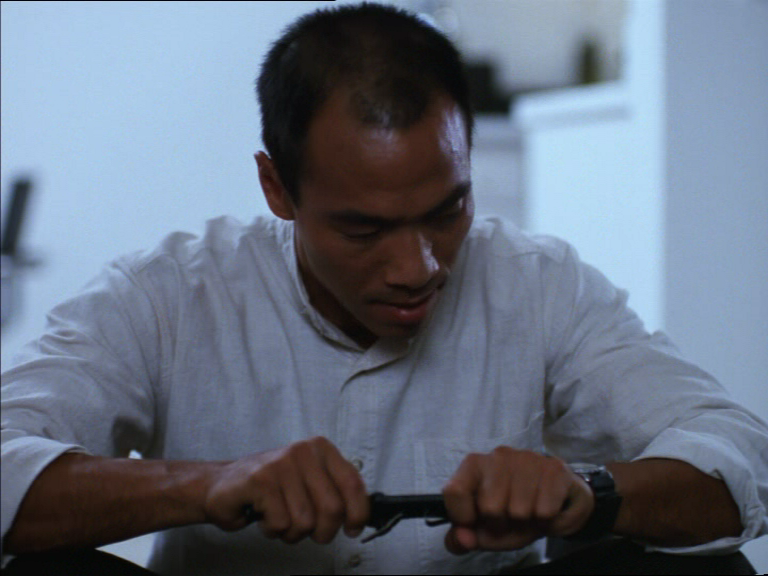 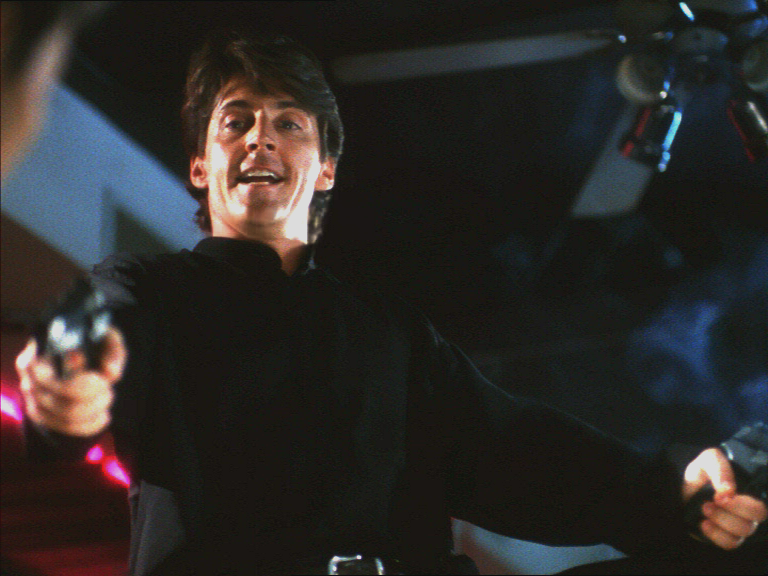 When pushed over the edge ,Frank deals out Justice as Pao Party's 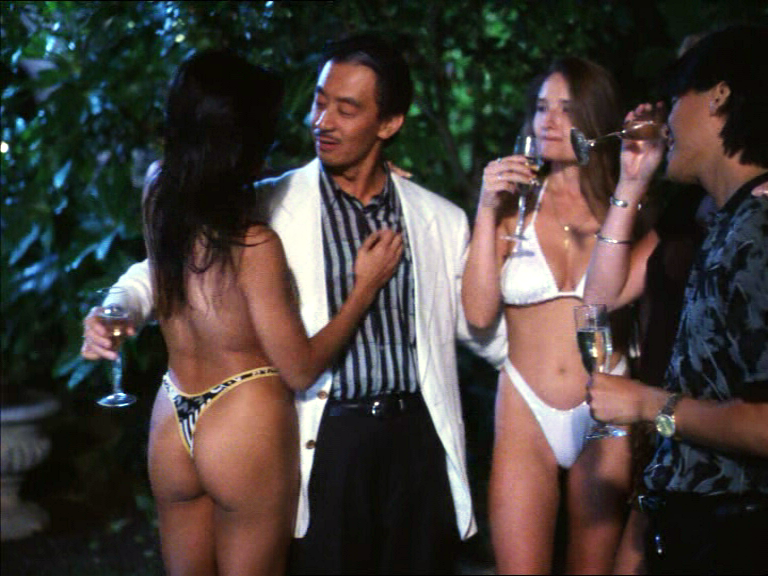 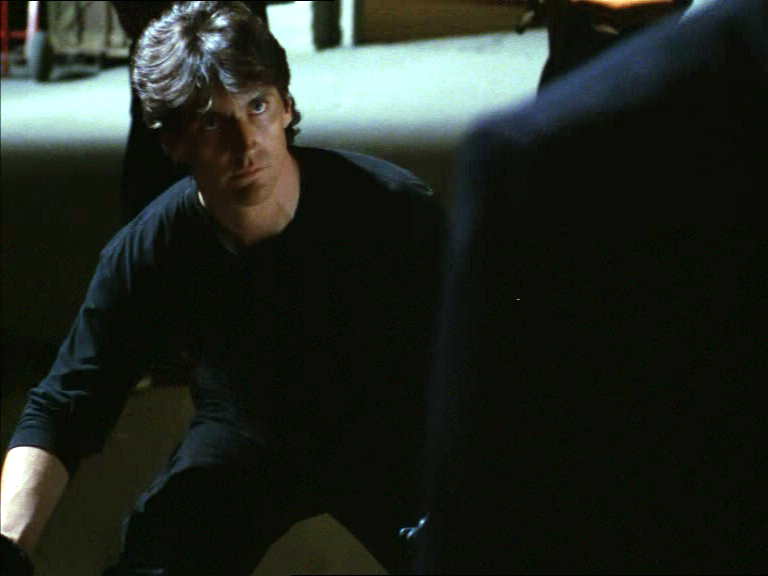 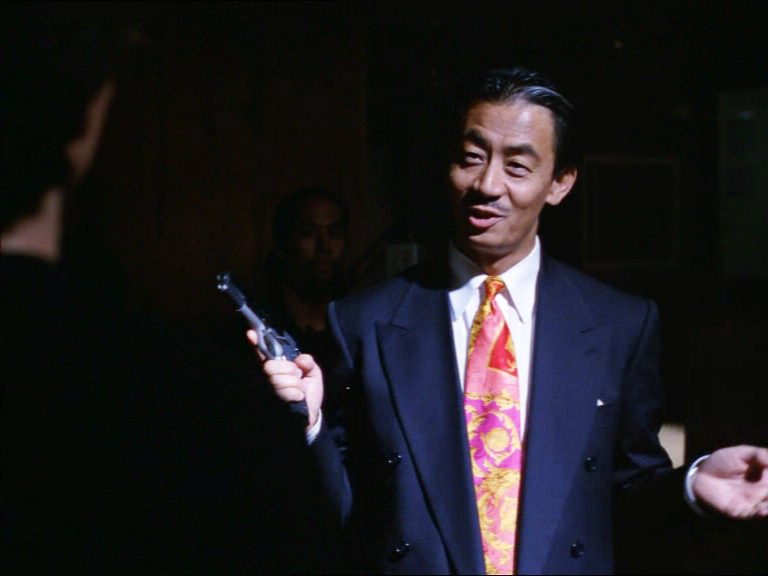 In the end it will all come down quick thinking . 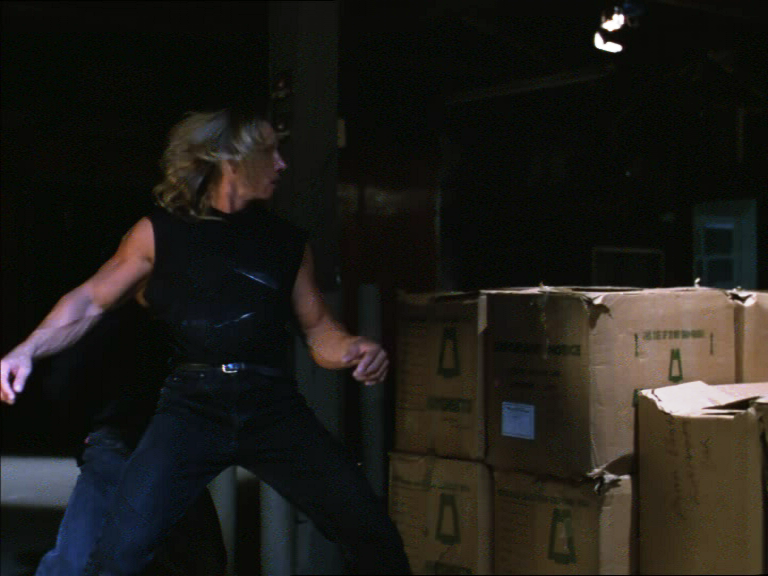 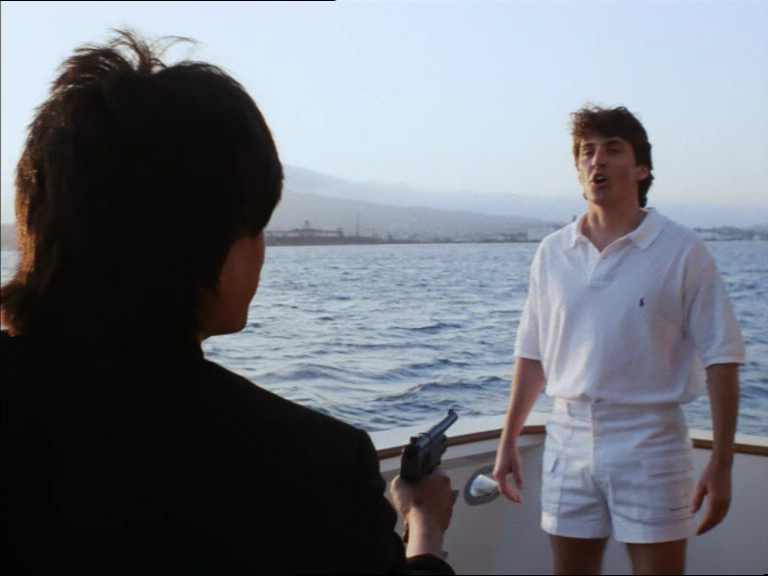 But finally Kim will get more then a Bloody Nose. 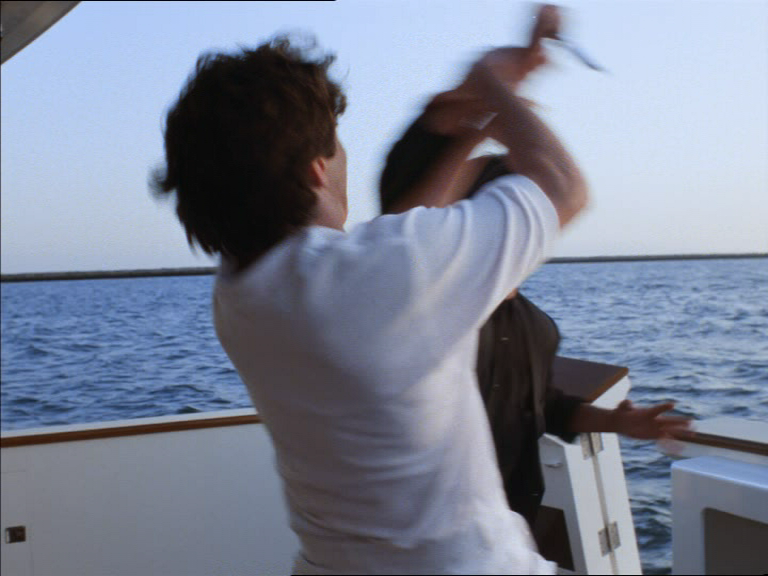