Back to BluRay Home

The Sword With No Name

The Sword With No Name

One thing about Korean Films is there ability to combine the best of the East and mix it up with Hollywood style film making on a grand scale.

The Sword with No Name is no exception , made in 2009 and directed by Kim Yong-Gyun , a director who has not done a film on this scale before.

The film is based on the real life story of Empress Myeongseong but in a highly fictionalised manner.

The story follows one Jo Seung Woo as Mu Myeong a bounty hunter ,in his earlier years he sees a young woman by the name of Min Ja- Yeong. He is taken back by her beauty ,though he sees her for a fleeting time.

Years later Min Ja -Yeong is about to wed the King of Korea and become Queen. In her last days of a civilian she wishes to go to the sea which brings back memories of her father . She ventures alone and meets a boatman and asks to be taken up river towards the sea , the boatman happens to be Mu Myeong . Realising who she is Mu is once again taken back by her aura . She tells him she wishes to go the sea , arriving at the hills by the sea she asks him to wait ,he asks to tag along as he has never seen the sea before.


At the Sea the two share a bonding that results in there friendship ,but one Mu knows can not last as she is to become Queen.

On the way home Mu protects her from assassination , when the Kings guards arrive they escort her back to residence.


Now Mu can not stop thinking about Ja -Yeong and has a passion to protect her, he ventures to her residence and is met with hostility from the guards , after some persistence she allows him entry ,he presents her with a gift to help her through her fears of what's to come .


Noe Jeon the head guard shows a huge dislike for Mu , and would like to see he never returns.

Now Mu is determined to protect Ja-Yeong from whatever and returns to confront Noe Jeon in front of the Kings father ,Daewongun. The King by now has wed Ja -Yeong who now is Queen.


Challenging Noe Jeon for a job as a Royal Guard is his request, Daewongun says he cannot fight Noe Jeon but if he becomes a guinea pig for testing the new bullet proof vests and survives he can be come a royal guard.


Getting through this trial with his life ,Mu is now a guard for the Royal Family. But being only a lowly guard he has no contact with the Queen.


Meanwhile the Queen is making plans with foreign lands and their leaders . This enrages Daewongun who believes Korea should stay as it is and not explore new ideas. He instructs his son the King to keep a leash on the Queen's plans in politics.


Now the Japanese are worried about any alliances the Queen can make with foreign lands , they come up with a plan to stop the Royal Family becoming stronger globally . The Japanese in the end want to rule Korea anyway.

After some time Mu is a protection duty of the Queen and makes his presence known to her , at first she is puzzled but later finds it heart-warming that he should become a guard to see and protect her.


When the Queen life is at risk Mu protects the Queen by escaping with her , all believe to be dead ,but when they return it becomes apparent that the relationship between the Queen and her guard is deeper then many believed.

In another incident where Mu comes to the aid of the Queen as she and the King are in Bed ,his passion for the Queen is to much and Mu is stripped of his post and told not to enter the Royal Palace again.

For the Japanese to succeed they need either Daewongun or the Queen dead ,both are dangerous to the Japanese ,in a cunning plan they arrange a attack on the Queen orchestrated by Daewongun.

The Queen in orders from the King goes to Mu telling him about the fight with Daewongun ,if he accepts to fight Daewongun he may not live ,but the Queen tells him he could send him away and protect him if he chose not to fight , of course he's going to fight,


Mu will have to protect the Queen and then confront his foe Daewongun alone, When he succeeds in suppressing Daewongun's army and saving the Queen he is rewarded in the name of the Queen ,and leaves heartbroken not being able to see her.

Of course by now the Japanese have had enough and are going to storm the Palace ,they are intent on slaying the Queen and the only man that has a hope of stopping them is Mu ,in a clever coming together of Noe Jeong and Mu they come up with a plan to protect the Queen .

Fate will unfold in one night when Mu and his Queen will become what legend are made of.


So such a brave story to depict ,though fictionalised from the truth for entertainment value the film which runs at a good two hours still has to work some ,especially at the beginning which is quite slow to get going, patience is something your need with this one folks.


Action is sparse at the beginning and though many female viewers may like the prolonged intimate scenes ,guys may just find it to much. When the action doe start it's not all roses either ,with large CGI scenes ( that look like CGI scenes) fast editing and fights happening in some kind of dream land at times,it would have been cool if the director just shot the action as a period film and not some fantastical fantasy.


As far as the actors and actresses performances ,well it's a;so this that keeps you watching ,our leads perform flawlessly and their passion shines through without doubt. For this reviewer the film just was to slow in some places with to much intimate content compared to the action and political background story ignored in favour of such scenes.


Films like the Restless , Shadowless Sword and Blades of Blood show to shoot these kind of films. And these films represent some of the best in Korean Period cinema .

Now this was a Bluray review to ,choosing to see the film in the High Definition version, How did it fair ,well to be honest ,apart from a couple of scenes which stood out for there colours and vibrancy I found much of the film lacked the better picture expected from the Bluray format . Plus much of the night scenes where quite dark with the black levels to dark in many places.


Shame really as it would scored a point higher if the HD version was better quality. 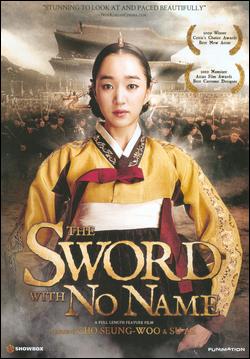 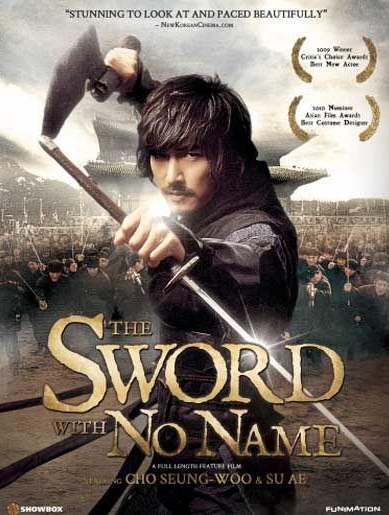 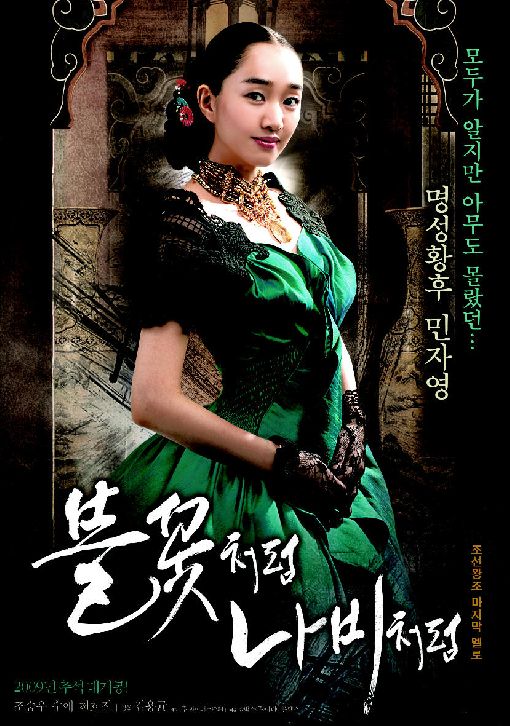 More stills in the Photo Gallery here!
Cast and Credits