More
The King of Fighters

A Tribute to an SNK Playmore Classic Series

Yes The King of Fighters from SNK is a classic piece of gaming that spans many years and this is a page dedicated to these fine games that have appeared on many Consoles from SNK very own Neo Geo to Sega's Saturn and Dreamcast  to Sony's Playstation and Microsoft's XBOX and Nintendo's Cube and Wii.

And with new versions coming on the 360 and Playstation 3 'i felt it time to put the record straight on this series of  Fighting games which although as Hard as nails have found a place in the hearts of many fight game fan. So this is the place to be if your in to the -------

So to begin lets start at the beginning 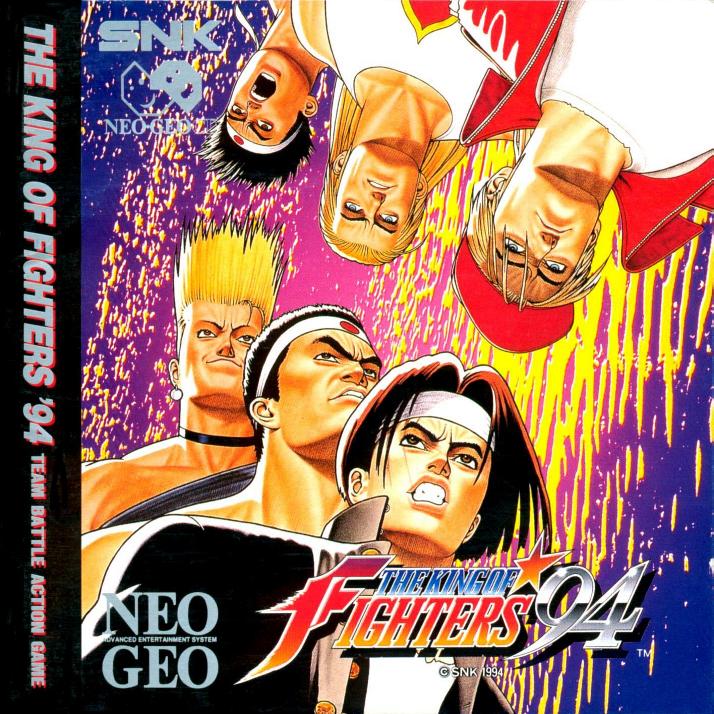 The King of Fighters from  SNK was a 2d fighter to rival Capcom's Street fighter series and some of it's characters had been featured in other SNK fighting games previously .

Now SNK produced the Neo Geo console which at it's time was the most arcade like game console you could get ,and in the West was also the most expensive .I remember seeing these cartridge based systems in the West end of London selling for £600 to £800.00 in some places and on top of that the games were not cheap either coming in at a whopping £150.00 per game .

This was not for the casual gamer .This was hard core and if you liked fighting games there was no better console to have then a Neo Geo as basically it was the arcade machine in your home .I was not one of those lucky enough or crazy enough to fork out that kind of money for a games machine ,and i for one had settled for the Sega Saturn at this point.Now SNK did release a CD version of their console that was slightly cheaper to buy like £400-£500.00 but the big difference was the games were cheaper only about £70.00,but still expensive by my standards or any body else s for that matter.

But having missed those games in the last couple of years i found myself wanting to get one and tracked one down for a reasonable price ,it was a CD machine so i new i could get some decent games at reasonable prices as the cartridge games still go for crazy money sometimes more then when purchased,even some of the CD ones are £70.00 still to buy of certain suppliers.Now i had previously played King of Fighters 95 on the Saturn which was my first foray with the series.But with my purchase i received King of Fighters 94 and found my self not able to put it down .

To think that this was able to be played at home in 1994 was amazing with colorful sprites and animation in the backgrounds that in most 2d fighters you did not see at this time.But what struck me was the fluid movement  and hard as nails game-play that got you hooked ,and in two player mode this is a test of who knows his fighter and along with the responsiveness of the Neo Geo pad and it's 8 way directional micro switched thumb stick made it easy to pull off all those combo's.This was classic 2d fighting at it's best. 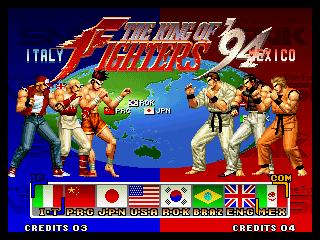 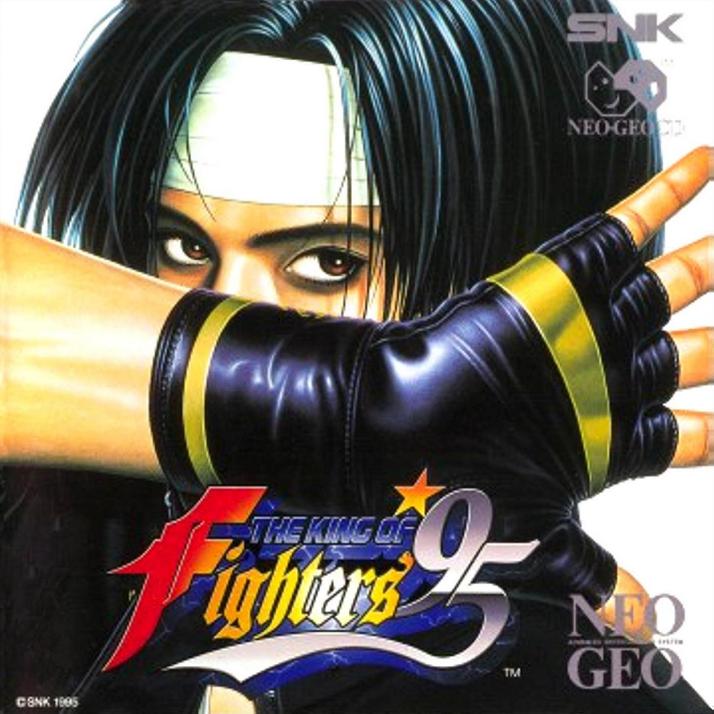 As you can see above in the video section The Saturn Version of SNK's King of Fighters looked just as good as the Neo version but there was a reason behind this,SNK new they could not compete with Sega's and Sony's new machines so they decided to port there games to other systems while still releasing on there own systems.

Now Sony's baby could not really deliver in the 2d department and could not do justice to the graphics of there games but Sega's Saturn had a bonus it was developed as a 2d power house first then 3d and with the aid of a cartridge port at the back they could make the Saturn versions run with all the detail and in the case of the CD versions the Saturn had faster loading times because it had a 2 speed drive while the Neo only had a one speed and loading times in some games were painful at times.

So what they did was to release the games with a Ram cart for Saturn which could house all the background animations while the CD was left to run the game .And it worked a treat ,as you can see above .

But this would make the game expensive to produce so they later switched to Rom carts which could be used for any game ,so you only had to buy one game with a Rom cart and then buy the non cart version of other games as you could use the one cart you had .This is what i done with the Saturn in the case of King of Fighters 96 where i used the cart from Fatal Fury real bout. 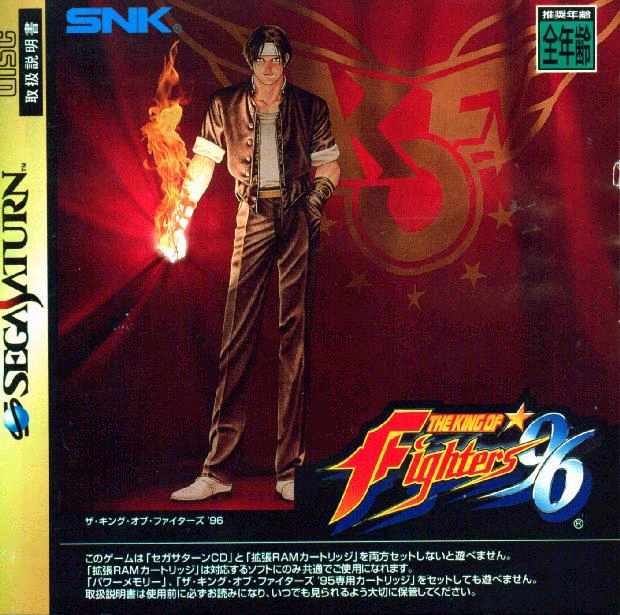 Now King of Fighters 96 was even better then 95 with it's large character line up and lovely animation thanks to the aid of the Rom cart on Saturn.

As far as the Neo version i cannot speak but i may get that version one day. Now part of the game play mechanics of KOF is the Team Battle mode where you choose 3 fighters and so does your opponent so if you beat one opponent you stay on to fight the next and if you lose you would your next fighter and so on this made the game very tactical as using the right fighter against the right opponent could make or break you .

This was the base of all King of Fighters games and in KOF 96 you had a choice of 28 fighters to play around with all the games had varying skill levels to set and in the case of the Neo Geo versions you could save at your last match,which was great.But once again the animation sometimes distracted you there';s one stage in 96 your on a boat and fighting whilst in the background there's people jumping about and a fish tank with fish in ,a fountain flowing and basically it just looks amazing and you can't wait to see the next level.

This was just another classic yet you could not wait for the sequel.To see Terry Bogard and Ryo Sakazaki kick butt again. 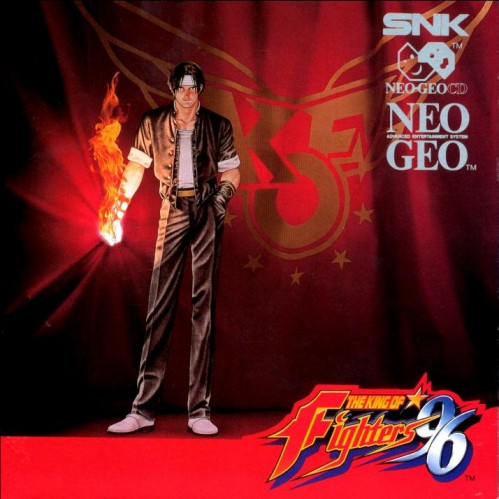 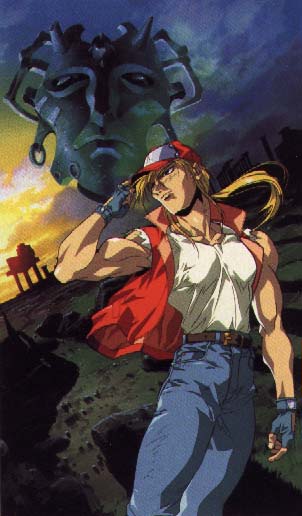 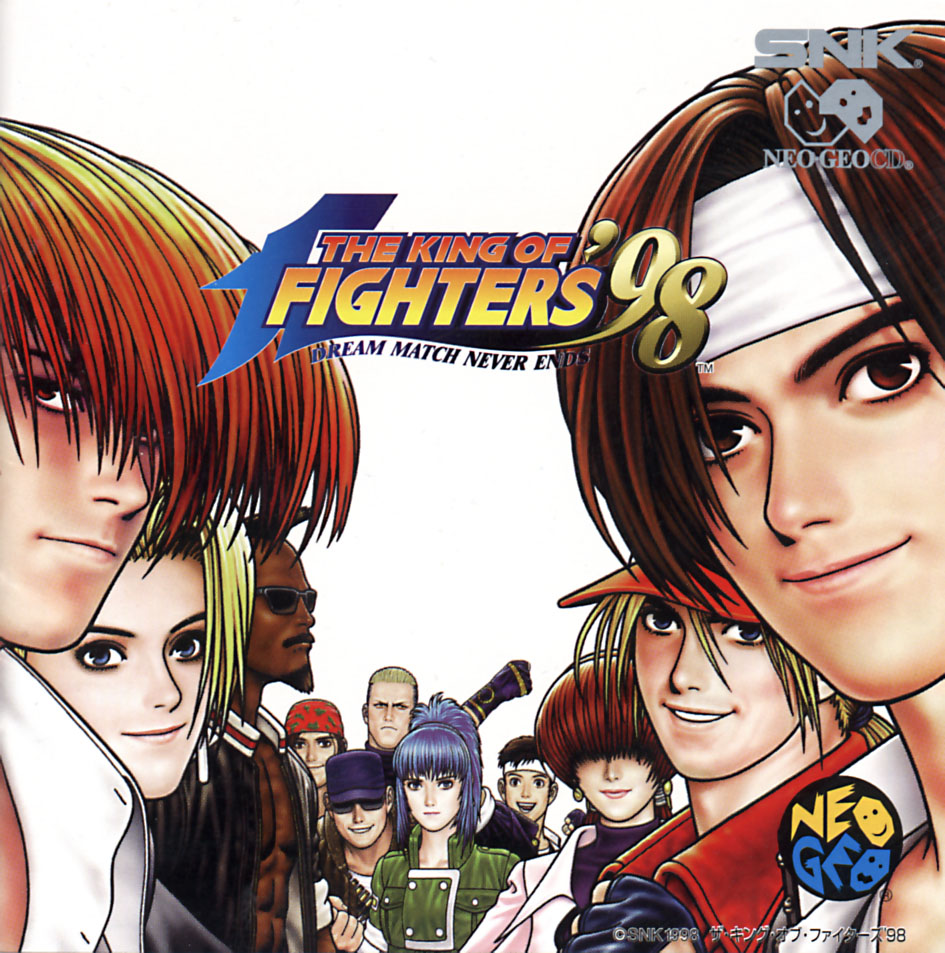 Well your thinking what happened to 97 well that's one i gotta track down so here we have King of Fighters 98 on Neo Geo CD . 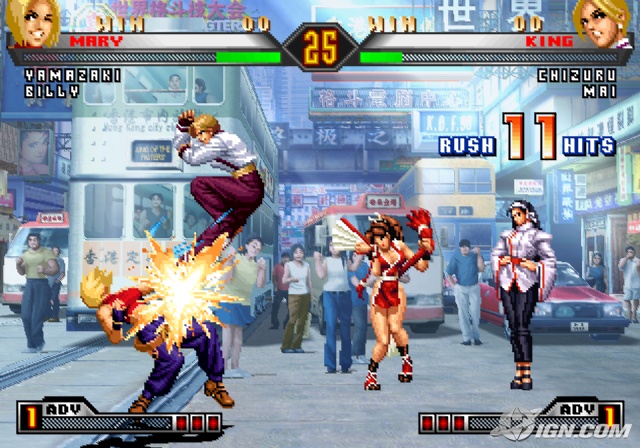 So KOF 98 had arrived and this time the roster was up to 38 fighters to choose from,that's quite a line up ,and once again the graphics had that something special about them but on the Neo CD the loading times where a bit long between bouts but did i mind?, of course not ,i suppose if i had a cart system where it would be instantaneous i would never look at the CD version but hey i don't and this is fine by me .

I also could have bought the Saturn version but this is what i have and i was happy and still am with it the only other alternative was to buy the 2 speed Neo CD the CDZ but they where rare and only released in JAPAN in small numbers.

Kof 98 was good and featured a art gallery with unused art and illustrations from the game .And don't forget these games where never released in the UK other then on the Neo so a Alternative version would have to be a import. 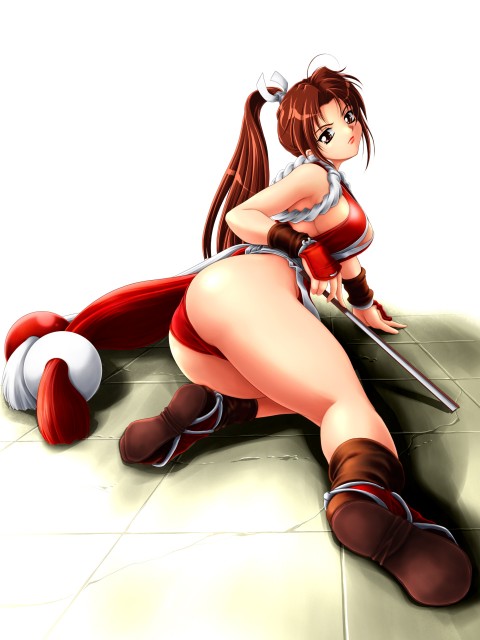 It's MAI from The King of Fighters series