Featuring many guest appearances,Sammo Hung (seen above )being one of them.So whats so surprising about this flick.Well Angela and Carter play students of a respected Kung Fu teacher and when the students are forced to take part in a tournament to save someone 'even though against their teachers wishes all goes wrong.

The Tournament is considered to be a challenge between Hong Kong and Thailand and when both students are defeated and return to Hong Kong their teacher Lau is blamed for their defeat by the Hong Kong leaders (in Kung fu circles that is)their teacher Lau commits suicide feeling shame .This angers Lau's students ,as you would expect and they set out to set the record straight but not before being challenged by the Japanese and their own countryman .And they have not been back to Thailand yet .

So as you can see from above this is no slouch of a film ,the fight between Whong In Sik and Angela and Carter which precedes the above fight is a master piece .

What also makes the film stand out ,i cannot remember a film featuring Muay Thai as early as this .You see Angela and Carter return to Thailand to train under a specialist Muay Thai trainer and enter a new Tournament where the stakes are just as high as before .Will they win or fall fail .Well your have to watch the film to find out .This is one of the most exciting fight flicks i have seen in ages and features a barrage of fights ,all brilliantly shot .

I bought this just as a piece of fodder and ended up with a instant classic 'Brilliant.The Snake. 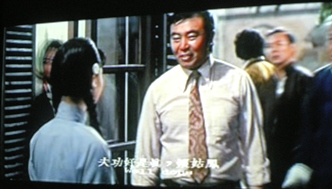