Tiger on the Beat 2

Look at the ''In the Line of Duty''films they share the name ,they are all about the cops and criminal theme yet they never have the same characters . Lucky enough they also share alternative titles which often gives them a better chances with the critics as their not always compared to their stable mates.

With Tiger on the Beat 2 , Produced by Karl Maka and directed once again by Liu Chi Liang (Lau Kar Leung) the story is based around the cops and robbers theme as before . Conan Lee returns ,but this time playing a American Born Chinese named Buffalo who is visiting his uncle in Hong Kong . As for Buffalo's uncle he is a ageing Policeman who has never accomplished anything big in the police and would like to have a crack at a big case, Played by Danny Lee Buffalo's uncle Lam has also been asked to find a young respectable lady for Buffalo to marry.

This all goes wrong when after protecting a girl in a bar (resulting in a fight ,which his uncle gets him off the hook for) he once again meets the same girl again whilst on one of the many arranged meetings with eligible girls for him to marry (often being prostitutes or illegal immigrants form the mainland) all arranged by Lam's friend.

Whilst returning from one of these meetings ,or should I say escaping ?, they witness a girl go overboard on a yacht . Jumping into the water Buffalo quickly goes to her rescue ,she claims she has seen a murder and that the people on the boat are out to kill her.

Being a Policeman Uncle Lam board the Yacht to investigate . Whilst on board Lam discovers it is the Yacht of Local Gangster Fai (played by Gordon Liu Chia Hui ,he played a character called Fai in the first film).

After looking around all they discover are a couple making love. Embarrassed they leave taking the young girl with them . Now the girl referred to as Sweet Dream (Ellen Chan Nga-Lun) is actually just a petty thief who posses as hookers/hostess or what ever to grab what she can . She has witnessed a murder by Fai's hit-man Killer ( Roy Cheung Yiu-Yeung).

She has also stolen a ring which is used to identify themselves as the man they have killed , they needed the ring to secure a drug deal as the buyer will only deal with the dealer wearing the ring that matches his own.

The criminals realize Sweet Dream has the ring and go about trying to get it back at what ever cost.

Now sweet dream sees that Buffalo has a thing for her and uses this to soft talk him ,Lam is not impressed by her and thinks she is just trouble.

So what you have is how the gangsters will try and kill Sweet Dream ,resulting in her room mate getting caught up in the fracas and Buffalo getting deeper in to trouble as he gets caught up in many fights where the Police are called ,which gets Lam in to trouble. In the end Buffalo will wash his hands of Sweet Dream ,but you know he will end up protecting her again as she has hidden the ring they want in Uncle Lam's apartment.

So is this as good as the original film ,which you must remember bears no resemblance to and is Not connected other then cast and crew.. Well I have to say No it does not ,but it is not the terrible film many have labelled it .

I sometimes wonder if the people reviewing these film enjoy Far East action at times as the seem to enjoy ripping into to them .If it's not your cup of Tea ,Don't Drink it !

Ye I know Chow Yun Fat did not want to do a sequel so they Got Danny lee to star , I like Danny Lee in the role ,he plays the average guy who just wants to get on with life with out much trouble ,but trouble finds him so often . His role may be understated ,but remember around this time he starred in one of his most memorable roles ever ,opposite Chow Yun Fat in the Killer.

This is also the film that Conan Lee had a serous injury when he performed a stunt that nearly cost him dearly.

It was a stunt that no other Hong Kong stuntman would do ,so Conan stepped up and said he would do it himself.

The stunt which sees Conan leap from a raised Causeway to a lamppost in a aim to slide down the pole and chase a thief. As the whole crew watched to see Conan perform the stunt it went all wrong when he could not grab the pole properly due to it being greasy (now you think someone would have checked such a simple thing,Hong Kong cinema in the 80's /90's Over the edge for sure), as Conan leaps to the pole you can see he tries hard to keep hold of it but falls straight to the ground ,resulting in a rush to the hospital where Doctors asked what happened .

Lucky enough one of his friends had a video camera at the stunt and had filmed it all . They showed the doctor and as he viewed the incident the Doctor went shook as he watched Conan fall giving out noises of oh my God! Oh No as he viewed the video , in shock he instructed that Conan be x rayed completely and gave a Brain scan to .

How do I know this ! I met Conan Lee Last year and have become friends with him ,This is one of the stories he told .

Of course Conan was not going to do the stunt again as he was injured from before , the stunt is left in the film as it happens and all fans can see what really happened on set . It's quite crazy when you watch the film as you see the stunt and you go wow! Then as Conan Lands he gets up and says I'm fine and gives chase . Of course this filmed a while after .

One review I read said because of Conan's injury he was doubled a lot after the stunt in the film, I for one can see very little of this ,Not in the fighting stakes at least.

Conan said his injuries should have been far worse ,but mostly they where terrible bruising of course this is nasty but when you watch the scene you think he could have died.

I think people have been very harsh on the film as a whole , look at the Bus Station fight ,it's as exciting as the end fight in the first film for sure. May be the comedy element was not as polished as before and I must admit some of the jokes where not as funny as the ones in the original.

But watch this and say you did not have fun doing so ,then I say you Don't like Hong Kong cinema.

Score out of Ten = A entertaining 7 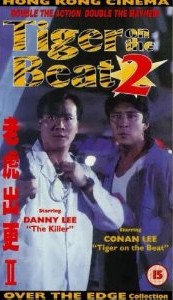 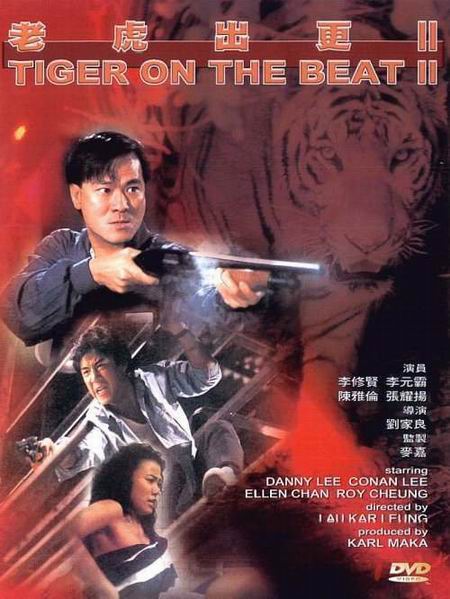 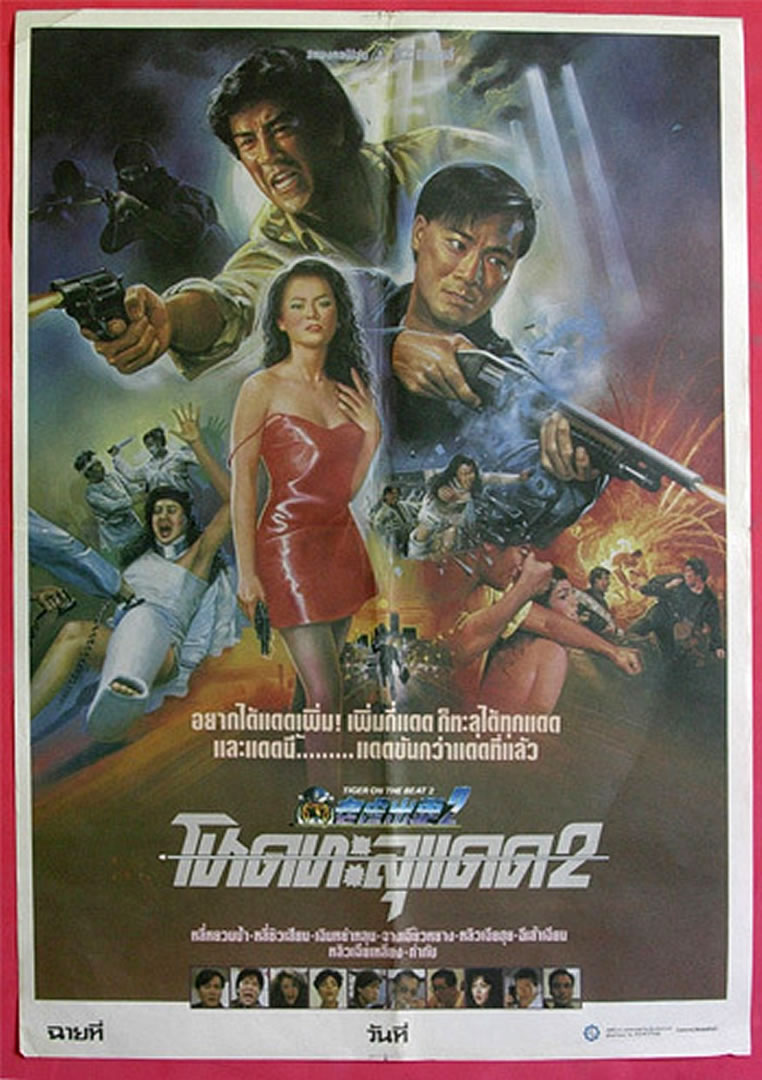 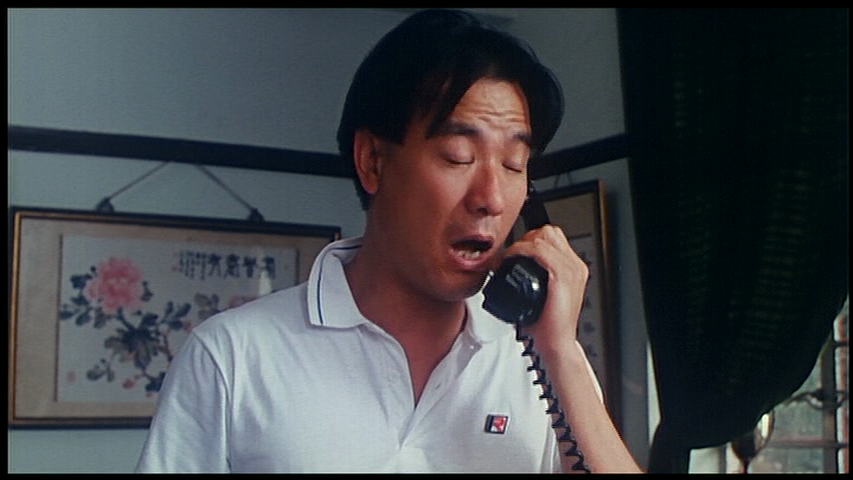 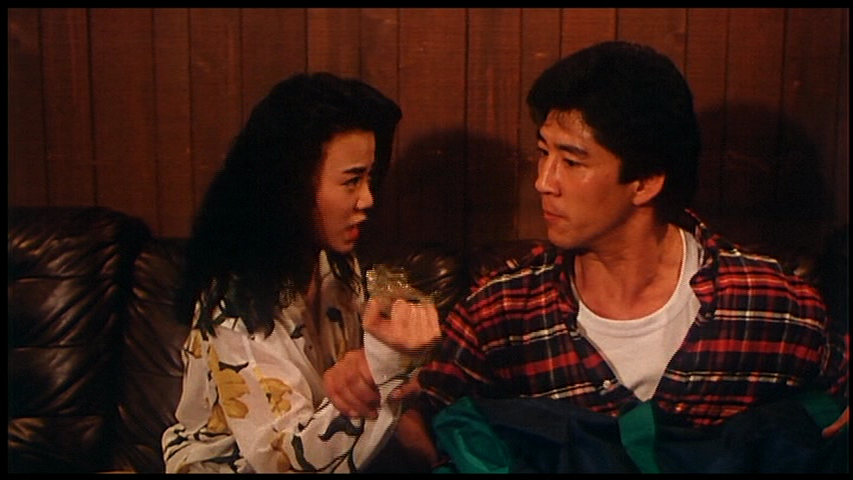 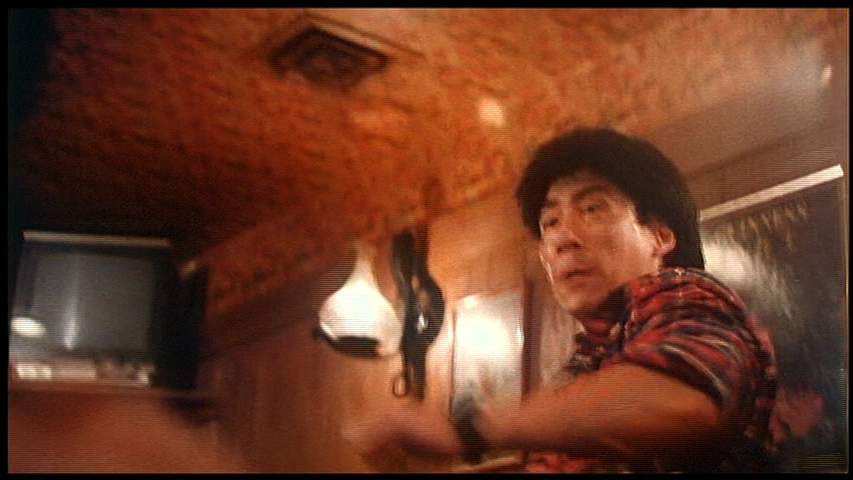 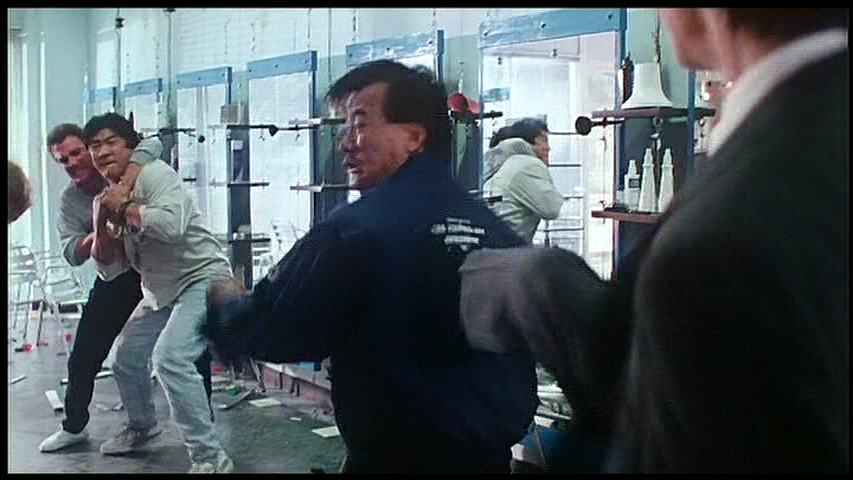