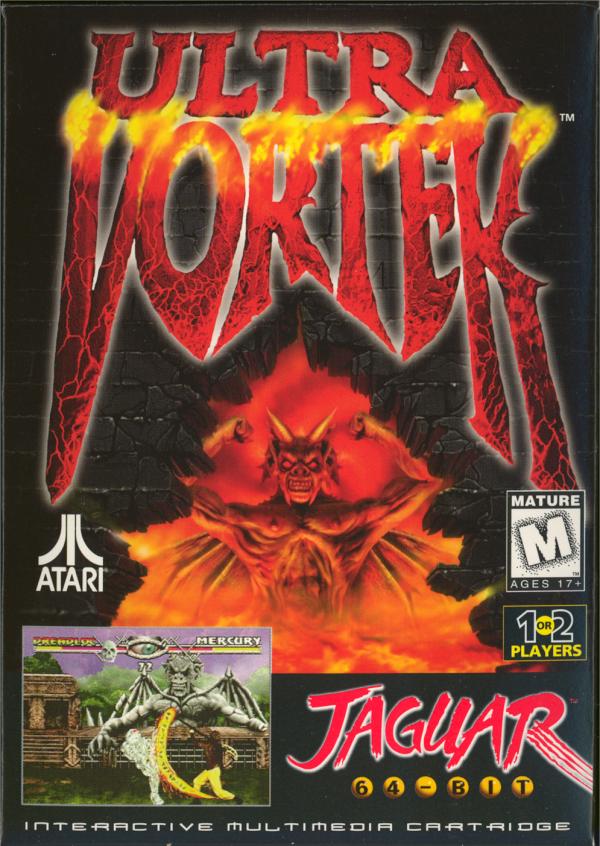 Yes i know it's not a release from the latest console ,but that's the point .When it comes to concentrating on a specific genre you have to explore all possibilities.

Any how this was the one Fighting game on Jaguar that i always wanted ,so luckily enough i managed to get one on good old eBay at a reasonable price in good condition ,but minus the manual .But then with a manual you can pay up to £70.00 for a good copy of this game .

So this was supposed to be Atari's answer to the Mortal Kombat games (even though Mortal  was in the making but canceled) and you know it works pretty well ,so well that with a few more characters and some advertising of the Jaguar from Atari this would have trounced it good and proper.

Even though only Seven playable characters and one unlock-able one . It actually kicks Butt .This shows what the Jaguar could have done had it been given time to develop.

With characters with great names like Buzzsaw / Skullcrusher and Dreadloc what you have here is a fast paced beat'em up with easy to pick up moves (even with a Jaguar pad).

All comers have basic moves ,punch ,kick,jab and uppercuts.Add to this each characters signature moves like Buzzsaw's  Gut Spear Uppercut and Dreadloc's  Speed Slice.Then come the Annihilation attacks ,just like in Mortal Kombat when a foe is beaten and he is left standing you can kill him off with your Annihilation attacks which include your own brutal kills with names like the Sizzler and Fresh Meat.

Some of these moves involve the backgrounds that come alive and kill your foe of fas well ,add to this each characters 'WAIT FOR IT ,

Poopality attack and you have a game with some depth.But what's amazing is the animation of the fighters and Backgrounds that has the edge over other 2d fighting games from those years .With flowing moves and shadow effects that will impress you and a twist in the fighting that took me by surprise .

You see even when you defeat all the opponents you enter the Shadow realm (Mortal Kombat Anyone)where you must fight the past characters in shadow form in a setting that can only be labeled as dark and somber ,which makes seeing these foes a tad difficult,but not so the game is unplayable.

It is after you have defeated these Shadow Warriors that you can face the Boss character which again has more in common with some of the Tekken games as he is a winged demon and impressive he is too.

So was it fun to play? Yes it was and i can honestly say this is the best fight game on the Jaguar and if you have a Jaguar then you must own this game it's a fight for Life and a enjoyable one too.

*Note ,the Atari Jaguar is fast becoming sought after and games like these can fetch high prices and they look set to continue rising to,so don't miss out and track down a copy.