Right in 1985 Michele Yeoh (then Khan) and Cynthia Rothrock starred in a film that would make them both house hold names.Directed by Corey Yuen and produced by Sammo Hung,Dickson Poon,Wu Ma and Leonard Ho.

Now Royal Warriors was released first in the UK on VHS as ,wait for it ''Police Assassins''.

Now when Released on DVD in the UK Yes Madam was released as ''Police Assassins''.

Now if you find your self buying the same film multiple times ,don't blame yourself . 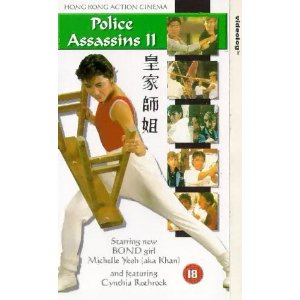 copyright © D&B Films Company / Golden Harvest 1985
UK VHS cover  (above)
Yes Madam we will call it ,is a tour de-force  in action cinema ,not only does it give Michelle Yeoh her first action role ,but it also plays host to Cynthia's first feature .The plot  is simple Michelle plays Inspector NG in the Royal Hong Kong police ,her superiors have told her that a Police inspector from Scotland Yard is coming to assist in a case involving mobster 'Tin' .
Now Inspector NG's Boyfriend Richard who she plans to go to Scotland with  has a micro film that can expose Tin's illegal activities.When Tin sends hit-man  Dick to his Hotel  to get the film and take care of matters he is disturbed by petty thief 'Asprin' who posses as a waiter to gain access to the room and taking that the occupant is sleeping ( But he's dead)   Asprin steals his wallet and passport and leave just as Inspector Ng arrives at the door ,saying that he's asleep Asprin leaves ,Ng finds Richard  dead and suspects the waiter and chases after him.
Now while this going on Dick has been hiding in the Hotel room ,unable to retrieve the film he returns to Tin.Asprin has got away while Ng searches for him.
Now Asprin takes the wallet and Passport to his friend 'Panadol' along with his friend ,wait for it  '' Strepsil '' .The three petty thieves are always arguing but really the best of friends .Panadol uses the Passport and sells it to a  local thug  ,but when Panadol finds out the Passport belonged to the dead guy after reading the papers ,he decides to tip off the police.
Now Inspector Ng is at the Airport for the tip off ,while at the same time Inspector Carrie Morris from Scotland Yard arrives ,who is being met by Ng's superiors.Now when the Passport is used and the arrest is bungled the thug goes on the run only to be stopped by Carrie ,but when sarcasm  enters  the dealings Ng and Carrie fight with Airport security getting involved in the form of Mr,Wong (Melvin Wong).
Back at the station Carrie and Ng compete with each other  to get a confession from the thug as to where he got the Passport.In fact Carrie just beats the daylights out of him.
This does not work either ,So Ng decides to let him escape and then they can find the seller ,but this is not to the amusement of Carrie.
Anyway when this pays off and the thug tries to kill Panadol  our two heroines bust in and break it up ,arresting Panadol and pumping him for the whereabouts of the guy who took the wallet ,Panadol gives the identity away when shown mugshots of  his friends and now they must track him down.

What ends up is that once Tin finds out who has the film he sends Dick to sort them out ,now it becomes a race to see who will get Asprin and Strepsil first the cops or the Tin's men.Now with Dick finding them they manage to escape but decide to take refuge in the Police station by beating up a official ,they stumble upon a situation between a cop and a warden ,taking sides of the warden they beat the cop (Wu Ma) so he arrests them .But back at the station the girls just say don't worry about it just leave ,even when they are molested by the guys.

Of course this is just a ploy to get the guys to comply with the Police on the case ,but once again the guys get the girls in trouble or so they they think when there plan to get rid of the girls fail.

Now with Panadol out and his friends arriving to part with more gear ,the three argue and it's amongst this argument that they discover the micro film ,Now Panadol and Asprin decide to play the Gangsters (hoping for a ransom for the film) while Strepsil wants to hand it to the Police.
The film comes to it's epic end with Dick finding Panadol and killing him while Asprin and tries to deal to make money with Tin .This is not going to work and when Strepsil turns up to save Asprin it all gets out of hand and it's only our Girls that's gonna set it straight in what can only be described as one of the most exciting fight scenes ever filmed as a 7 way fight breaks out with awesome displays of weapons and stunts as Dick and Carrie clash in a  fight to make you cringe ,while Inspector Ng battles another of Tins killers (Chung Fat).
I would say you have not experienced Hong Kong Cinema if you have not seen this film as it shows a mastery of action that can only be classed as ground breaking  within the genre .With top notch choreography by Mang Hoi and Corey Yuen the director and a cast of top fighters and stunt people 'Yes Madam'' is a must have .
Score out of Ten = A well deserved 10
Review Date: 31 -07 -2010
Film stills
Alternate covers from DVD /VHS 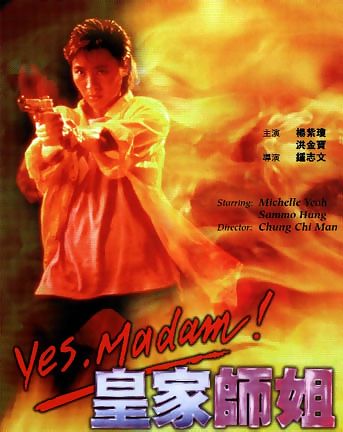 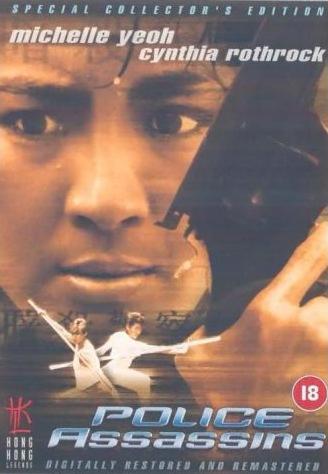 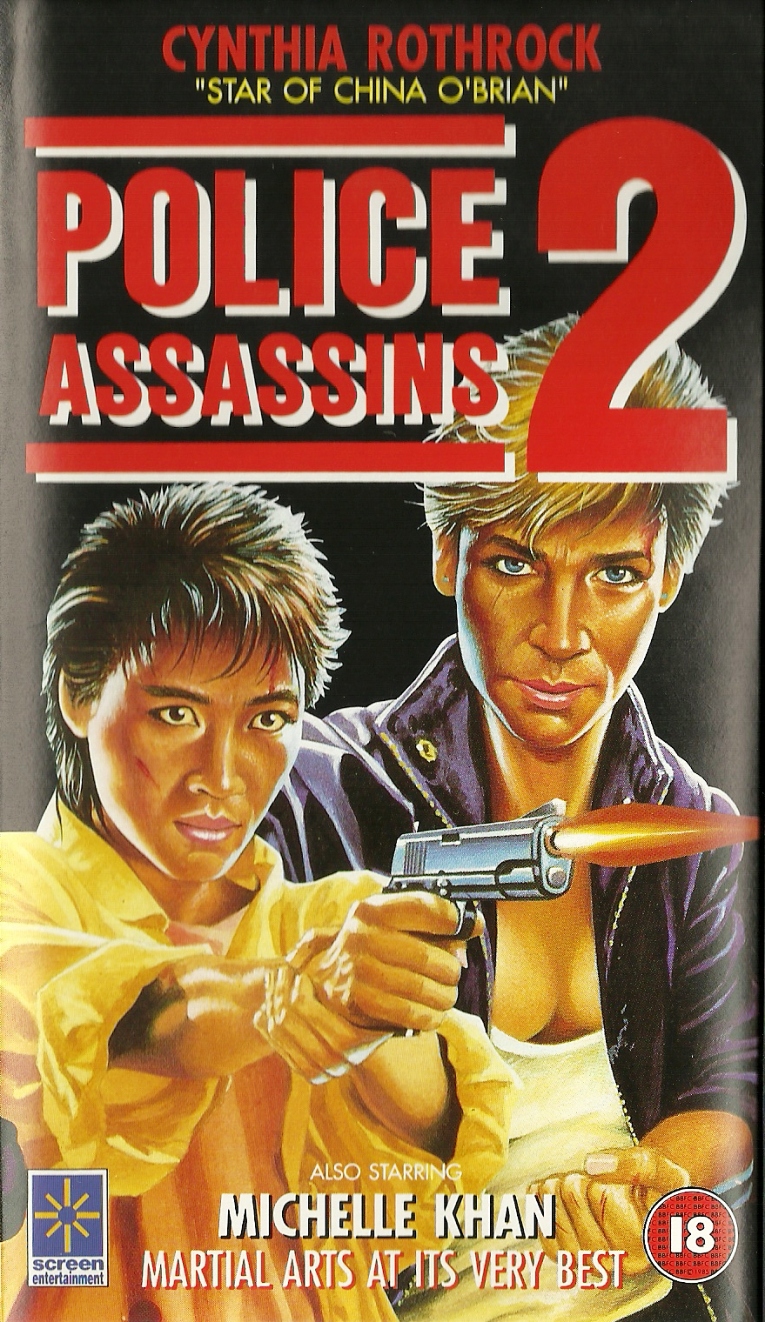