Taking place starting London on the 29th of October at the London Barbican ,Zipangufest is a festival of Japanese cinema devised by Jasper Sharp.

For the first time in the UK ,Japanese cinema gets it's own Festival ,showcasing a wide range of Japanese Cinema for all audiences.

Like i said above the festival kicked off at the Barbican London ( Fitting in with their own Japanese Festival) .

The film was released in Japan in October 2009.All three of the above mentioned had worked together on Machine Girl and one of them (Nishimura) on another favorite of Mine ''Tokyo Gore Police''. 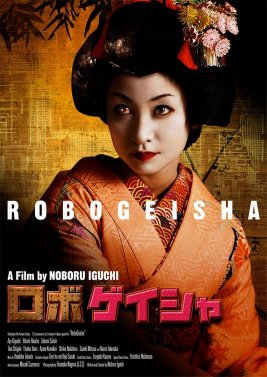 The film centers around two sisters named Yoshie and Kikue Kasuga, one who is a  geisha and her younger sister who at the beginning seems to be the forgotten child.Looking at it it's Cinderella and the Ugly sisters story but with only one sister .That is until the heads of a mega steel corporation abducts them with the intent of turning them in to Cyborgs ( Happens all the time you Know).

I won't get to in to it as a full review will appear on site as well ,but good fun was had by all at the event.

The second film on show was Big Tits Zombie in 3D ,though more a budget production ,it was more Raunchy with ample nudity and grotesque scenes of violence mixed in with some crazy madness. It all evolves around a lap dancing club where the girls discover a hidden chamber and one of the girls unleash a sort of Armageddon on the World (or at least the surrounding area) .With Zombies appearing through a evil port hole the girls must try and stop the carnage before it's to late. 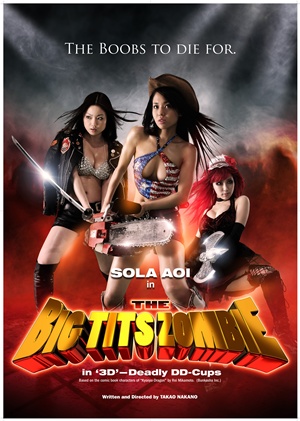 Starring Japanese Adult film star Sora Aoi ,Directed by Takao Nakano the film may be low budget but has loads of enjoyment for all .The 3D method is the old style Red and Blue glasses type ,so there is no need for expensive Projectors ,3D TV'S to view.But saying this those glasses where never really good and to be honest i could have done without the 3D element as it was quite hard to see.And many people in the cinema where not bothering to put the glasses on at the allotted time .And just watch it as it was (doubled up on screen in the 3D mode).

The film it self was excellent and i will look forward to the DVD release in 2D which i understand Terracotta video are releasing. See Review Here !

Now the the main festival kicked of on the 23rd of November in London at the Bethnal Green Working mans Club, showcasing some Independent and experimental films .

On the 24th of November they bring you a Interview in person with director Tetsuaki Matsue at the London University of African and Oriental studies at 3pm.

Later that day at Cafe 1001 at 6pm they bring  you Zipangu Fest's first standalone event kicks off with RackGaki: Japanese Graffiti.The following day on the 27th again at Cafe 1001 we have a Documentary about the birth of 'New Rock' and its legends in 1970s Japan screening at 6.30 pm.

The following events are all screening at the Genesis cinema in Whitechapel.

They have a selection of Japanese Animations of the morbid style screening on the 26th November at 9pm.

Saturday the 27th November they have three offerings through out the day starting at 4.30pm Rare screening of one of the first independent Japanese films of the postwar era.

Children of the Beehive

and 9.00pm . Girls .babes,Carnage and Mutants in 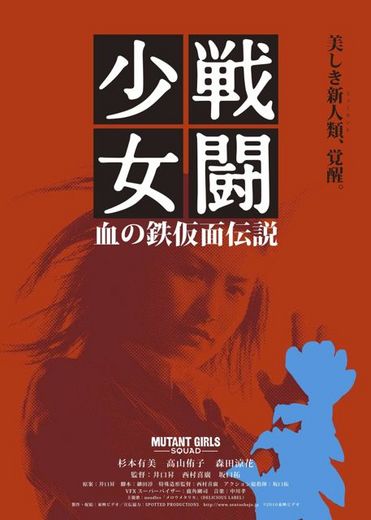 If you take the premise for Mutant Girls Squad you could liken it to the X-MEN.For what we have here is a story of Mutants living amongst humans ,one such Mutant is Rin a young Japanese Girl who is coming of age  (16) and about to find out her father is a HILKO (mutant) But whats unusual about Rin is that she is a half breed ,her mother is human .But when at her 16th birthday celebration Government assassins burst in killing her Father and Mother ,Rin's special ability takes over and she end up going on a mass killing spree .On the Run and wanted,she is rescued by a group of Hilko led by a sadistic man who wants to kill all humans.Fun and Action in a roller coaster 90minutes. Full Review Soon.

Plus on Sunday the 28th of November the Genesis will  play host to Zipangu  Retro 2 ,featuring a couple of films .

A film by the late Go-Shibata  ,it follows the outcome of a man dealing with the trauma of the effects of a A-Bomb

A violent and explosive Indie Animation from Hiroshi Harada.

So something for everyone i would say,Full reviews of the films i have been able to see will appear on site shortly.

Also on Sunday we have the closing film,which is about Corruption in the Japanese Police force ,filmed in 2006 and directed by Gen Takahashi. This is the final film in the Program for London and comes in about 3 hours ,it's

Confessions of a Dog

Also on Saturday Night is the Zipangu house Party at the Designers Block in Hoxton,starting at 9pm a mass of Japanese Music from Folk,Rock,Funk and Techno and more and live.

All that goes for me to say is Congratulations to Jasper Sharp and Zipangufest for bringing these films to our shores and opening the minds of many.Cinema is Global ,it's just a shame not many people get the chance to see or even Know of gems like these  unless they scour the net ,foreign stores or buy abroad.

looking forward to the next event .

And of Course the mighty Snowleopard.

who where lucky enough to have the time to take part and accompany me along to the shows i could get to.